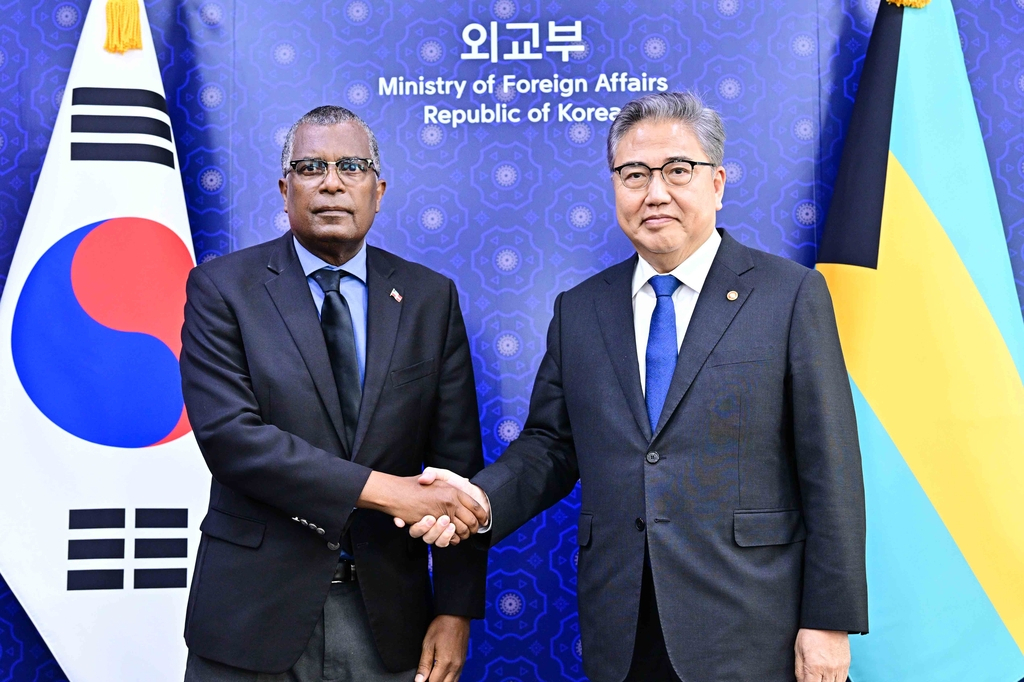 The top diplomats of South Korea and the Bahamas held talks in Seoul Tuesday on bilateral ties and cooperation on the international stage, Seoul's foreign ministry said.

During the meeting with his Bahamian counterpart Frederick Mitchell, Foreign Minister Park Jin expressed hopes to enhance bilateral ties based on their continued cooperation in the economy and humanitarian support among other areas, according to the ministry.

Park also requested support from the Bahamas for the enhancement of future-oriented cooperation between South Korea and the Caribbean region, citing the island country's chairmanship of the Caribbean Community regional bloc in the first half of next year, it said.

Mitchell is on a visit here to attend a high-level forum between South Korea and Caribbean countries on Wednesday.