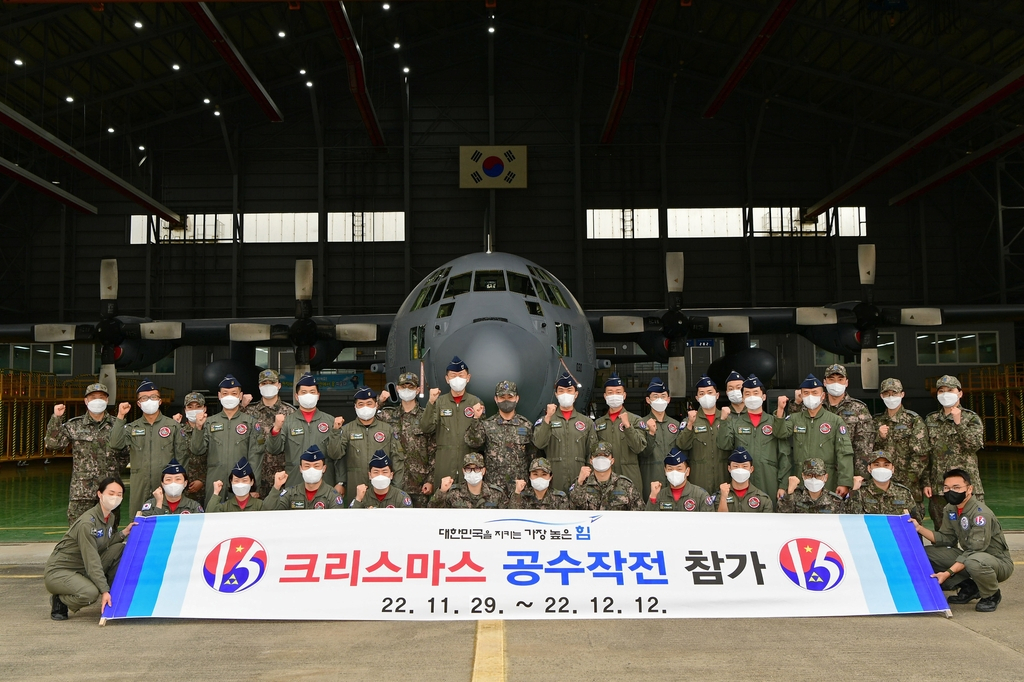 Air Force personnel pose for a photo on Monday, a day before their departure for Guam to join a US-led multinational humanitarian airlift operation. (S. Korean Air Force)

South Korea's Air Force said Tuesday it will participate in a US-led multinational humanitarian operation in Guam, an effort to enhance its airlift and other operational capabilities.

It sent a C-130 transport plane and around 30 service members to Operation Christmas Drop, an annual event that the US Pacific Air Forces is set to host at Andersen Air Force Base in Guam from Tuesday through Dec. 12.

Launched in 1952, the operation is the US military's longest-running airlift mission designed to deliver basic necessities to residents of Micronesia in the Pacific Ocean. This year's edition involves troops from South Korea, the United States, Japan, Australia and New Zealand.

The South Korean team departed for Guam earlier in the day. After a preliminary training session at the Guam base, it plans to engage in a mission to airlift medicine, clothes and other basic necessities to islanders in Micronesia from Sunday through Dec. 9.

"The participating troops will package, load and unload supplies and airlift them with an aim to enhance combined airlift capabilities," the Air Force said in a press release.

South Korea has participated in the annual operation since last year at the invitation of the US Air Force.