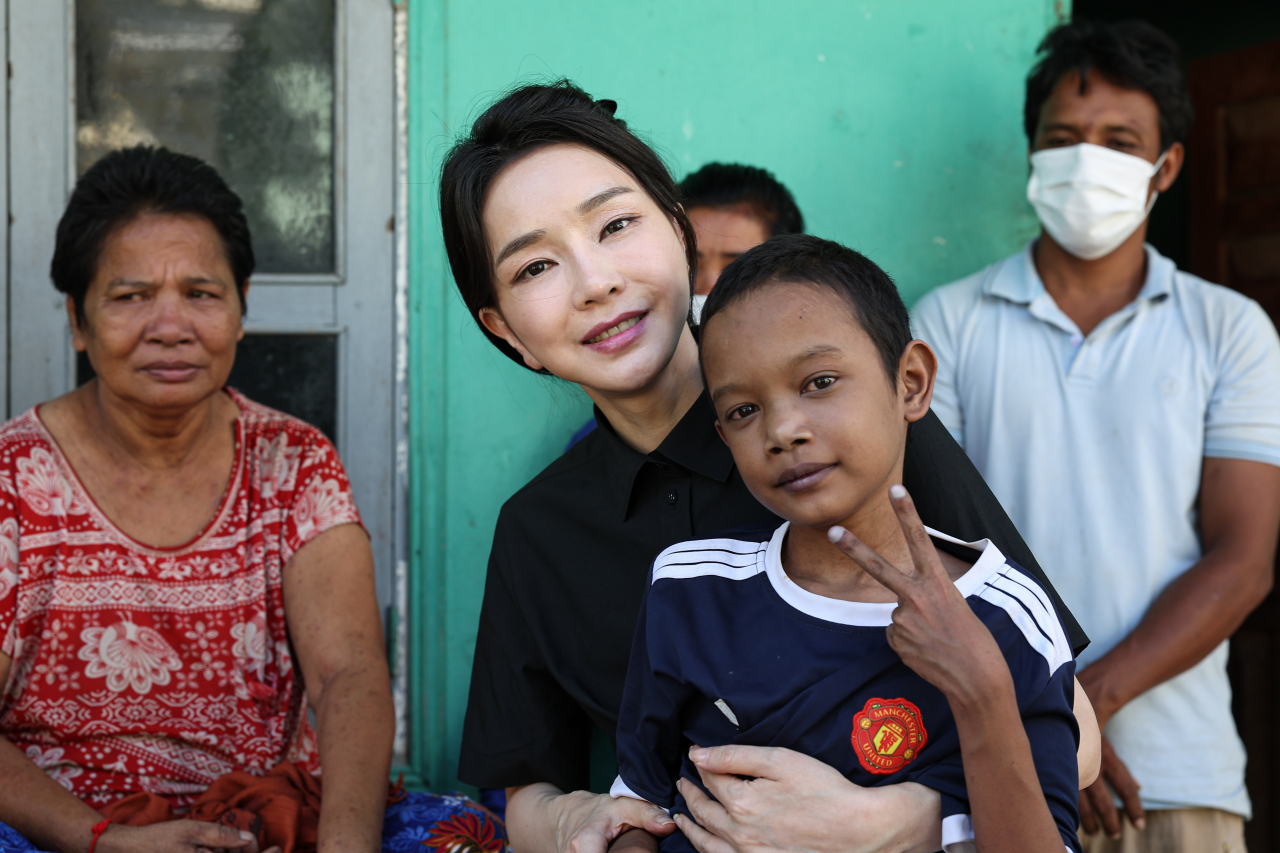 First lady Kim Keon-hee meets with the family of a Cambodian boy with a heart condition during her trip to Cambodia on Nov. 12 (Yonhap)

The Cambodian boy who was visited by South Korean first lady Kim Keon-hee last month will be given cost-free care at a top hospital in Seoul next month.

Asan Medical Center, one of the largest hospitals in Seoul, said Monday that all of the boy’s medical expenses will be covered by the hospital and its parent foundation, the Asan Foundation.

The boy, who is reported to be suffering from a congenital heart disease, will likely be treated at the Seoul hospital’s pediatric cardiac center.

An Asan Medical Center official told The Korea Herald that it was working with the nonprofit organization supporting the Hebron Medical Center -- a nonprofit hospital established in 2007 by a South Korean doctor in Phnom Penh -- where the boy was being treated.

“We have volunteered services there, and we have had patients fly in to provide services,” a hospital official told The Korea Herald. “So this is not the first time.”

The first lady visited the family of the boy at their home in the Cambodian capital during her trip to the country on Nov. 12, according to the presidential office.

She decided to pay him a visit after she learned that he wasn’t able to be at the Hebron Medical Center on the day she was meeting several other child patients.