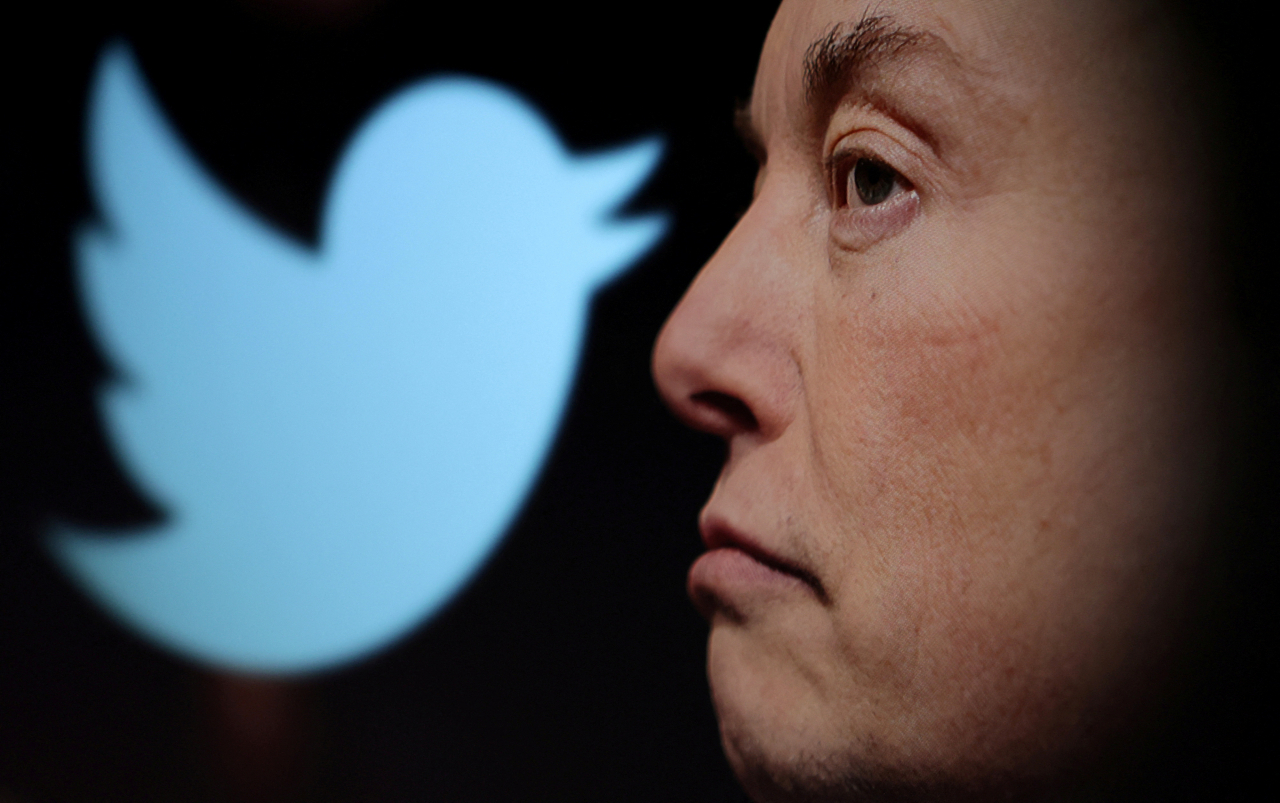 The Twitter logo and a photo of Elon Musk are displayed through a magnifier in this illustration. (Reuters-Yonhap)

According to local data tracker Mobile Index, the average time a local user spent on Twitter was 43.94 minutes for the four weeks of Oct. 28 to Nov. 24, down from 45.9 minutes marked a month prior to the highly publicized purchase.

The number of daily active users on the platform in that period, however, increased slightly, possibly due to the Itaewon Halloween crowd crush that occurred on Oct. 29.

The average number of Twitter users in Korea was estimated at 2.5 million over the cited period, up 3 percent from the previous month’s 2.43 million, the data showed.

On the day after the deadly tragedy in Itaewon, there were some 2.69 million active users on Twitter. The figure represented the largest number since data tracking began in May 2020.

The Korean user data comes after Musk recently touted that new user signups are at an “all-time high” amid worries over a mass exodus of advertisers and users after his acquisition. He also said that user active minutes were at a record high, averaging nearly 8 billion active minutes per day in the last seven days as of Nov. 15, an increase of 30 percent from the same week last year.

Meanwhile, Musk has predicted the number of active users on Twitter will exceed 1 billion in the next 12 to 18 months.