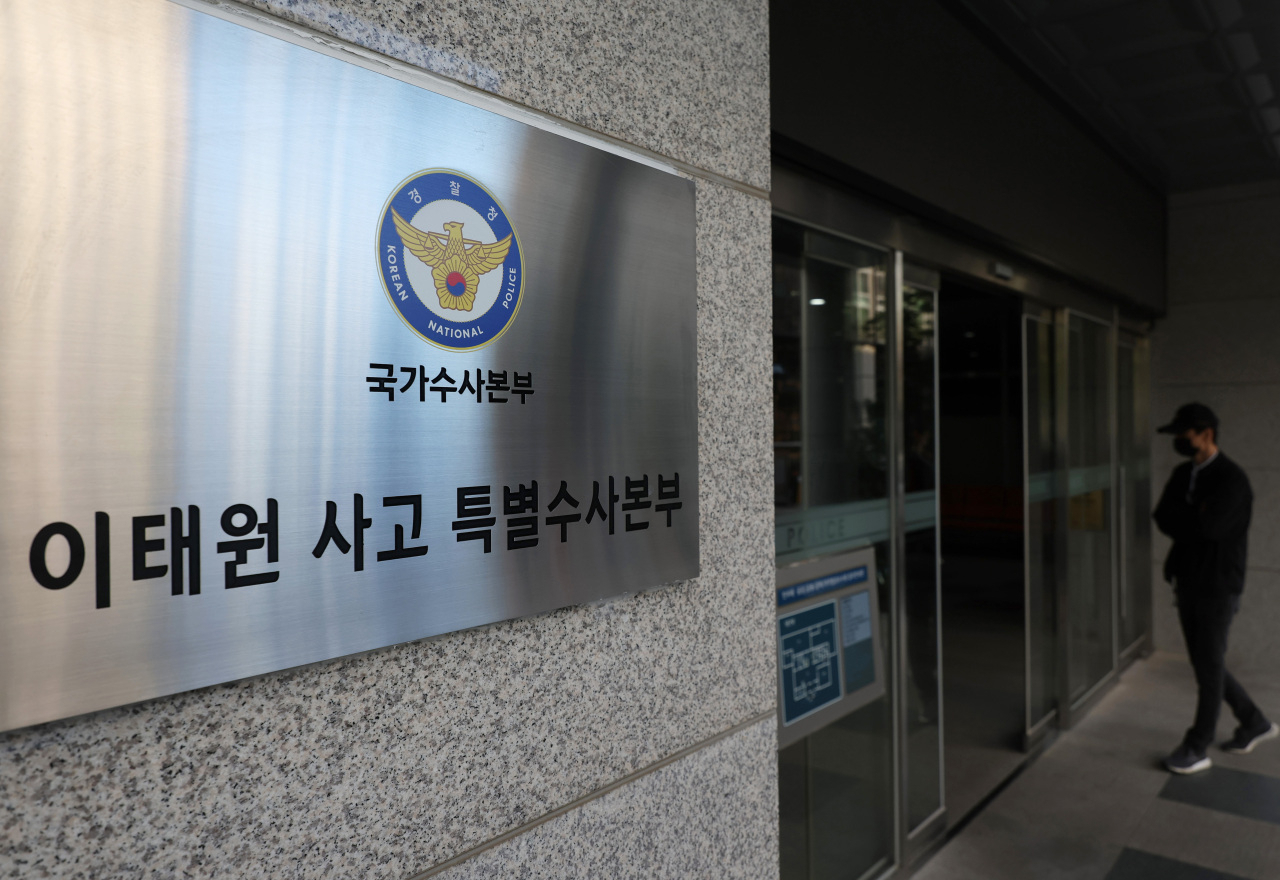 The office of special investigation police division, looking into the deadly crowd surge in Itaewon that took the lives of at least 156 people, has been launched at the Seoul Metropolitan Police Agency's Mapo branch in western Seoul on Nov. 7. (Yonhap)

Police brought in a Yongsan Ward chief and a former high-ranking intelligence officer for questioning on Monday for the second time as part of their ongoing investigation into the bungled response to the crowd crush in Seoul's Itaewon neighborhood.

Yongsan Ward office chief Park Hee-young, who oversees the Itaewon district, and Park Sung-min, a superintendent general, appeared before a special investigation team at a building in western Seoul separately as suspects.

The Yongsan Ward chief has been booked on charges of professional negligence resulting in the deaths of 158 people, mostly those in their 20s, on Oct. 29. She has also been banned from leaving the country.

The team is investigating whether she had sufficient disaster prevention planning for the Halloween crowds in advance and whether she was faithful to her duties to promptly respond to the accident.

Meanwhile, Park, a superintendent general, is under suspicion of ordering the deletion of an internal intelligence report giving prior warnings of a possible safety accident during the Halloween period in a suspected attempt to cover up inaction. A superintendent general is the fourth-highest rank.

He is the highest-ranking police officer among a total of 17 police officers and government officials booked for police investigation.

The team said it plans to seek pretrial detention warrants against some of the suspects this week. (Yonhap)