The upcoming second match for South Korea against Ghana on Monday will be a crucial one, but not quite enough to ensure its survival in Group H of the FIFA World Cup in Qatar.

South Korea and Uruguay are currently tied at second place with one point they earned from their scoreless draw on Thursday, while Portugal leads the pack with three points and Ghana is last with zero, as a result of Portugal’s 3-2 victory over the latter in their first match of the group stage.

If South Korea wins, it will acquire three extra points and move close to the knockout stage. But Uruguay could still surpass Korea with the results of the remaining games, since they currently sit at the exact same spot in the table.

Even if South Korea loses and Uruguay wins, the former could still catch up by winning the final game against Portugal if Uruguay drops its own final against Ghana. This seems unlikely, however, as Portugal and Ghana are respectively the highest and lowest ranked of the bunch, but this World Cup has not been short on shocking upsets. 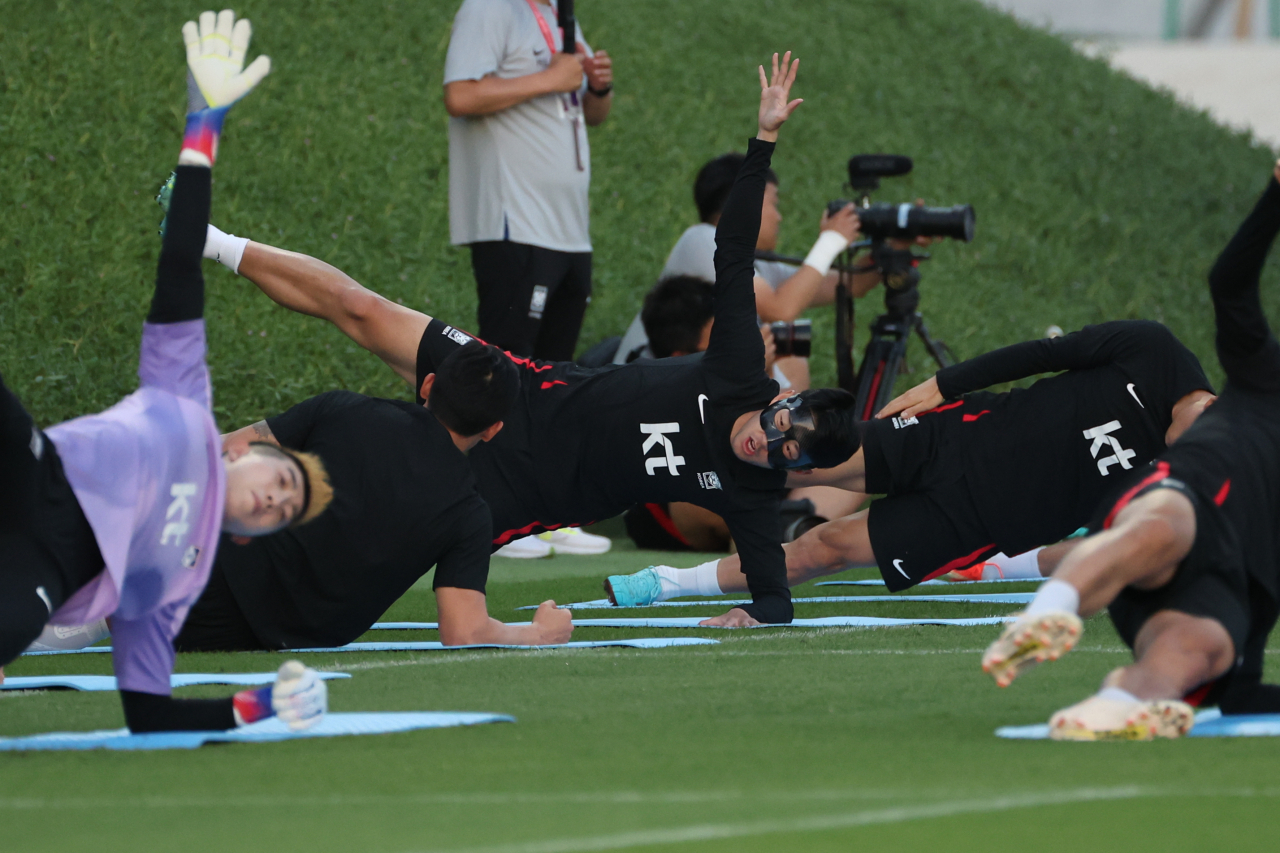 Portugal, on the other hand, could confirm a spot in the top 16 by snagging a second win on Monday against Uruguay, since Uruguay’s best-case scenario would then be one win, one draw and one loss, with a win over Ghana in the last match. This means Uruguay cannot catch up to Portugal, and since both Ghana and South Korea getting two wins is impossible, Portugal will clinch its berth by beating Uruguay.

For Ghana, the solitary team of Group H with a loss, another such result today will mean its automatic elimination. If Ghana loses to South Korea, its best-case scenario becomes one win and two losses, assuming a win over Uruguay.

Assuming Ghana beats Uruguay in their last match, and no other team registers a win for the remainder of the group stage, this would mean South Korea, Uruguay -- with three draws -- and Ghana will be tied with three points each. If this were to happen, Ghana would place last since it is currently minus one in goal differential.

To sum up, no matter the results of Monday, South Korea and Uruguay will have to wait until their final matches on Saturday to see if they advance. But a Portugal win would clinch its berth, and a Ghana loss would ensure its elimination, regardless of the results of the other matches