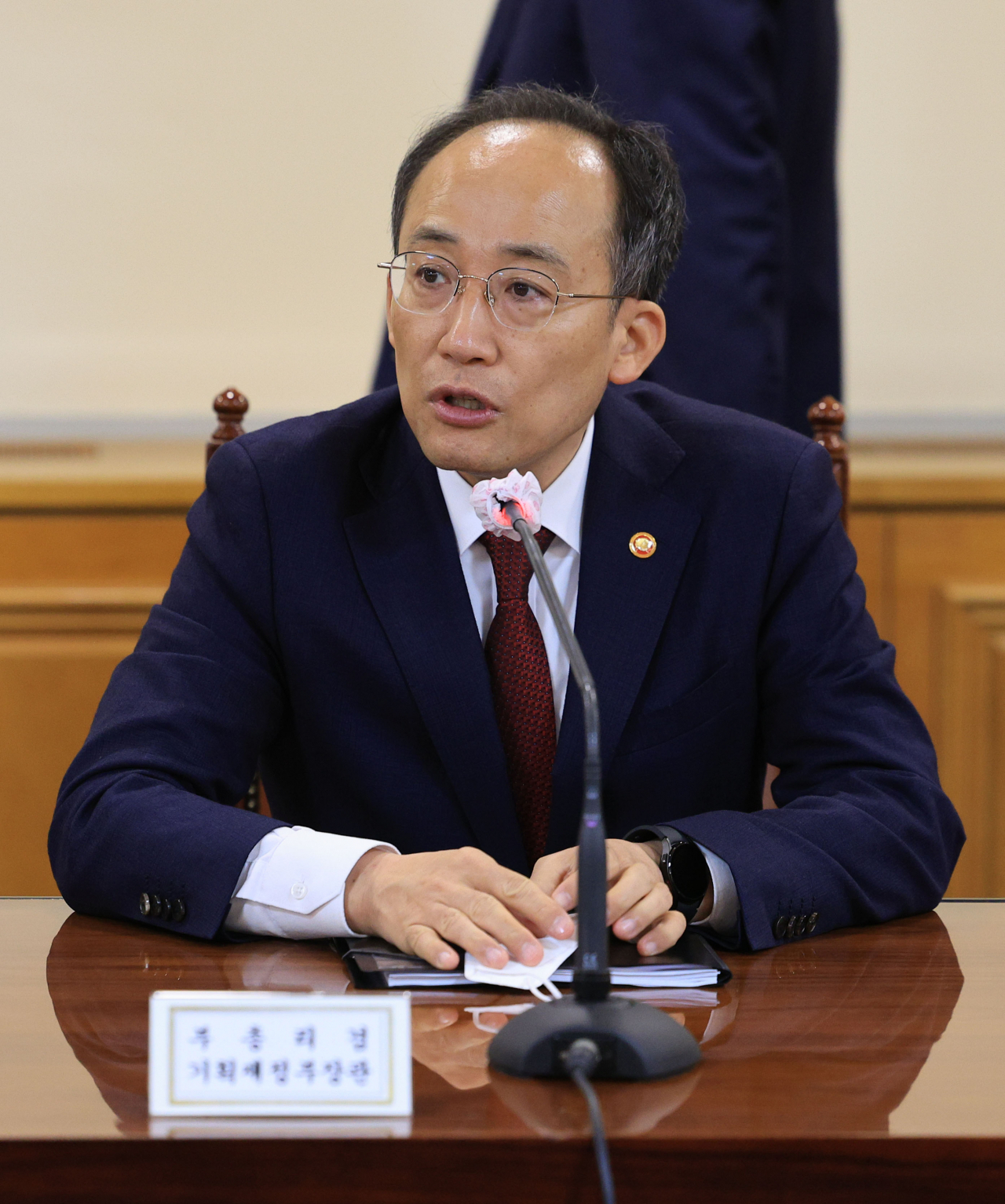 Finance Minister Choo Kyung-ho speaks during a meeting in Seoul on Monday. (Ministry of Economy and Finance)

South Korea plans to reduce the issuance of bonds by state-run companies, the finance ministry said Monday, in line with the country's efforts to stabilize the bond market hit by uncertainties.

The plan was announced during an emergency meeting of economy-related ministers in Seoul earlier in the day, presided over by Finance Minister Choo Kyung-ho, according to the Ministry of Economy and Finance.

"Under cooperation with the banking sector, we will seek to have state-run organizations, including the Korea Electric Power Corp. and the Korea Gas Corp., reduce their bond issuance, or issue them over different periods, and have them seek bank loans," the finance ministry said in a release.

The move came as South Korea's capital market, especially the corporate bond market, has been facing jitters in the wake of a recent Legoland-linked debt default and growing worries over a credit crunch.

"Until the end of this year, there are still key events remaining, including the announcement of inflation data and the rate setting of major countries," Choo said during the meeting.

The minister added the recent strike of truckers is expected to further weigh on the South Korean economy, which may potentially lead to more volatility in the local financial market. (Ministry of Economy and Finance)