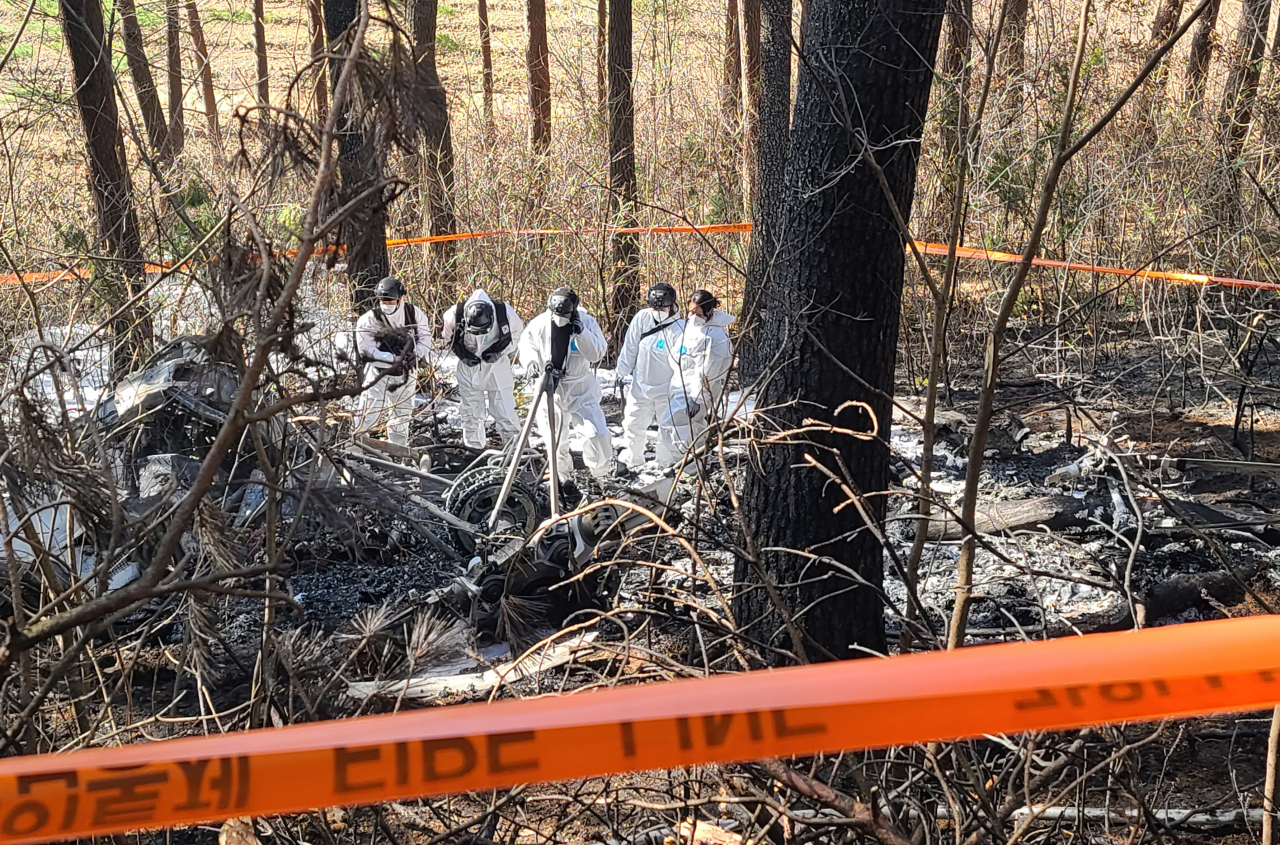 First responders search for survivors after a helicopter crashed into a hill in Yangyang, Gangwon Province, on Sunday. (Yonhap)

YANGYANG -- Five people were killed in a helicopter crash near a Buddhist temple in the eastern coastal county of Yangyang on Sunday, fire officials said.

Identification of the victims was under way, as officials had initially presumed only the two people on board -- a 71-year-old pilot and a 54-year-old mechanic -- had been killed.

The chopper, an S-58T on lease by the local governments of Yangyang, Sokcho and Goseong, crashed on a hill around 10:50 a.m. while surveying the area against forest fires, officials said.

The helicopter made by US helicopter manufacturer Sikorsky was smashed into pieces and burst into flames, but the fire is unlikely to spread, as it has mostly been put out, they said.

"We can see that the two passengers were killed in the helicopter's body, but it's difficult to reach them because the fire is being put out and the possibility of additional explosions exists," said one fire official.

The fire authorities have deployed one chopper, 28 pieces of equipment and 114 personnel, including first responders, to the scene. (Yonhap)