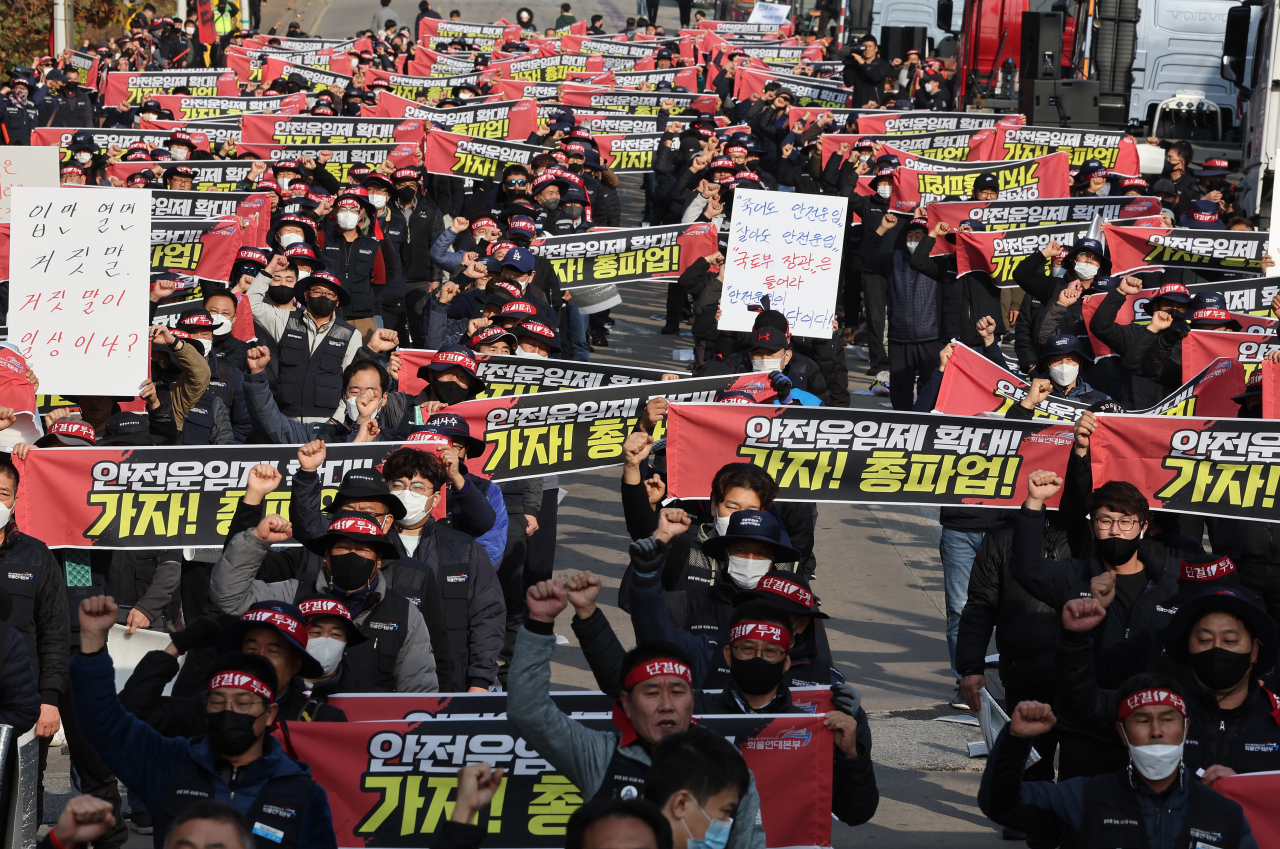 Truckers call out their demand in a ceremony launching a strike in front of a container depot in the city of Uiwang on Thursday. (Yonhap)

Striking cargo truckers and the government will sit down next week to seek a negotiated solution to the nationwide walkout that continued to disrupt supply chains across the cement and steel industries on its third day Saturday.

Truck drivers went on strike Thursday, the second strike this year in less than six months, demanding the government extend temporary rules guaranteeing minimum freight rates, citing high fuel prices. The rules are set to expire at the end of this year.

According to the land ministry, at least 5,400 of the 22,000-member Cargo Truckers Solidarity Union had been taking part in the strike as of Saturday.

The truckers' union and the government have agreed to sit down Monday afternoon in the administrative city of Sejong for their first negotiations since the strike kicked off.

Many, however, see little chance of breakthrough, with the government remaining negative about making the freight rate system permanent, as vehemently demanded by the strikers.

President Yoon Suk-yeol has warned the government could use an executive order to force striking truckers to return to work.

The government is reviewing whether to issue the return order on industries hit hardest by the strike, such as cement or ready-mix concrete sectors. The government has no record of issuing the order since it was introduced in 2004.