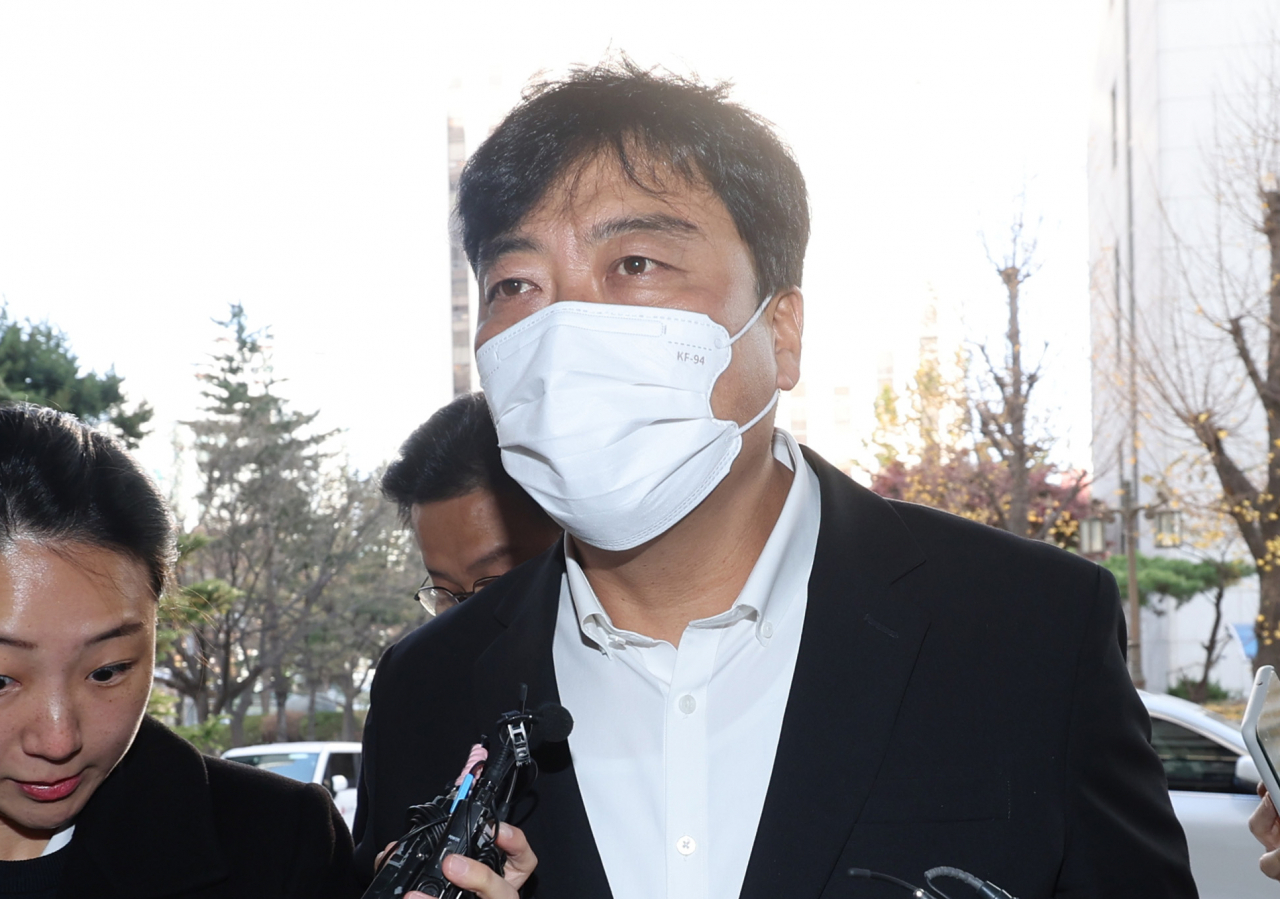 A special police investigation team called in the chief of the Yongsan Fire Station for questioning on Saturday as part of its widening investigation into the bungled response to the crowd crush in Seoul's Itaewon neighborhood.

Choi Seong-beom, chief of the Yongsan Fire Station, appeared at the investigation team's office in Seoul's Mapo district earlier in the morning for his second interrogation in connection with the Oct. 29 incident that killed at least 158 people. He was first quizzed on Monday.

"I will sincerely respond to the investigation," he told reporters before entering the police building.

Choi has been booked on charges of professional negligence resulting in death for alleged lax emergency response to the deadly accident.

The focus of the investigation on Choi is on why he did not promptly issue emergency mobilization summons in response to the deadly accident and why a Halloween crowd response team from his fire station was out of reach on the night of the accident.

Saturday's questioning followed a police search of the National Fire Agency a day earlier on suspicion that it created false documents related to emergency rescue operations.