Cho and his wife recently signed a deal to rent a home in Seonbu-dong, but Cho's wife on Thursday was given back the 10 million won ($7,522) deposit along with a 1 million won cancellation fee. It was reported by local media that the couple plans to stay at his current residence in Wa-dong, Ansan, for the time being.

The convict has been living in Wa-dong since being released from prison in December of 2020, but was asked to leave by his landlord recently when the contract expired earlier this month.

Cho had initially attempted to move to Gojan-dong in the same city, but the landlord cancelled the deal after learning of the tenant's identity. In case of the Seonbu-dong home, Cho's wife lied and said her husband was an office worker. 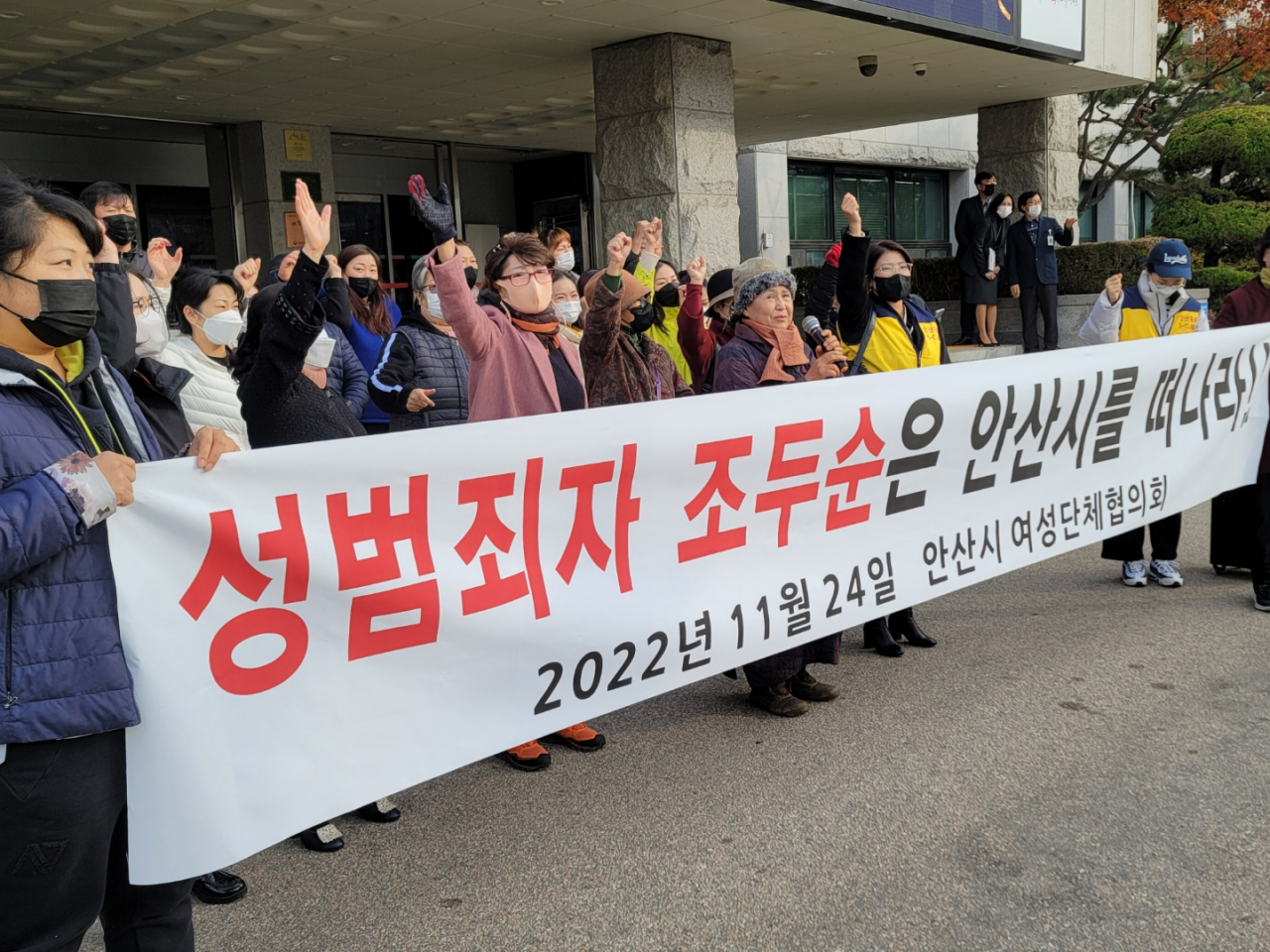 Women's rights groups and residents of Seonbu-dong, Ansan, Gyeonggi Province hold a press conference on Thursday in front of the Ansan City Hall, demanding that the convicted child rapist Cho Doo-soon should leave the city. (Yonhap)

Residents of Seonbu-dong held a press conference with the women's rights groups in the area to demand that Cho move to another location.

Cho, 70, was convicted in 2008 of raping and severely injuring a then-8-year-old girl, and was sentenced to 12 years in prison. In the verdict, the court said Cho should have been given a life sentence, but the term was reduced under the Criminal Act that stipulates mitigated punishment for a person who is deficient in making a decision or controlling themselves.

This is usually applied for reducing sentences of those who committed crimes under the influence of alcohol, as in case with Cho. His crime and the subsequent sentence sparked nation-wide furor and sparked controversy about the aforementioned clause.

A similar controversy broke out concerning a serial rapist Park Byung-hwa, when civic groups of Hwaseong, Gyeonggi Province held a press conference on Wednesday to demand that Park leave his current residence in the city. He has been living in Hwaseong since Oct. 31, after being released from his 15-year prison term for raping 10 women from 2002 to 2007.