South Korea managed to hold the heavily-favored Uruguay to a 0-0 draw in their first match of the FIFA World Cup Qatar 2022 on Thursday, keeping hopes of reaching the knockout round in the talent-packed Group H.

Neither team managed to get through each other’s defense throughout the game held at the Education City Stadium in Al Rayyan, just West of Doha. 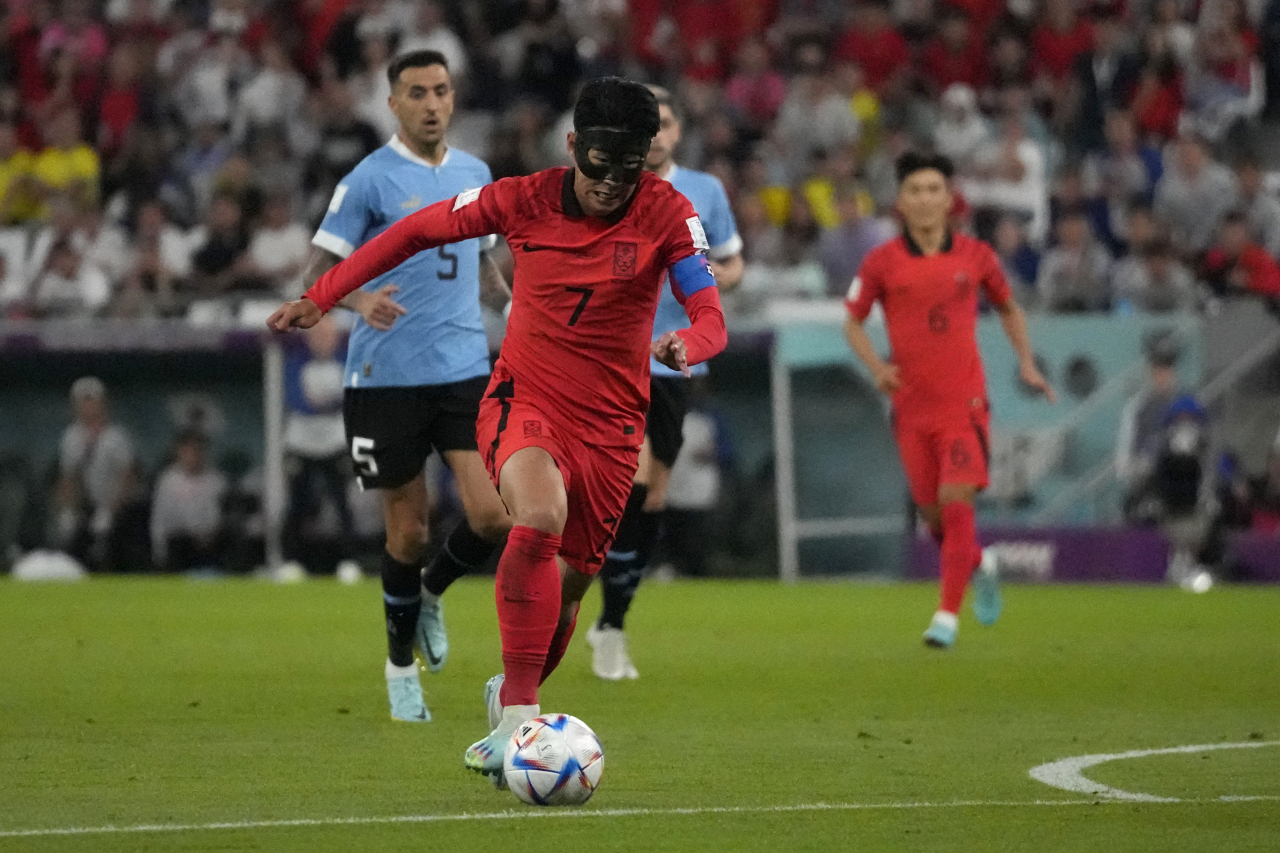 Although Koreans failed to log a win in the table, holding the powerful Uruguay squad to a draw is an achievement, as the South American team is considered one of the dark horses of the tournament.

South Korea will face off against Ghana at 4 p.m. local time next Monday, or 10 p.m. Korean time, at the same venue. The last match for South Korea in the group stage against Portugal will be held at 6 p.m. on Dec.2, or midnight Korean time, again at the Education City Stadium.

Portugal and Ghana will kick off their first match of the group stage at 7 p.m., Thursday, local time, at Stadium 974 in Doha.