Although Son Heung-min is considered one of the best forwards in the world, thanks to his stellar performance with Tottenham Hotspur, the South Korean captain has yet to play in the knockout stages of the World Cup.

South Korean manager Paulo Bento confirmed Wednesday that Son will play in the team's first game of the group stage of the FIFA World Cup Qatar 2022 against Uruguay on Thursday, and Son is seeking to lead his team to the second round of the World Cup for the first time since 2010.

Son's last World Cup outing was a bittersweet memory. Sonny played as brilliant as ever by scoring two out of South Korea’s three goals in the 2018 FIFA World Cup in Russia, including one that clinched the 2-0 upset over the defending champion Germany.

But the team failed to make it to the next stage, having lost games against Sweden and Mexico. 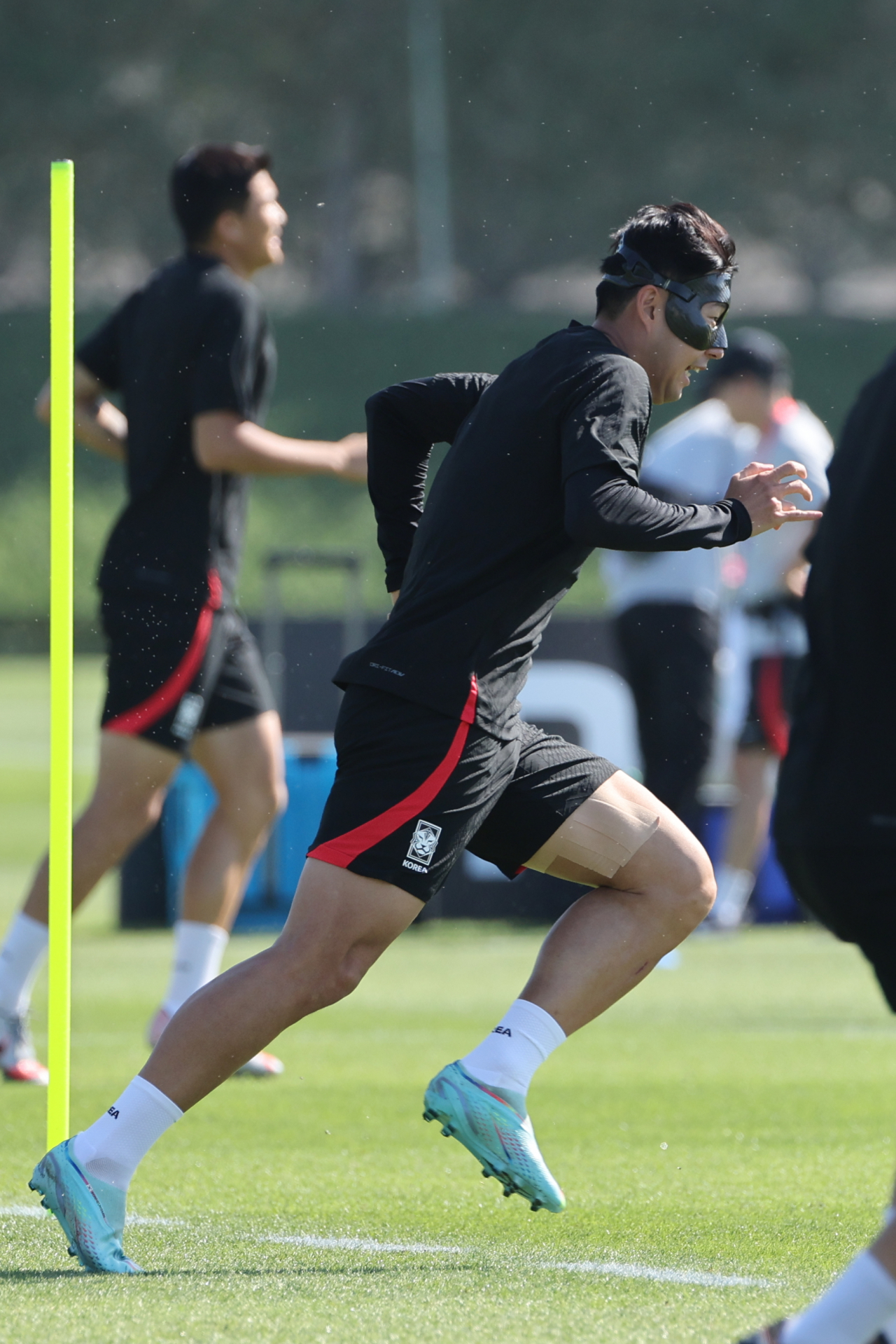 Things were much worse during the 2014 FIFA World Cup in Brazil, Son's first time playing in the event. With no wins and two losses, South Korea finished with the worst record since 1998. It was also the first time since then that the team failed to register a victory on the World Cup stage.

The then-22-year-old Son's standout performance and his first World Cup goal against Algeria was a small consolation prize for the fans, disappointed by the otherwise lackluster performance from the Red Devils squad.

Son will gear up for the first match with the pride of the nation on his shoulders and protective mask on his face, having sustained a face injury earlier this month while playing for the Spurs.

Korean fans will take to the streets of Gwanghwamun Plaza in central Seoul to cheer for their team during the Group H match, set to take place at 4 p.m. local time, or 10 p.m. Korean time, at the Education City Stadium in Al Rayyan, Qatar.