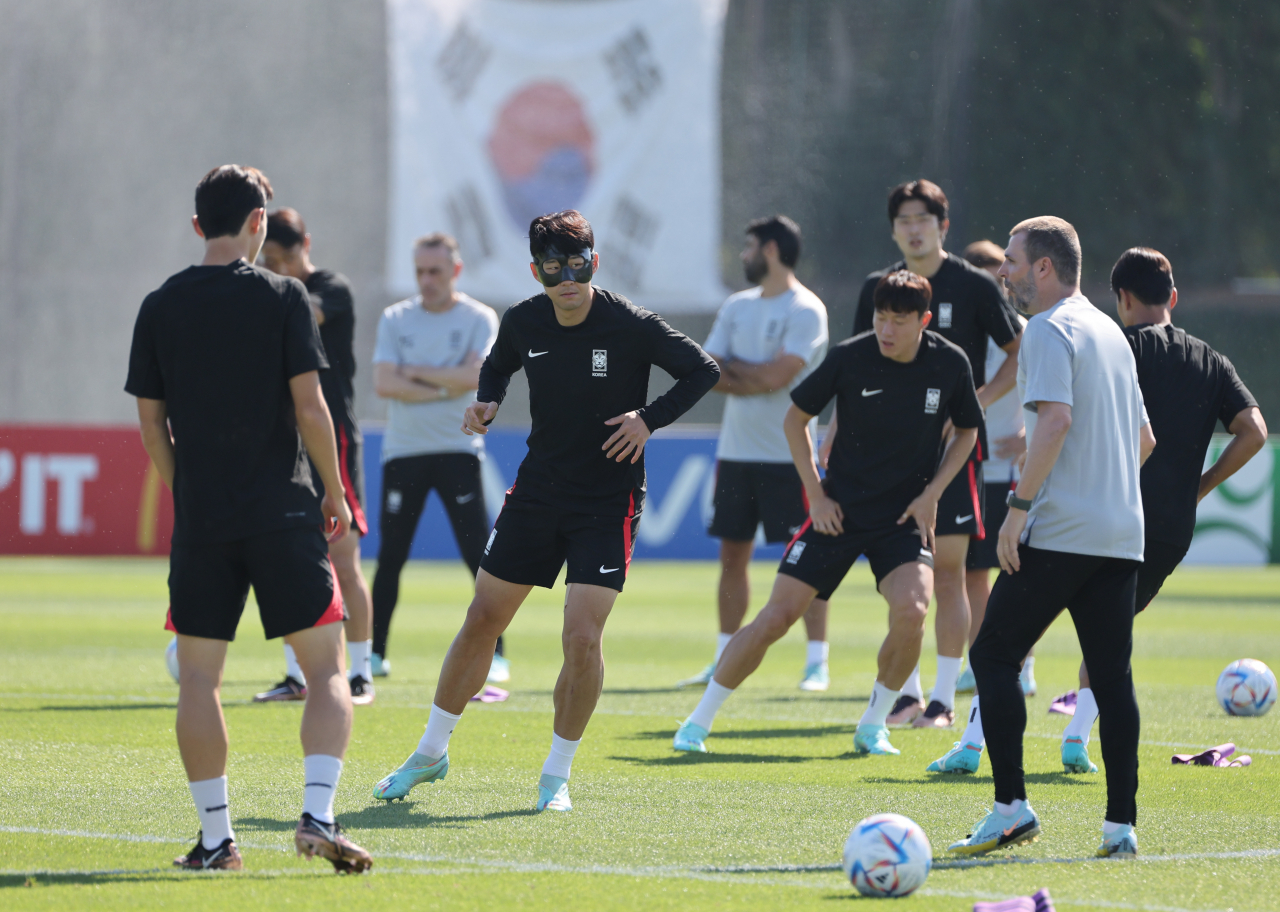 AL RAYYAN -- Shaking off a rocky start to the FIFA World Cup in Qatar, Asia has stolen the show on football's biggest stage.

Now it will be up to South Korea to keep the good vibes going for the continent Thursday, when they open Group H play against Uruguay at Education City Stadium in Al Rayyan, just west of Doha. The kickoff is 4 p.m. in Qatar, and 10 p.m. in South Korea.

The Taegeuk Warriors have a tough act to follow, with Saudi Arabia having shocked world No. 3 Argentina on Tuesday and Japan rallying past Germany by the same score the next day.

Takuma Asano scored the winner in the 83rd minute for Japan at Khalifa International Stadium in Al Rayyan, eight minutes after Ritsu Doan had netted the equalizer. Ilkay Gundogan scored the lone German goal with a 33rd-minute penalty.

Japan's victory isn't quite the upset on the scale of Saudi Arabia's stunner, at least based on FIFA rankings. Japan are ranked 24th, 13 spots below Germany. Argentina are ranked 48 places ahead of Saudi Arabia.

But it was nonetheless a significant win for Asia. And if South Korea can pull off their own upset -- they are ranked 28th in the world, with Uruguay checking in at 14th -- then it will be the first time for three Asian countries to capture their opening matches at one World Cup tournament.

South Korean players spoke of being inspired by Saudi Arabia's victory Tuesday. And Japanese players said much the same thing following their own win.

This development was unthinkable at the start of the tournament. Qatar lost to Ecuador 2-0 on Sunday, becoming the first World Cup host country to drop their tournament opener. The next day, Iran, the highest-ranked Asian team at No. 20, suffered a 6-2 drubbing at the hands of England.

There have been two occasions in which two Asian teams won their first matches at a single World Cup competition. In 2010 in South Africa, South Korea beat Greece 2-0 and Japan blanked Cameroon 1-0 to begin their journeys.