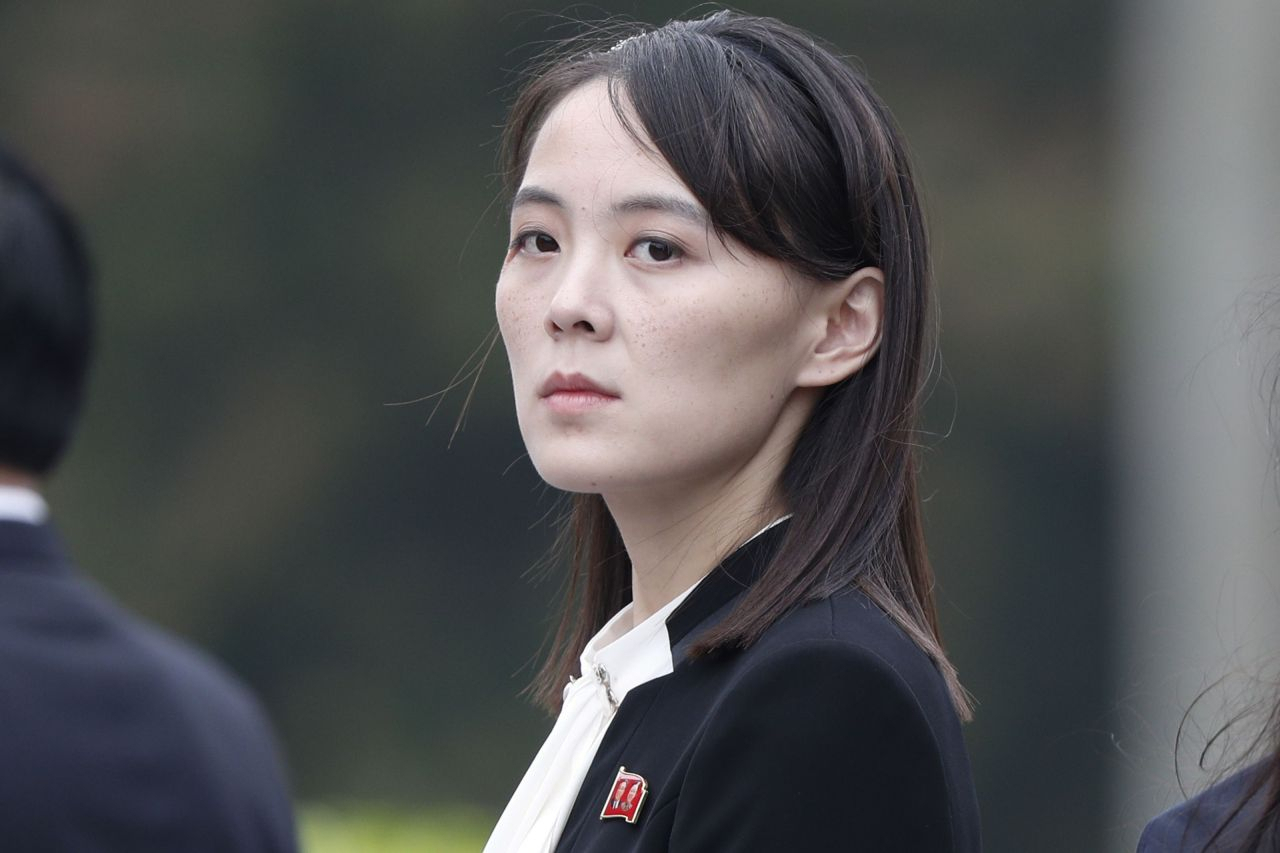 The sister of North Korean leader Kim Jong-un on Thursday lashed out at South Korea's Yoon Suk-yeol administration for seeking more independent sanctions on Pyongyang, calling it a "faithful dog" to Washington.

Kim Yo-jong, vice department director of the Central Committee of the Workers' Party of Korea, harshly criticized the South for labeling the North's military exercise as a "provocation" and pushing to slap additional sanctions on Pyongyang.

"As soon as the US talked about its 'independent sanctions' against the DPRK, South Korea parroted what the former said," she said in an English-language statement carried by the official Korean Central News Agency, using the acronym for the North's official name, the Democratic People's Republic of Korea.

"This disgusting act shows more clearly that the South Korean group is a 'faithful dog' and stooge of the US," she added.

Kim took aim at the conservative Yoon administration's approach toward the North, saying the South had not been "our target" at least when the preceding liberal Moon Jae-in government was in power.

"I wonder why the South Korean people still remain a passive onlooker to such acts of the 'government' of Yoon Suk Yeol and other idiots who continue creating the dangerous situation," she said.

Kim warned that the "desperate" sanctions and pressure against the North will add fuel to the regime's hostility that will only "serve as a noose" for Seoul and Washington.

"If they think that they can escape from the present dangerous situation through 'sanctions,' they must be really idiots as they do not know how to live in peace and comfort," she added.

She also described Seoul as a "running wild dog on a bone given by the US" and a "servant" attached to its "master."

Earlier this week, Seoul's foreign ministry said it was considering imposing independent sanctions in response to the North's provocations, including the launch of its intercontinental ballistic missile capable of reaching the entire US mainland.

She is known for her influence on inter-Korean affairs in the Kim regime and other external issues. (Yonhap)