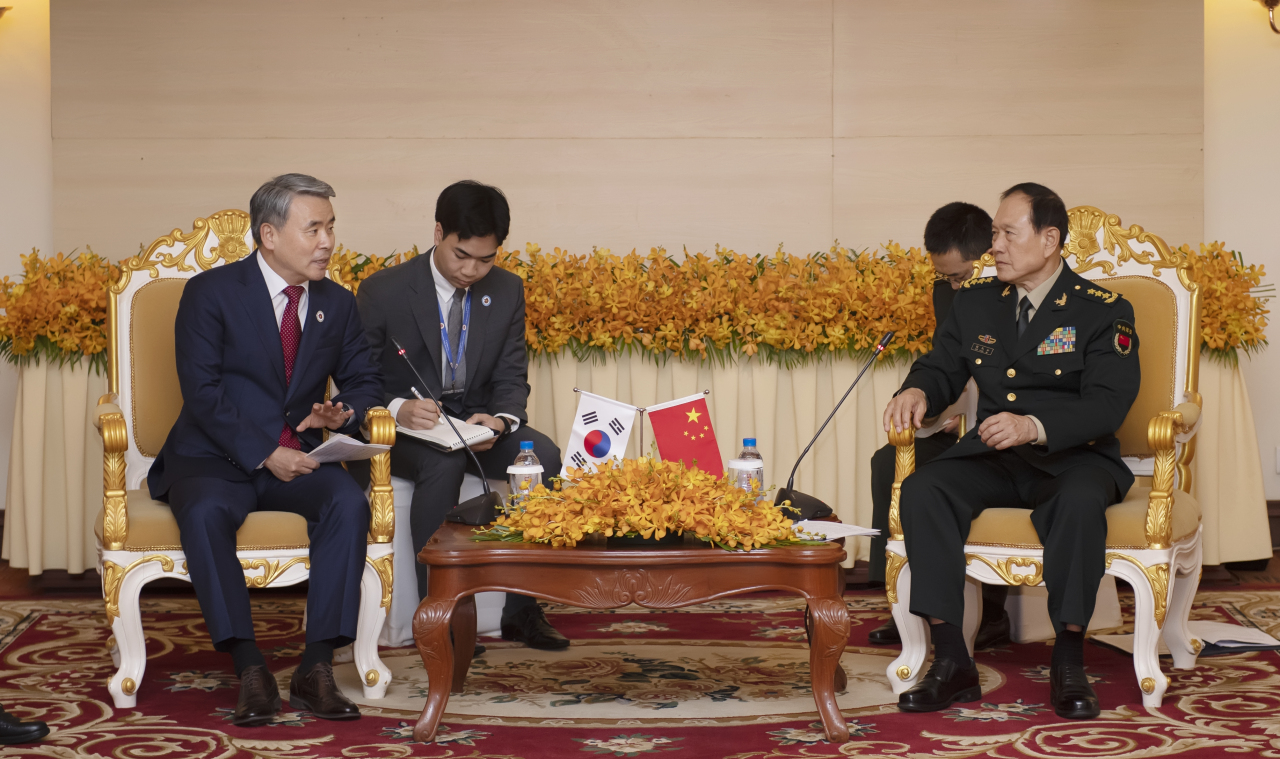 During the 70-minute talks, Lee dismissed the North's claim that it has been advancing nuclear and missile capabilities as a response to military exercises between the South and the United States, and U.S. threats to the regime. He stressed such a claim was only a move to "shift the responsibility."

"(Lee) asked the Chinese side to play a constructive role to make the North realize that there is nothing to gain by advancing nuclear and missile capabilities, and to encourage it to come out to dialogue," the ministry said in a press release.

Lee also noted that the advancing North Korean threats will only lead to an increase in international pressure and a strengthening of global solidarity against the recalcitrant regime.

In response, Wei called for concerned countries to make efforts to settle their issues through dialogue, while claiming that Beijing has continuously played an "active and constructive" role for stability on the peninsula, according to the ministry.

The two sides mentioned that for the "future-oriented" development of bilateral defense cooperation, it is important to strengthen cooperation through close "strategic" communication and various exchanges.

To that end, the two sides agreed to normalize and expand people-to-people exchanges in the defense sector through an array of measures, including the resumption of vice-ministerial defense strategic dialogue that has not been held since 2019.