The National Police Agency said Wednesday it will dispatch around 600 personnel to a mass street cheering event for the South Korean men's soccer team's first game at the FIFA World Cup being played in Qatar on Thursday.

A total of eight squads of riot police and 41 additional police officers will be deployed to maintain order at Gwanghwamun Square, located in Jongno, central Seoul, where fans plan to gather.

The Seoul municipal government decided Tuesday evening to allow the Red Devils, the official supporters club for the South Korean national soccer team, to use the square under conditions that special security measures will be enforced. The South Korean government previously had announced there would be no street cheering events, in light of the mass crowd crush in Itaewon on Oct. 29 that left 158 dead. 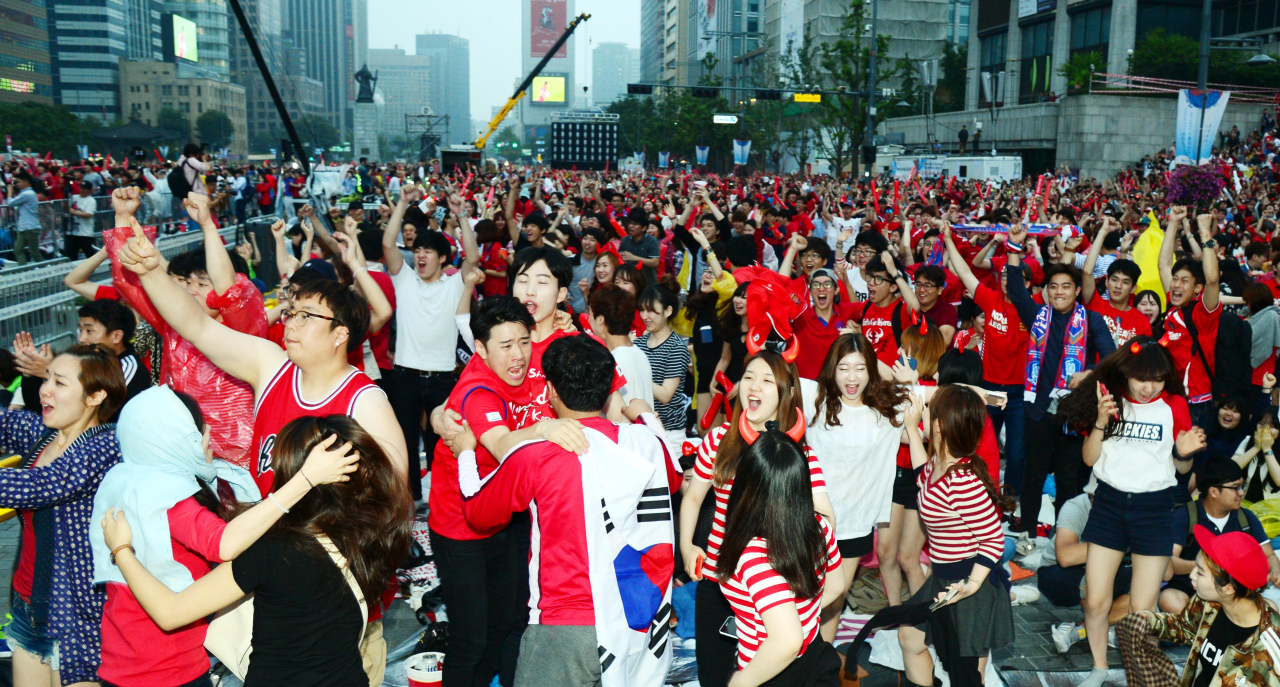 South Korean fans cheer for their national soccer team at the street cheering event for the 2014 FIFA World Cup at Gwanghwamun Plaza in Seoul in this June 23, 2014 file photo. (Korea Herald)

An ongoing investigation into the Itaewon tragedy has so far revealed that riot police that could have been mobilized in the area had been deployed at another protest site, leaving rescue workers and police short-handed to handle the approximately 130,000 people who gathered in Itaewon for Halloween festivities.

For the upcoming event, police and officials from the Seoul city government, Jongno-gu Office and the Red Devils will jointly conduct safety checks of the area, including subway exits and sloped areas. The pile-up of people in the narrow sloped alleyway in Itaewon is thought to be among the main reasons for the tragedy there.

Police will divide the square into several sections, monitoring the situation during the event to ensure no section becomes overly crowded. Supporters will also be guided to exit the area via designated routes by section.

Riot police will be dispatched to adjacent areas with eateries and bars that supporters are expected to visit en masse after the game.