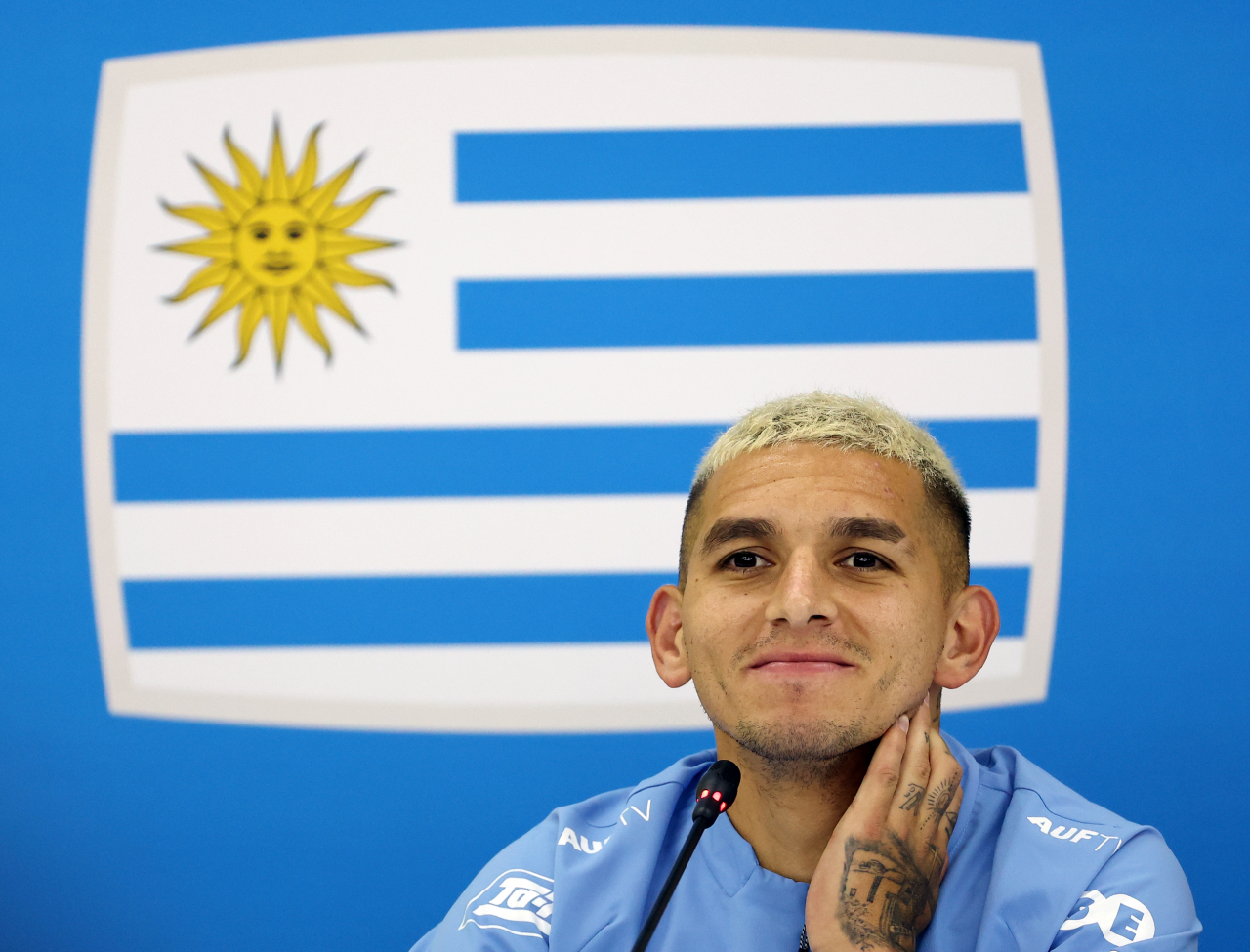 DOHA -- Uruguay may be favored against South Korea when they square off in their first Group H match this week, but that does not mean the South Americans will take their Asian foes lightly, Uruguay midfielder Lucas Torreira said Tuesday.

"We are always facing each match with the same mentality, no matter if it is South Korea or Portugal," Torreira said after a training session at Al Erssal Training Site in Doha, referring to two of Uruguay's three opponents in the group stage of the FIFA World Cup. They will also play Ghana. The Uruguay-South Korea match is set for 4 p.m. Thursday at Education City Stadium in Al Rayyan, just west of Doha.

"Every time we wear the Uruguay jersey, the most important for us is respect for our rival and obviously trying to win the match. We know the first match can set the course of a good or bad World Cup. We are clear in what we want to do, and I think we are going to be ready for Thursday."

Torreira said he and his teammates talked about the need to respect every opponent, in light of Saudi Arabia's stunning 2-1 win over Argentina earlier Tuesday. Saudi Arabia became the first Asian team to score multiple goals against Argentina in a World Cup match.

Uruguay is ranked 14th in the world, 14 spots above South Korea. Torreira called the Taegeuk Warriors "a very aggressive rival."

"We have been analyzing their virtues and their weakness," he said. "We will try to occupy all the pitch and control the spaces. We know where we can punish them. Everything can happen and what we have seen lately is that the team who makes fewer mistakes is the one to win, and that's what we have been working and preparing for." (Yonhap)