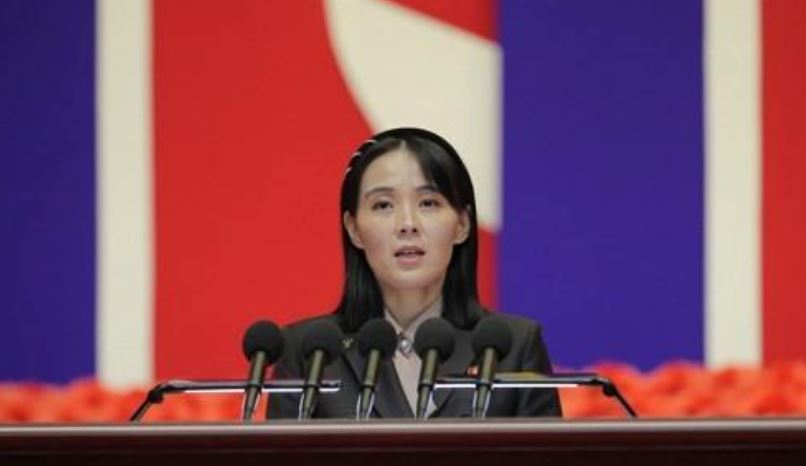 This photo, captured from the homepage of North Korea`s official Korean Central News Agency, shows Kim Yo-jong, North Korean leader Kim Jong-un`s sister and vice department director of the ruling Workers` Party`s Central Committee, making a speech during a national meeting on anti-epidemic measures held in Pyongyang on Aug. 10, 2022. (For Use Only in the Republic of Korea. No Redistribution) (Yonhap)

In a statement carried by the North's official Korean Central News Agency, Kim Yo-jong took issue with the council's open meeting held on Monday (New York time) to discuss the North's launch of a Hwasong-17 ICBM on Friday.

"The UNSC has turned blind eyes to the very dangerous military drills of the US and south Korea and their greedy arms buildup aiming at the DPRK and taken issue with the DPRK's exercise of its inviolable right to self-defense corresponding to them," she said, referring to the North by its official name, the Democratic People's Republic of Korea.

"This is evidently the application of double-standards," she added.

She also warned that the North would take the "toughest counteraction to the last" should anybody slander its exercise of the self-defense right.

"The US should be mindful that no matter how desperately it may seek to disarm the DPRK, it can never deprive the DPRK of its right to self-defense and that the more hell-bent it gets on the anti-DPRK acts, it will face a more fatal security crisis," she said. (Yonhap)