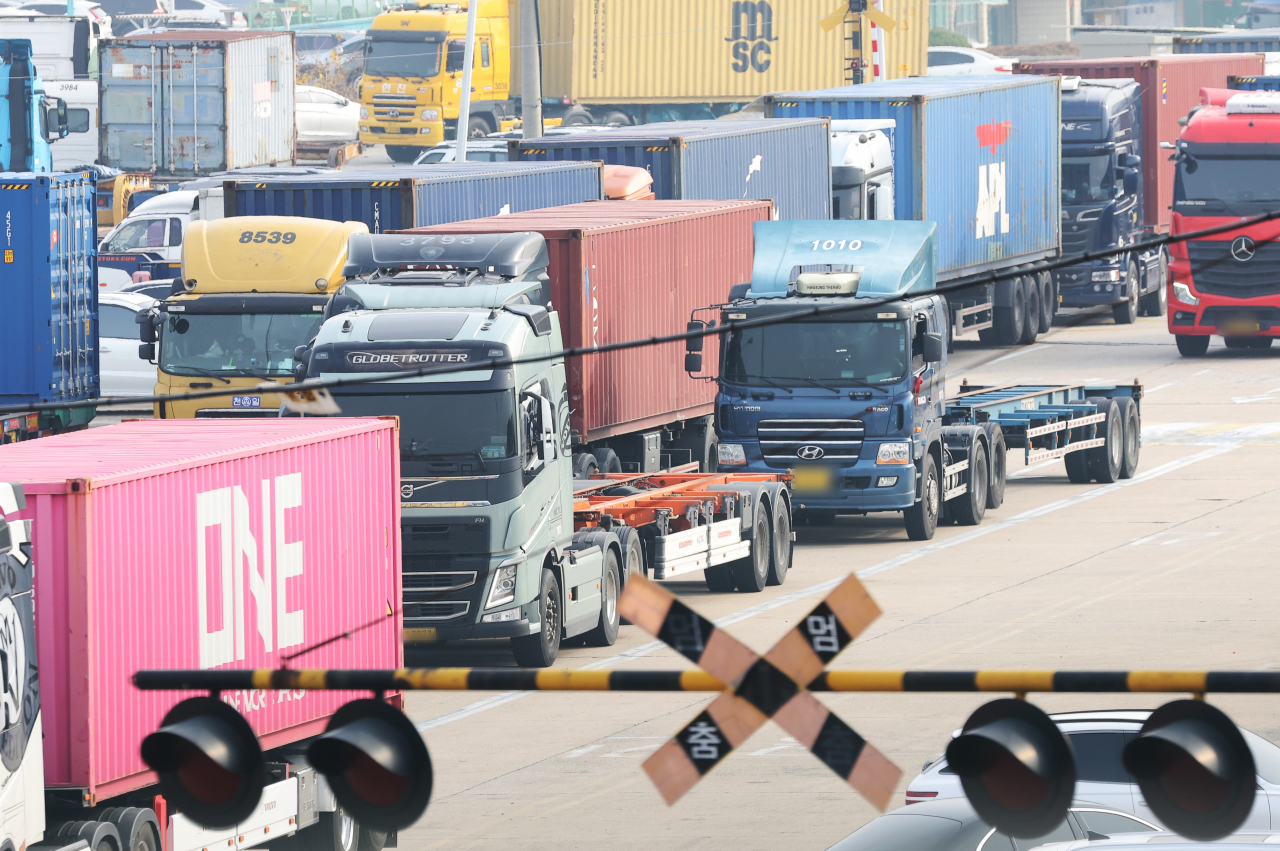 Truckers in South Korea on Tuesday decided to push ahead with a strike, rejecting a government plan that would agree to some of their demands. The strike, if prolonged, will take a heavy toll on the car and steel industries that already suffered from a strike in June.

The Cargo Truckers Solidarity of the Korean Confederation of Trade Unions, one of the largest union organizations in South Korea, announced on Nov. 14 that it would launch an indefinite strike beginning Wednesday at midnight. About 25,000 members will join the strike by blocking major logistics bases such as steel, cement, shipbuilding equipment and auto parts businesses, and refusing to transport goods.

The union claimed that the government failed to keep promises to continue the safe trucking freight rates system that both sides had agreed on in June on the condition of ending the eight-day strike.

The safe trucking freight rates system is a measure that guarantees minimum cargo rates for truck drivers to prevent dangerous driving and overwork and imposes fines on shippers who pay less than that. It was introduced as a three-year system in 2020 and expires at the end of this year.

The government and the ruling People Power Party urgently met on Tuesday morning to stave off the strike.

After the meeting, Sung Il-jong, the head of the People Power Party’s policy committee, told reporters that they decided to expand the fare system “only for containers and cement” but not to expand other items.

As for not expanding to other items, Sung said it was “unclear” whether the system would encourage more safe driving. He also cited high oil prices and the burden on the public as other reasons.

After Sung’s remarks, the cargo union said it would go ahead with the strike as planned.

At a truckers union press briefing in the afternoon, the representatives claimed the Land Ministry has been seeking to break the June agreement since the strike ended. They said the safe trucking freight rates system is “on the verge of disappearing,” and vowed to continue the strike until the ruling party and the government "make a perfect promise."

Companies say they are growing increasingly concerned about the fallout the disruption would bring should the strike last longer than the one in June.

The eight-day strike in June caused 1.6 trillion won ($1.1 billion) in damages in major industries, such as automobile, steel, petrochemical and cement, according to the Industry Ministry.

In the automobile sector, the production of 5,400 vehicles was disrupted due to problems in transporting parts. In the steel sector, 450,000 metric tons of shipments were affected. A total of 810,000 tons of cement could not be sent to construction sites. The shipment of 640,000 tires was also disrupted.

Han said on Tuesday afternoon the union's refusal to transport essential goods is expected to "cause irreversible damage" to the economy beyond logistics paralysis.

The government will do its best to minimize the impact of this situation on the nation's economy and industry, he said, by mobilizing "all available resources," including deploying alternative transport vehicles and securing additional cargo storage space.