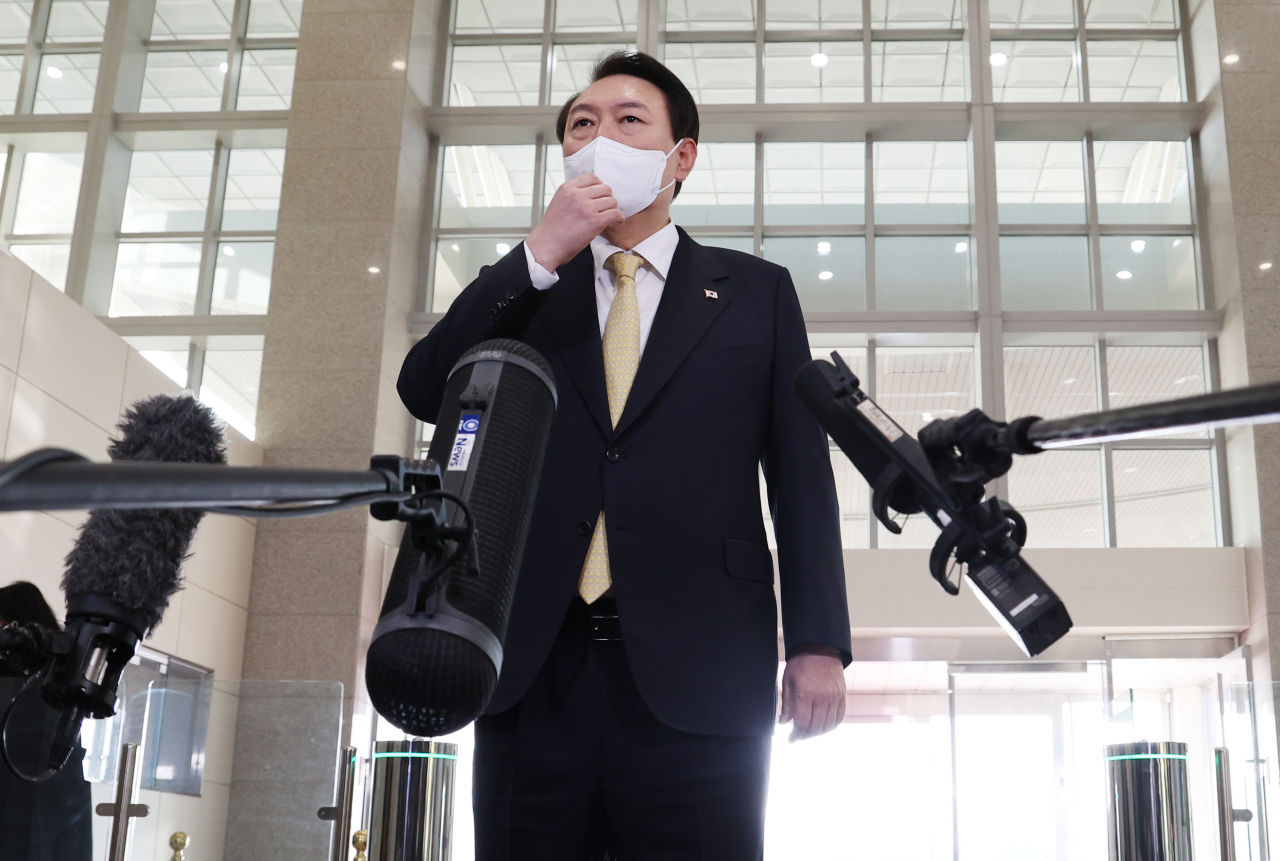 President Yoon Suk-yeol speaks at the door-stepping in Yongsan District, Seoul, Friday. The presidential office announced the suspension of door-stepping on Monday, and stated the conflict between the MBC reporter is not the reason for the decision. (Yonhap)

The police launched an investigation into an online death threat against the life of the MBC reporter who had conflict with President Yoon Suk-yeol and his secretary on Friday during the president's daily morning interview session.

On Monday evening, an online post titled "I will take the lead and kill the MBC reporter" was posted on the far-right online community Ilbe. The writer claimed they will immediately go to the MBC headquarters building and harm the reporter who quarreled with Yoon on his way to the presidential office on Friday morning. The post has since been deleted.

The post was reported to police by users. Seoul Mapo Police Station officers were dispatched to MBC headquarters and the reporter was recommended personal protection measures. The threatened reporter will wear a location tracking device for the time being, and the police will strengthen patrols near the MBC building. The IP address of the writer is being tracked by the Busan Dongbu Police Station.

MBC has been in the spotlight following its decision to air Yoon's alleged use of vulgar language during his trip to New York in September. The presidential office denied the allegation and condemned MBC for spreading fake news.

Tensions further developed when the presidential office banned MBC reporters from boarding Air Force One a day before Yoon's trip to Southeast Asia. On Friday, after the trip, Yoon stated that "malicious behavior" was the reason MBC reporters were not allowed to board, and left without further explanation. An MBC reporter responded by asking what MBC did that was malicious. The reporter engaged verbally with Lee Ki-jung, a public relations planning secretary, and Lee accused him of being impolite to the president.