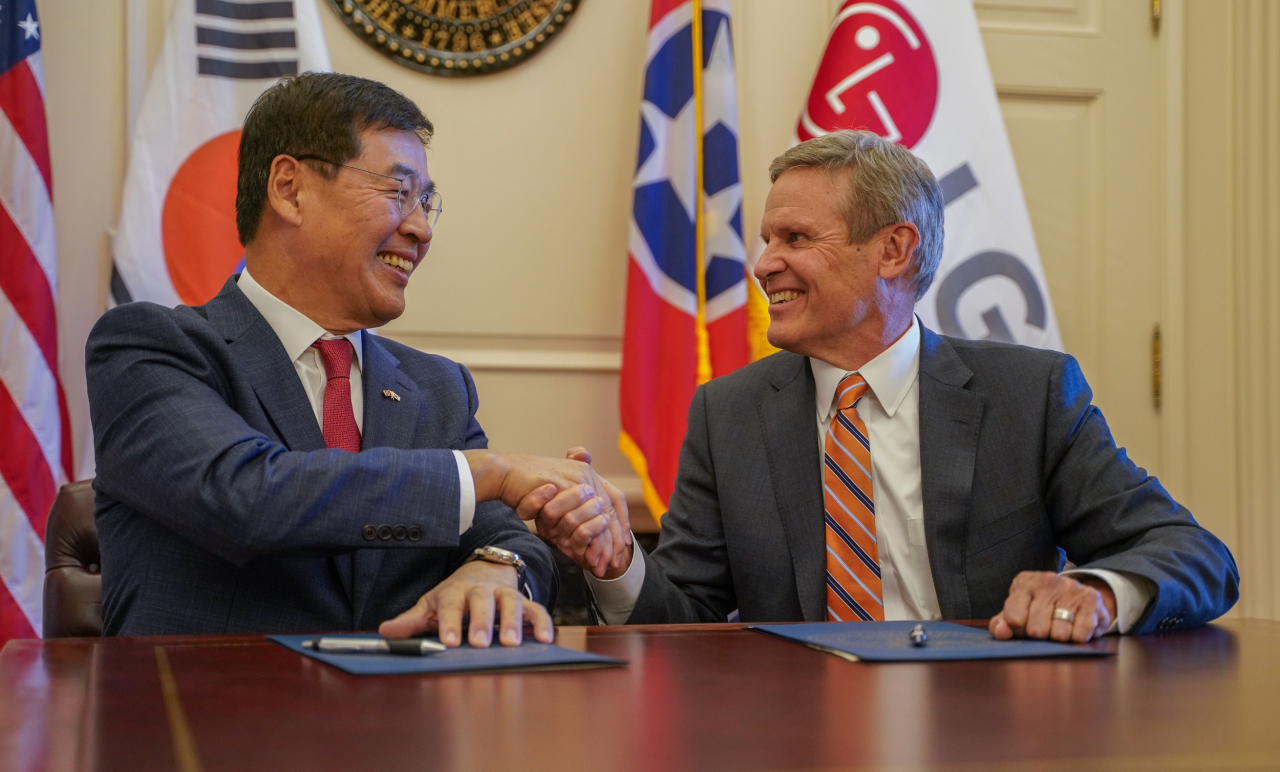 Once construction of the facility on the 1.7-square-kilometer land is completed by 2027, the plant will be able to power batteries mounted on 1.2 million pure electric vehicles that can run 500 kilometers on a single charge.

Construction is set to start in the first quarter of 2023, with mass production beginning in the second half of 2025, according to the company that supplies battery materials to EV makers such as Tesla, General Motors, Honda and Stellantis. Some 850 jobs are to be created across Tennessee.

The new plant will also feature cutting-edge production technology to generate more than 10,000 tons of cathode material, as well as automated production process and a system for quality analysis and control.

The commitment will mark the single largest foreign direct investment in the history of Tennessee state. Also, the Tennessee facility is so far the largest cathode manufacturing site to have been announced in the US.

“LG Chem’s decision to invest $3.2 billion in Clarksville is a testament to Tennessee’s unmatched business climate, skilled workforce and position as a leader in the automotive industry," Tennessee Gov. Bill Lee said in a statement.

The announcement also lays the groundwork for the company to quadruple the revenue in its battery material business in five years to 20 trillion won ($88.5 billion), an LG Chem filing to the Financial Supervisory Service showed Tuesday.

"This site will be the North American manufacturing center of excellence for the cathode supply chain and lead to the creation of many well-paying jobs, contributing to the local economy in Clarksville,” LG Chem Chief Executive Officer Shin Hak-cheol said in a statement.

Cathode is considered one of the key ingredients in lithium-ion batteries that determines the maximum range of an EV, as well as the life of a battery. It is one of the key battery components along with the anode, separator and copper foil.

The materials will mainly be supplied to factories run by LG Energy Solution, the LG Chem arm manufacturing lithium-ion batteries, across North America, as well as its joint ventures with automotive firms such as General Motors, Stellantis and Honda, according to the company.

Once full fledged, LG Energy Solution's combined annual production capacity of lithium-ion battery cells will amount to some 250 gigawatt-hours in North America and 580 gigawatt-hours worldwide starting as early as 2025.

The Tennessee facility will allow LG Chem to address the changing dynamics of the global battery material industry, with legislations such as the Inflation Reduction Act in the United States set to shake up the landscape.

Under the IRA, battery storage facilities built between 2022 and 2032 will be eligible for an investment tax credit of 30 percent.

The legislation also pushes automakers to use EV ingredients supplied in the US or its free trade partners, as tax incentives for EV purchasers will not be extended if otherwise.

"Tennessee was the best choice due to its proximity to key customers, ease of transporting raw materials and active cooperation of the state and local governments," LG Chem said in a statement.

Korea is one of Tennesee's top 10 countries for foreign direct investments, according to the state. Twenty Korea-based firms have invested $2.3 billion and employed more than 3,500 people combined across the state.

Among lithium-ion battery cell manufacturers, Ultium Cells, a joint venture of LG Energy Solution and US automotive firm General Motors, looks to operate a battery factory with the annual production capacity of 35 gigawatt-hours beginning next year.

LG's hometown rival SK On also joined forces with Ford Motor to build a battery plant with a 43-gigawatt-hour capacity by 2025 in the state.

Meanwhile, another LG company, LG Electronics, has been running a washer factory in Tennessee since 2019. It is the first North American home appliance manufacturing base to have been established.

LG Chem's commitment announced Tuesday will outsize that of all combined investments by Korean companies so far.