Tottenham Hotspur forward Son Heung-min is a one of the best-known players in the world of soccer, but the 30-year-old striker has said one match stands out in his memory, and for a very particular, personal reason.

Read on to find what match it was, plus a couple of other tidbits about the South Korean superstar that fans may not be familiar with.

Son has said that his finest moment was the South Korean national team beating Germany 2-0 in the final group-stage match of the 2018 World Cup. For Son, it was more than just the glory of beating the defending champion, but revenge for the racism he had to endure as a child in Germany.

In a media event held in July, Son has said that he went through difficult moments that “you couldn’t imagine,” which made Son vow revenge. This is why he had little sympathy for the teary fans at the Kazan Arena, because he “got his revenge doing something I love.”

That was the most direct mention of racism from the usually reserved Son, who did not comment when a Chelsea fan made a racist gesture toward him in August or was pelleted with online abuse of similar nature last year.

Germany, however, is not all bad memories for Son. It is where he met friends and colleagues early in his career. He got along well with his teammates and coaching staff when he played at the German Bundesliga. One special teammate at Bayer 04 Leverkusen was his national team colleague Cha Du-ri, who Son calls “uncle.” 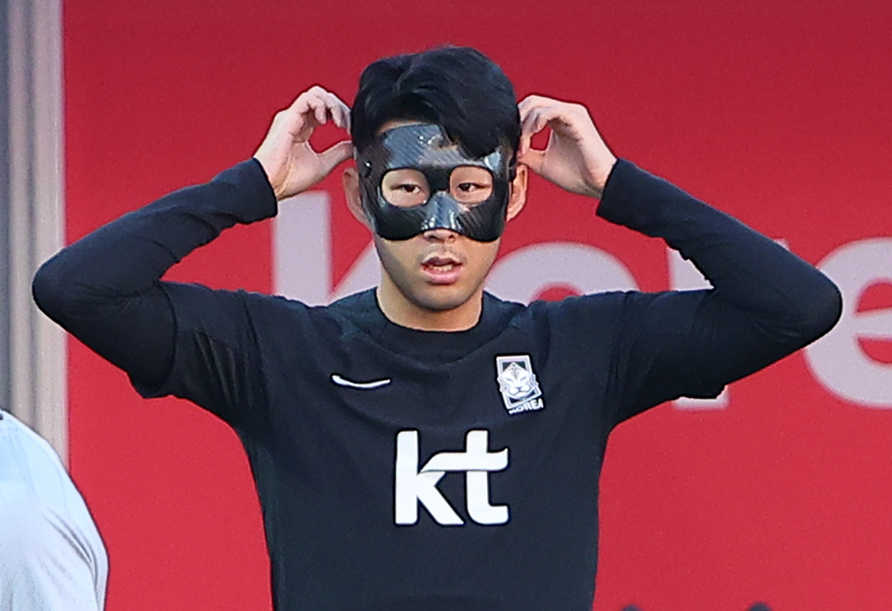 Son’s childhood hero is Portugal’s superstar Cristiano Ronaldo, even choosing the No. 7 jersey because it was the same as Ronaldo. Son picked him over Argentina's Lionel Messi when discussing the greatest player of his generation.

In the upcoming FIFA World Cup Qatar 2022, Son will face off against his childhood hero in the final Group H match between South Korea and Portugal, this time as captains of their respective teams.

Son’s father Son Woong-jeong, a former professional soccer player himself, is famous for being his son’s teacher and the most vocal critic. He is well-known among Korean fans for his 2018 comment that corrected a reporter referring to Son as a world-class player.

“I’m sorry to cut you (reporter) off, but my son Song Heung-min is NOT a world-class player,” was what the father famously said.

By that time, Son had broken former Manchester United midfielder Park Ji-sung’s record for most goals scored in the English Premier League by an Asian player.

The senior Son has warned his son not to get arrogant, and insists on putting his numerous trophies in storage, although he had no choice but to display Son’s 2022 Golden Boot trophy as it was the first time that an Asian player had won the prestigious award.

It is his father's wish that Son puts off dating and marriage until after retirement, but many fans doubt he follows that. The star has been embroiled in several dating rumors involving K-pop stars and actresses, none of which he openly admitted.