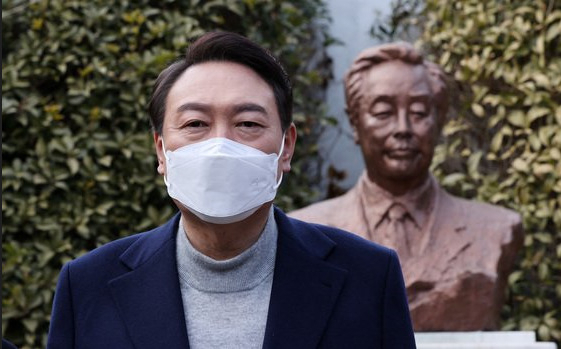 President Yoon Suk-yeol visited the grave of late President Kim Young-sam on Tuesday and paid tribute on the seventh anniversary of his death, his office said.

Kim, who was in office from 1993 to 1998, formally ended decades of military rule in South Korea and accepted a massive international bailout during the 1997-1998 Asian financial crisis.

He was buried at Seoul National Cemetery.

"Now is the time for all to reflect on the grand politics, upright politics of Geosan," Yoon wrote in a visitors' book, referring to the late president's pen name, according to deputy presidential spokesperson Lee Jae-myoung.

He was accompanied on the visit by leaders of the ruling People Power Party and presidential officials, among others. (Yonhap)