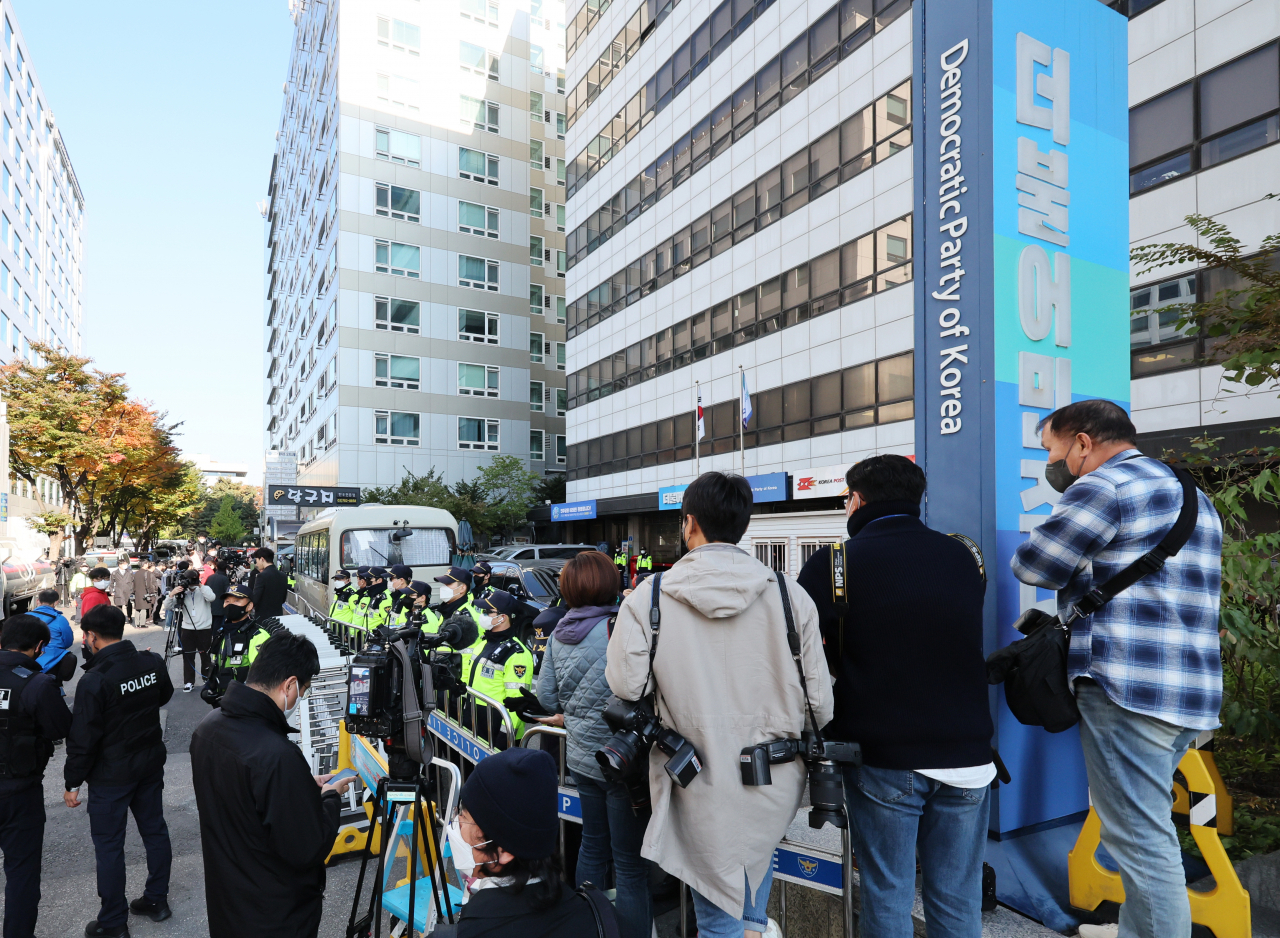 This photo provided by Yonhap shows the main opposition Democratic Party of Korea’s headquarters in Seoul on Nov. 9. (Yonhap)

Police commandos and sniffer dogs have searched the headquarters of the main opposition Democratic Party after an online post claimed a bomb had been planted in the building, officials said Monday.

The post was uploaded on the online community DC Inside around 9:40 p.m. on Sunday, saying, "I am informing you that an explosive has been planted at the Democratic Party headquarters," the police officials said.

After getting notified of the post by an anti-terrorism center of the National Intelligence Service two hours later, police sent 15 police commandos and four sniffer dogs to search the building, but no explosive was found.

Police stepped up security surveillance around the Democratic Party headquarters. Police were also trying to track down the writer of the post, having requested information regarding the writer's identity from the website operator.

The post had been deleted as of Monday morning. (Yonhap)