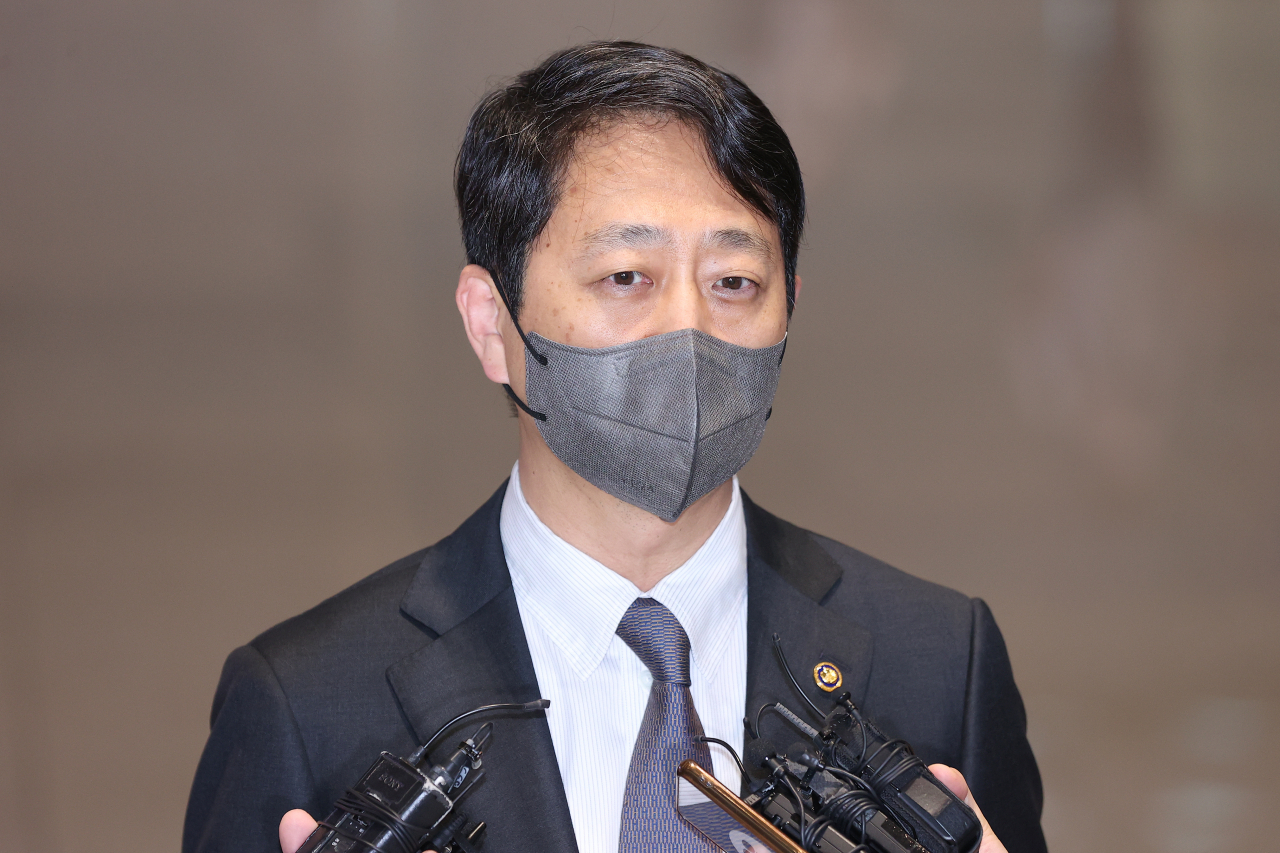 South Korea's Trade Minister Ahn Duk-geun speaks before departing for the United States from Incheon International Airport, west of Seoul, on Sept. 5, to discuss the US' Inflation Reduction Act with US officials. (Yonhap)

South Korea and the United States have agreed to continue close consultations to seek solutions regarding a new US law that excludes electric vehicles assembled outside of North America from tax incentives, Seoul's trade ministry said Monday.

The consensus was reached during bilateral talks between Trade Minister Ahn Duk-geun and US Trade Representative Katherine Tai in Bangkok on Friday on the sidelines of the Asia Pacific Economic Cooperation summit, according to the Ministry of Trade, Industry and Energy.

The IRA, signed into law by US President Joe Biden in August, gives up to $7,500 in tax credits to buyers of EVs assembled only in North America, sparking concerns that Hyundai Motor and Kia Corp. could lose ground in the US market as the two South Korean carmakers assemble their EVs at domestic plants for export to the US

"During the meeting, Ahn stressed deep concerns by our government and businesses, and called for devising detailed measures to practically ease the concerns at an early date," the ministry said in a release.

Seoul and Washington have been in talks over the issue through a working-level channel, as well as a series of high-level talks.