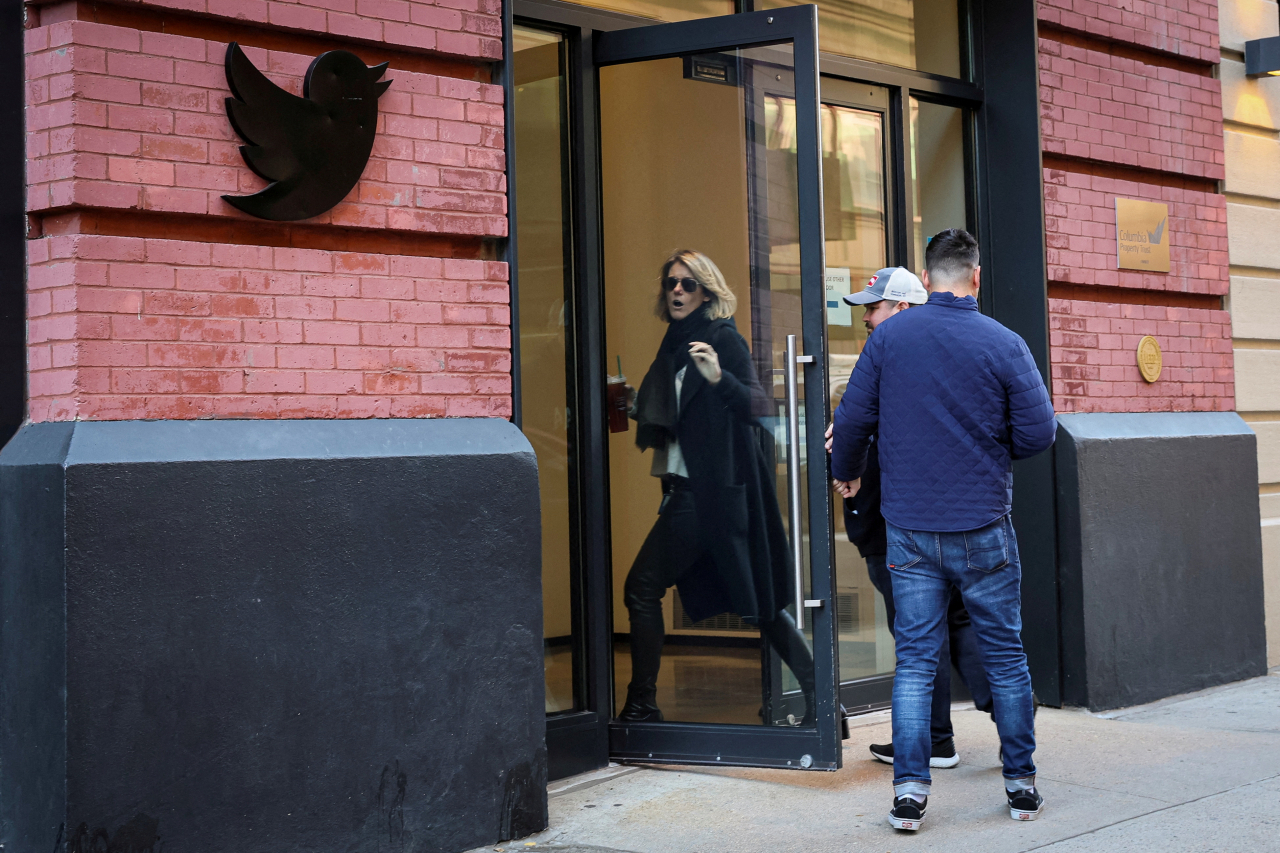 WASHINGTON -- Twitter's owner Elon Musk has pledged the platform will not become a "hellscape," but experts fear a staff exodus following mass layoffs may have devastated its ability to combat misinformation, impersonation and data theft.

Twitter devolved into what campaigners described as a cesspit of falsehoods and hate speech after recent layoffs cut half the company's 7,500 staff and fake accounts proliferated following its botched rollout of a paid verification system.

Further throwing the influential platform into disarray -- and raising doubt about its very existence -- reports said hundreds of employees chose to depart the company on Thursday in defiance of an ultimatum from Musk.

"The huge number of layoffs and resignations raises serious questions about content moderation and the security of user data," Cheyenne Hunt-Majer, from the nonprofit Public Citizen, told Agence France-Presse.

"It is imperative that (US regulators) act with urgency as users could have their sensitive data exploited or even stolen given the lack of sufficient staff that remain to adequately protect it."

The hashtag #RIPTwitter gained huge traction on the site after resignations poured in from employees who chose "no" to Musk's demand that they either be "extremely hardcore" or exit the company.

Twitter has plunged into turmoil as Musk, a self-professed free speech absolutist, seeks to shake up the money-losing company after his blockbuster $44 billion buyout late last month.

The site's content moderation teams -- largely outsourced contractors that combat misinformation -- have been axed and a number of engineers fired after openly criticizing Musk on Twitter or on an internal messaging board, according to reports and tweets.

Wary brands have paused or slowed down ad spending -- Twitter's biggest revenue source -- after a spike in racist and anti-Semitic trolling on the platform.

"Misinformation super spreaders" -- or untrustworthy accounts peddling falsehoods -- saw a 57 percent jump in engagement in the week after Musk's acquisition of Twitter, according to a survey by the nonprofit watchdog group NewsGuard.

"If there is one lesson that all social-media platforms must take away from this debacle, it's that without protecting users from hate and lies you have no company at all."

In a response to critics, Musk on Friday said he indicated a new direction for content moderation on the site.

While not being totally removed from the site, Musk said that "negative/hate tweets" will be "max deboosted (and) demonetized, so no ads or other revenue to Twitter."

"You won't find the tweet unless you specifically seek it out, which is no different from the rest of the Internet," he added.

But his plan fell on skeptical ears.

"We could certainly see a spike in misinformation, hate speech, and other objectionable content because of Musk's latest moves," Zeve Sanderson, executive director of the New York University's Center for Social Media and Politics, told AFP.

In a letter to the Federal Trade Commission, a regulatory agency, a group of Democratic senators blamed Musk for introducing "alarming" new features that undermined safety despite warnings that they would be "abused for fraud, scams and dangerous impersonation."

"Users are already facing the serious repercussions of this growth-at-all-costs strategy," they wrote in the letter published Thursday, noting the recent spike in fake accounts impersonating companies, politicians and celebrities.

Among the victims was drug maker Eli Lilly, whose stock price nosedived -- erasing billions in market capitalization -- after a parody account stamped with a verification tag purchased for $8 tweeted that insulin was being made available for free.

Early this month, Twitter disabled sign-ups for the contentious feature known as Twitter Blue, with reports saying it had been temporarily disabled to help address impersonation issues -- but not before several brands took a hit.

Given the apparent vulnerabilities, digital experts have warned activists, particularly in autocratic countries, of the increased risk of identity theft or their private messages falling into the hands of hackers.

"Around the world, Twitter is used to organize against oppression," said Hunt-Majer.

"If Musk's mismanagement kills it, that would be a significant blow to freedom of information and, frankly, human rights in general on a global scale." (AFP)