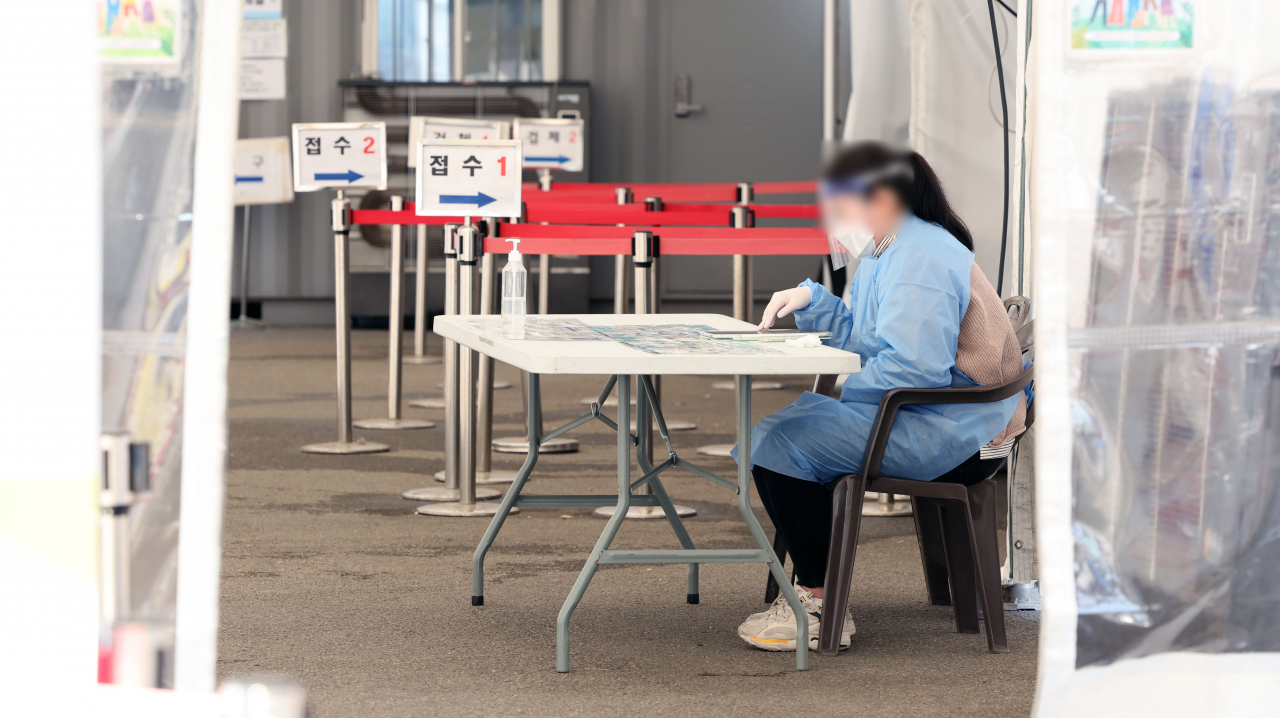 A medical worker sits at a makeshift COVID-19 testing station in Seoul on Friday. (Yonhap)

South Korea surpassed the milestone of 30,000 COVID-19 deaths Sunday as the country is bracing for another virus wave in winter.

The grim milestone came around seven months after the country's accumulated COVID-19 deaths rose above 20,000. In March this year, the figure surpassed 10,000.

But the number of critically ill patients grew to the highest level in about two months of 451, up 32 from the previous day.

Earlier this month, the KDCA said a new wave of infections appeared to have begun in earnest, and the daily infections could surge to around 200,000 as early as December.

In response, the government has been working to better protect vulnerable groups by enhancing monitoring and expanding vaccination and medication programs, rather than reimposing antivirus steps. (Yonhap)