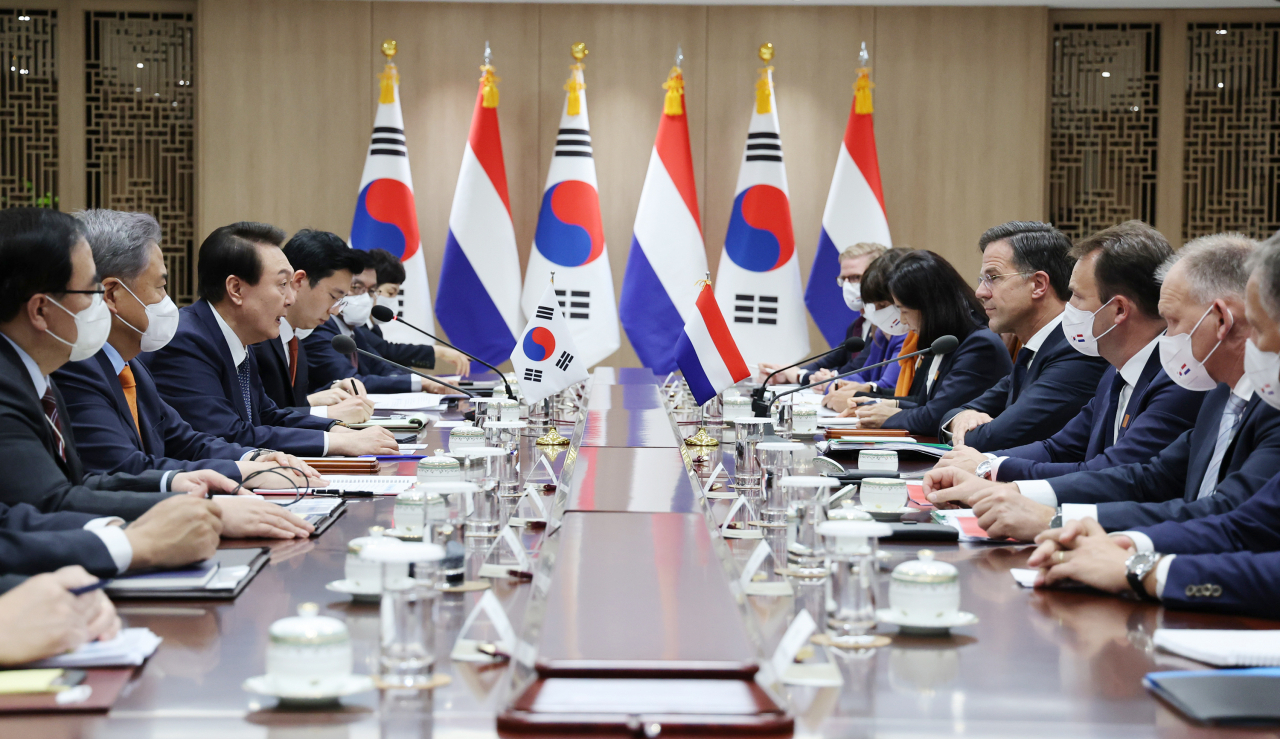 President Yoon Suk-yeol and Dutch Prime Minister Mark Rutte agreed on Thursday to upgrade the bilateral relationship between the two nations to a strategic partnership and expand cooperation in advanced technologies, including chips, nuclear power plants and renewable energy.

This is the second summit between the two leaders since they met on the sidelines of the NATO Summit in Spain in June. They discussed diverse ways to cooperate in the chip sector.

During the talks held in the afternoon, the two leaders affirmed the common values between the two countries, and agreed to elevate the bilateral relationship to a strategic partnership that shares profits at the bilateral, regional and global levels. It is the first upgrade in six years since establishing a comprehensive and future-oriented partnership in 2016.

“The spirit of freedom and peace was a solid foundation for the development of bilateral relations between Korea and the Netherlands,” Yoon told Rutte at the summit, according to a written statement released by the presidential office.

“Based on the spirit, cooperation between the two countries has continued to expand in various fields such as politics, economy and culture over the past 60 years,” he said.

The Netherlands is now “a key partner” in the high-tech sector, such as semiconductors, the nuclear power industry, and renewable energy, Yoon said. The two countries are also “responding to global crises” such as climate change and pandemics.

Rutte responded that the solidarity and friendship between Korea and the Netherlands is “stronger than ever.”

The two leaders agreed to strengthen partnerships in key industries for economic security, such as semiconductors and nuclear power plants. They also vowed to support the private sector to enhance cooperation in the semiconductor industry and secure a resilient global supply chain.

ASML is the largest supplier for the semiconductor industry and the sole supplier in the world of extreme ultraviolet lithography photolithography machines used to manufacture the most advanced chips. It supplies semiconductor equipment to Korean companies such as Samsung Electronics and SK hynix.