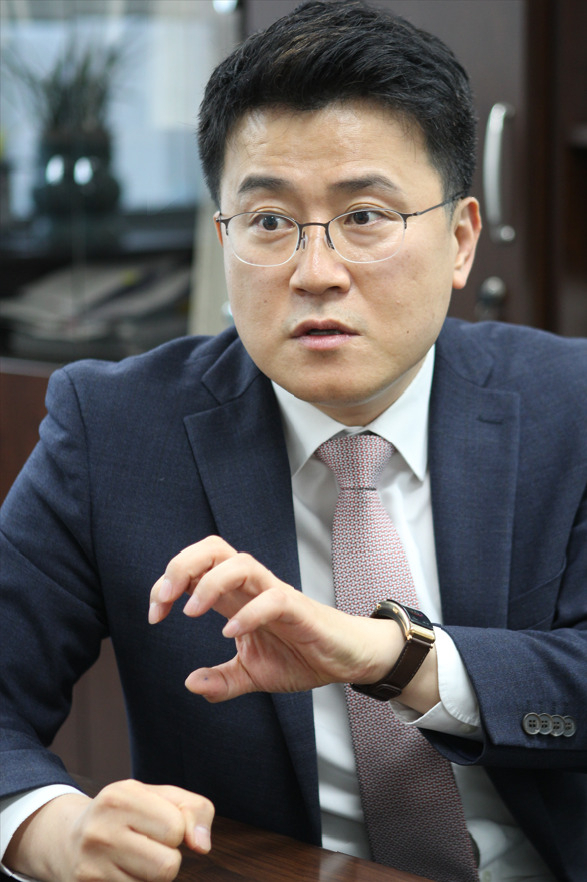 Young people face a lot of difficulties, and the problem is growing. The youth in rural regions also face many of the same problems as the youth in Seoul. The world is keenly watching Seoul City’s youth policy programs as an example to follow.

To give real help to the youth, full understanding of the difficulties young people face was essential. Thus, the city’s youth support plan aims to not just provide financial support, but also raise awareness of the difficulties faced by the youth by listening to diverse young voices.

Mayor Oh Se-hoon had pledged to turn Seoul into a “City for Youth.” Under this agenda, Seoul City has implemented projects that cover youth difficulties including employment, business start-ups, youth-tailored asset formation, and mental health care. Kim Chul-hee, director-general of Future Youth Planning said that a "tailored program" is the key to youth policy. Kim added that Seoul City will commit to provide ceaseless support and encouragement for the youth.

Q: Mayor Oh’s youth policy has been recognized for its effectiveness. What are the key approaches to supporting young people?

A: Seoul City has taken the lead in implementing youth policy. The city has been preparing a master plan to realize a city for youth, which was proposed as one of Mayor Oh Se-hoon’s key agendas. The city announced the Seoul Youth Comprehensive Support Plan in March, which includes the Seoul Happy Youth Project.

The city will provide comprehensive support and help programs to help young people achieve self-reliance. The city’s support approach uses empowerment to enable the youth to shape their futures, improve their environment and overcome financial limitations.

Q: Since you were appointed as director-general of future youth planning, what have been your achievements?

A: The city will invest around 6.3 trillion won ($5 billion) in implementing 50 policies and projects by 2025. Overall, the plan includes 50 support projects, which is more than the original announcement of 20 projects. We are laying the groundwork to realize Seoul Happy Youth through the direct participation of young adults and channel diversification.

Q: What has the response been outside of Seoul?

A: The City of Seoul won the grand prize for the best policy awarded by the Korean Association for Policy Studies and won another grand prize for youth-friendly policy awarded by Youth and Future. For the first time since the Youth Basic Act was enacted, the Office for Government Policy Coordination Korea evaluated the best practices for youth policy implementation of local governments across the country. Of 77 policies from 17 cities and provinces, only 5 projects were chosen, and Seoul City’s Youth Life Planning was selected for Best Practice recognition.

Q: Of those policies, Go with the Weak is adopted as a top priority. What youth policies are in place?

A:Seoul City has pursued policies to give real help to young people with various difficulties by providing them with real estate fees, moving expenses, public transportation costs, youth allowances, student loan interest, and so on. The city provides young people with up to 400,000 won per person in moving expenses, including real estate fees, since young people frequently find themselves having to move for various reasons. According to Korea Housing Survey conducted by Seoul Institute in 2020, the average residence period of single-person households was 1.4 years, much shorter period than ordinary households of 6.2 years. The housing beneficiaries are young citizens aged from 19 to 39 who live alone in Seoul or plan to move to Seoul. In addition, the household income must be less than or equal to 120 percent of the local median income.”

Q: Who is eligible for transportation subsidy?

A: Seoul City support public transportation expenses are not based on income. As young citizens rely on public transport to attend classes and get to work, this program is intended to serve as an alternative extension of fare discounts that they had received as teenage students. Eligible recipients are young citizens aged 19 to 24. The most burdensome expense for the youth is transportation costs (34.7 percent) followed by food and housing.

Q: What support is provided for young people to protect their “Jeonse” lease deposits?

A: Of those applicants, Seoul city selected 610 households that are in the lowest income order and provided application fees that guarantee the return of Jeonse deposits. Most of them are people who just started their careers aged 34 and under (92 percent), and their housing is mostly studio apartments and multi-complex housing (88.5 percent) which are particularly susceptible to Jeonse price reversals. Their average deposit was about 148 million won. This policy can protect 915 billion won with a budget of only 100 million won.

Q:Youth participation in policy-making processes is important. How do you guarantee youth involvement in policymaking and program development?

A: To give voice of the youth in overall policy-making process, Seoul City increased the number of Youth-friendly Committee members from 27 to 146. The Youth-friendly Committee must consist of at least 10 percent of youth commissioned members. A youth policy contest was held last month. This competition encourages the youth to present idea that you think could make the city more welcoming for the youth. And the best idea was awarded. Another approach is Future Seoul Strategy Meeting. The final youth participants will be selected through an evaluation in November. The report prepared by the young people will be reflected in establishing the city’s future strategies.

Q: Do you have any words of encouragement to Seoul’s youth.

A: Seoul will make concerted efforts to ease the problems young people are suffering from in such a difficult reality, and provide practical programs so that they can feel the difference in their daily lives. The city will keep developing programs that any young adult living in Seoul can enjoy.