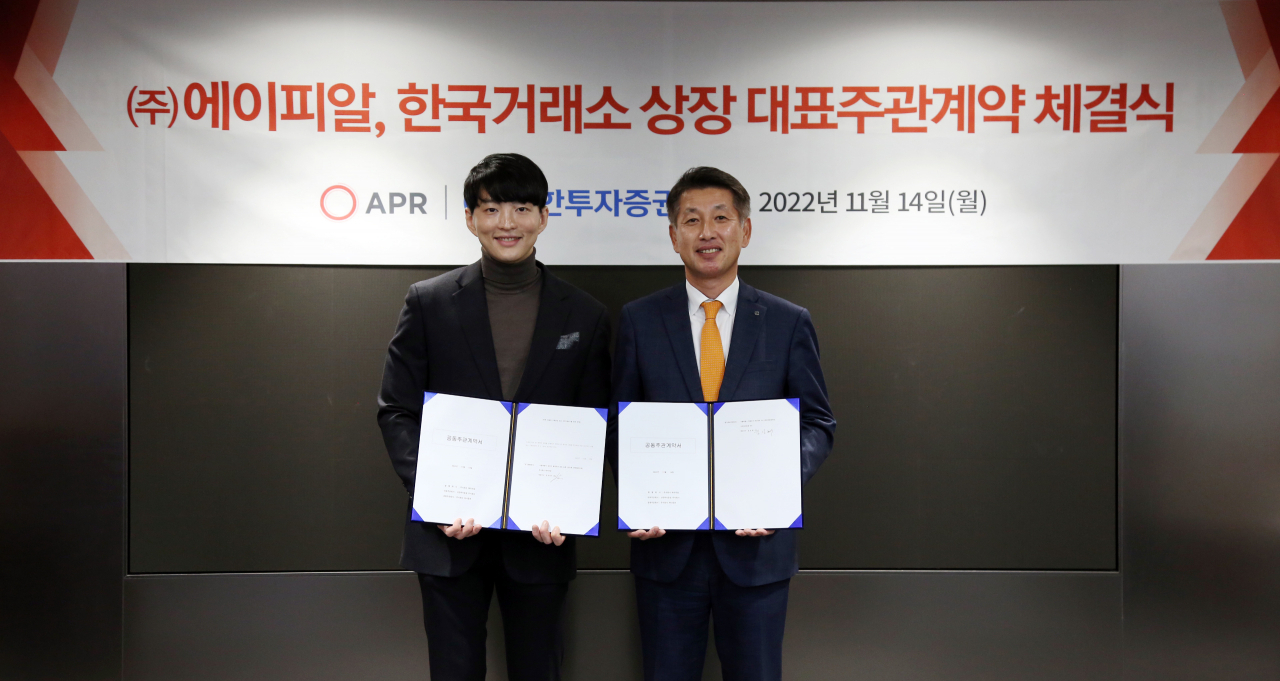 The company’s sales surged on-year by 306 percent to 95 billion won ($72 million) while its net income jumped 81 percent to 12 billion won from July to September.

The company attributed its improvement in profitability to Medicube, which manufactures beauty devices that use electrical stimulation to improve skin. Medicube is expected to post 200 billion won in sales, almost half of this year’s sales, an APR official said.

APR’s overseas sales soared 44.6 percent, to 36 billion won, in the third quarter compared to a year earlier. The company operates international headquarters in eight countries, including the US, Canada, Japan, China and Singapore, as of November.

Nerdy is also at the vanguard of promoting Korean street fashion, the company said, adding that it is operating its first overseas branch in Tokyo.

With its business expansion, the company is planning to make a market debut on the nation’s tech-focused Kosdaq next year. APR has selected Shinhan Investment as the main underwriter. The two agreed to apply for a preliminary review at the bourse operator Korea Exchange by the third quarter next year.