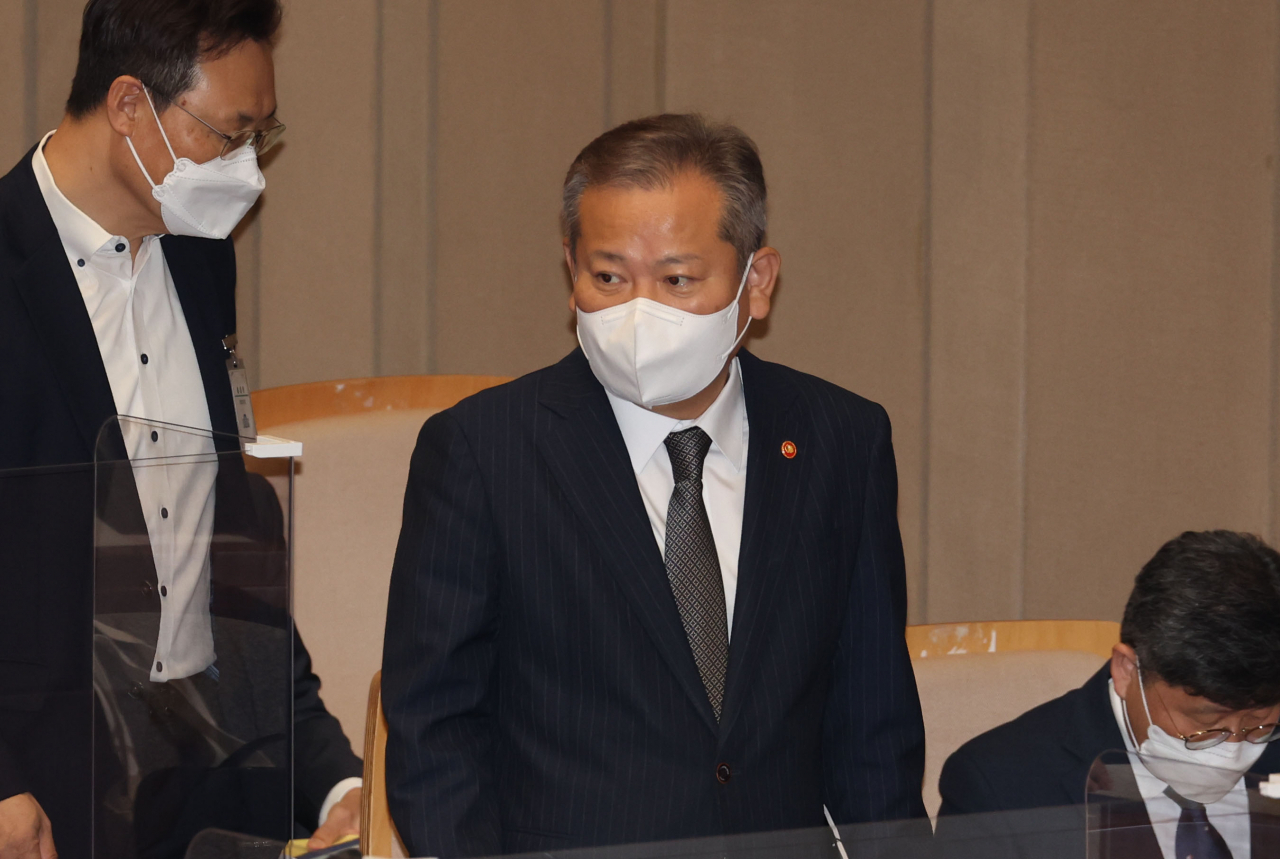 Unionized firefighters filed a complaint against Interior and Safety Minister Lee Sang-min on Monday for alleged negligence in connection with the crowd crush in Seoul's Itaewon neighborhood.

Lee, who is in charge of public safety, has come under public criticism for the lack of proper crowd management and response to the crowd surge in the popular nightlife district of Itaewon on Oct. 29 that killed at least 158 people.

Firefighters, affiliated with the Korean Government Employees Union, have filed a complaint against Lee with an independent team of investigators under the National Police Agency. Charges include dereliction of duties and professional negligence resulting in death.

The union argued that Lee is responsible for supervising safety of disasters in the country in accordance with the Act on the Management of Disaster and Safety.

Firefighters further urged Lee to immediately step down from the post.

Lee, meanwhile, attended a parliamentary meeting earlier in the day.

Lee said he will do his best to fulfill his responsibility, hinting that he would not immediately resign despite demands from opposition lawmakers. (Yonhap)