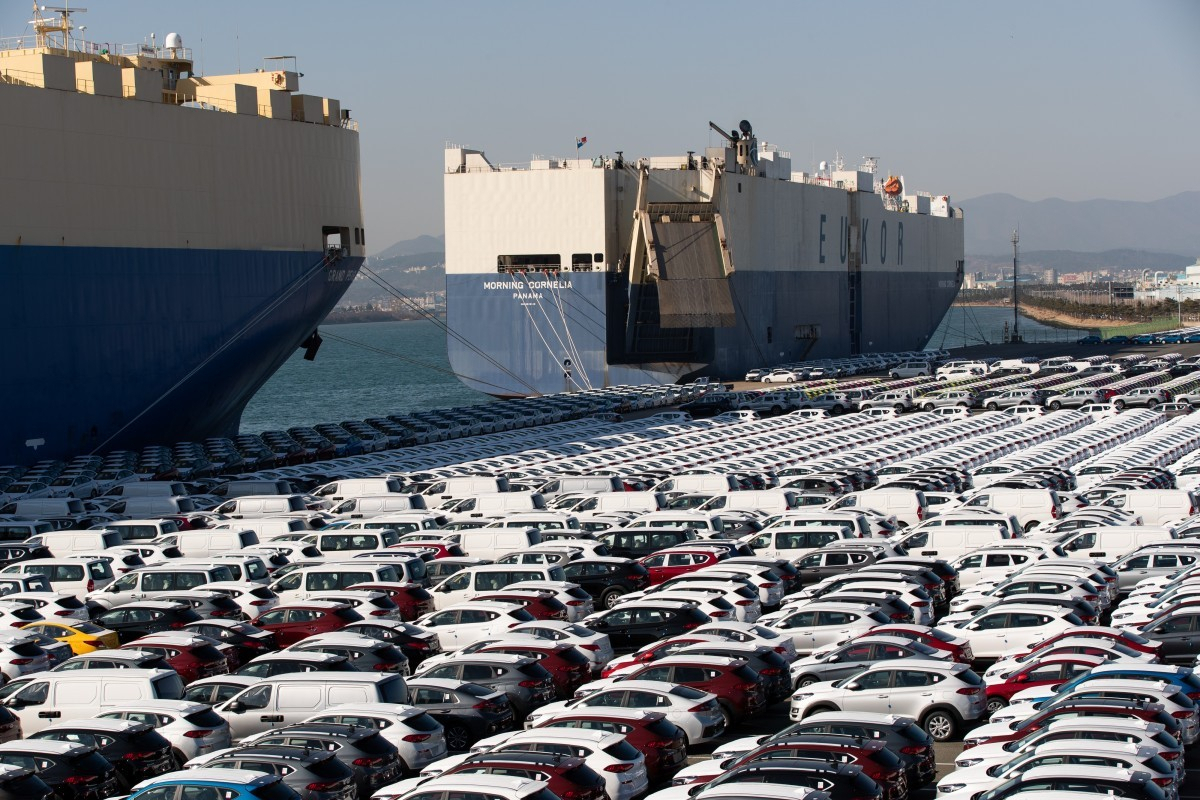 Vehicles for export are lined up at a dock inside the Hyundai Motor Group’s Ulsan plant. (HMG)

The value of outbound shipments of automobiles came to $4.92 billion last month, the largest ever for any October, according to the data from the Ministry of Trade, Industry and Energy.

In terms of volume, a total of 208,544 vehicles were sold last month, up 30.2 percent from the previous year, the data showed.

By region, exports to North America jumped 60.2 percent to $2.38 billion, and exports to the European Union also advanced 12.4 percent on-year to $743 million.

Exports to Asian nations surged 91.1 percent to $446 million, and sales in the Middle East and the Latin American nations also added 4.1 percent and 13 percent, respectively, according to the data.

The brisk sales were on the back of rising demand for eco-friendly vehicles.

It is also the second-largest monthly figure after July 2022 when the country sold $1.47 billion worth of eco-friendly vehicles, the data showed.

Eco-friendly cars accounted for 25.1 percent of the country's total car exports in terms of volume, which marked the largest ever proportion, the ministry said.

Exports of auto parts also went up 3.1 percent on-year to $1.84 billion last month amid eased supplies of automotive semiconductors and the growth in demand for domestic vehicles, according to the data.

Domestic demand and production marked on-year growth for three months in a row.

Domestic production grew 24.2 percent on-year to 327,486 units last month on a low base effect and the eased shortage of automotive semiconductors.

The number of eco-friendly cars sold at home climbed 16 percent on-year to 39,612 units.

During the first 10 months of this year, around 365,000 units were sold, already larger than the total sales for the whole of 2021, the data showed.