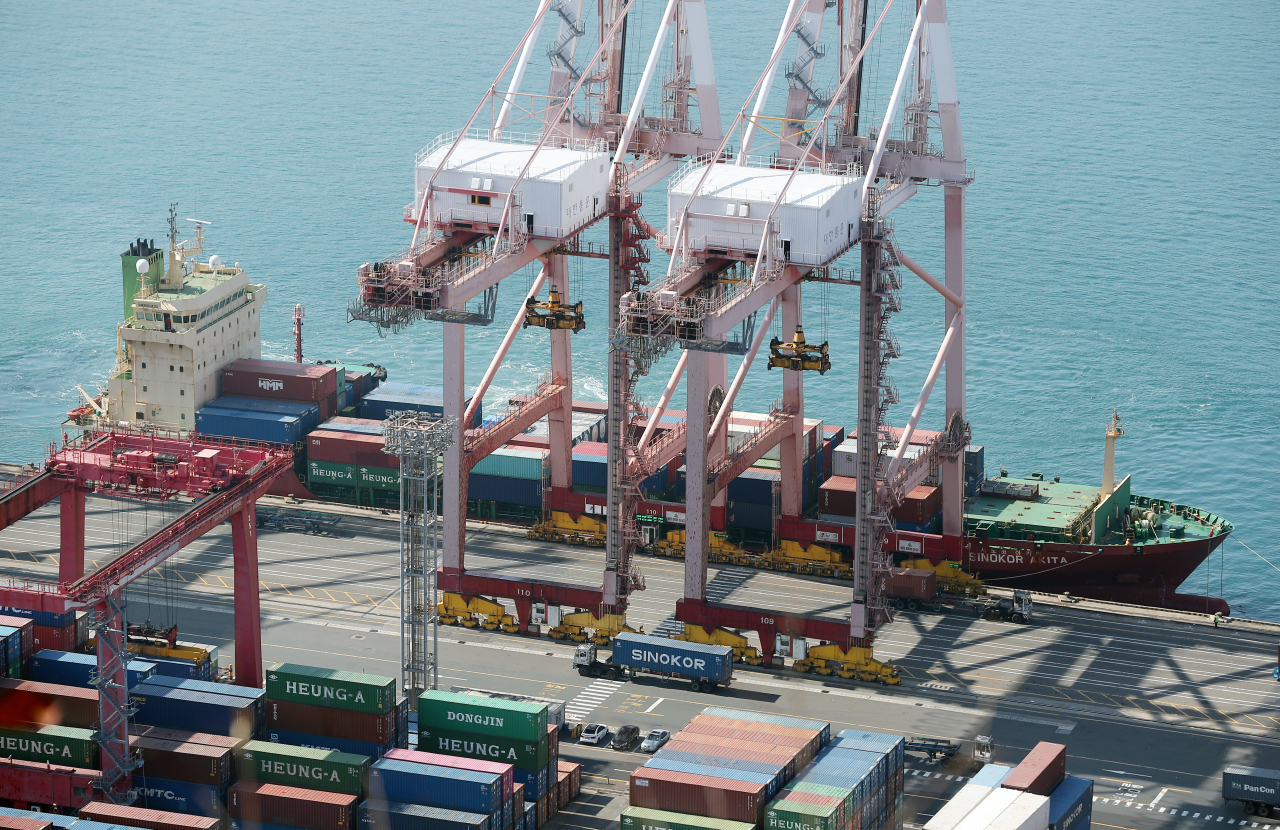 Shipping containers are stacked at a pier in South Korea's largest port city of Busan on Tuesday. (Yonhap)

The country's outbound shipments stood at $17.7 billion in the Nov. 1-10 period, compared with $18.2 billion a year earlier, according to the data from the Korea Customs Service.

Imports also went down 6.7 percent on-year to $19.8 billion during the cited period, resulting in a trade deficit of $2.05 billion.

Outbound shipments of chips, the mainstay export product, declined 27 percent, while those of mobile devices slipped 13.2 percent, the data showed.

Exports stood at $52.48 billion in October, down 5.7 percent from $55.7 billion a year earlier, separate data from the trade ministry showed. It was the first on-year drop since the 3.6 percent fall posted in October 2020.