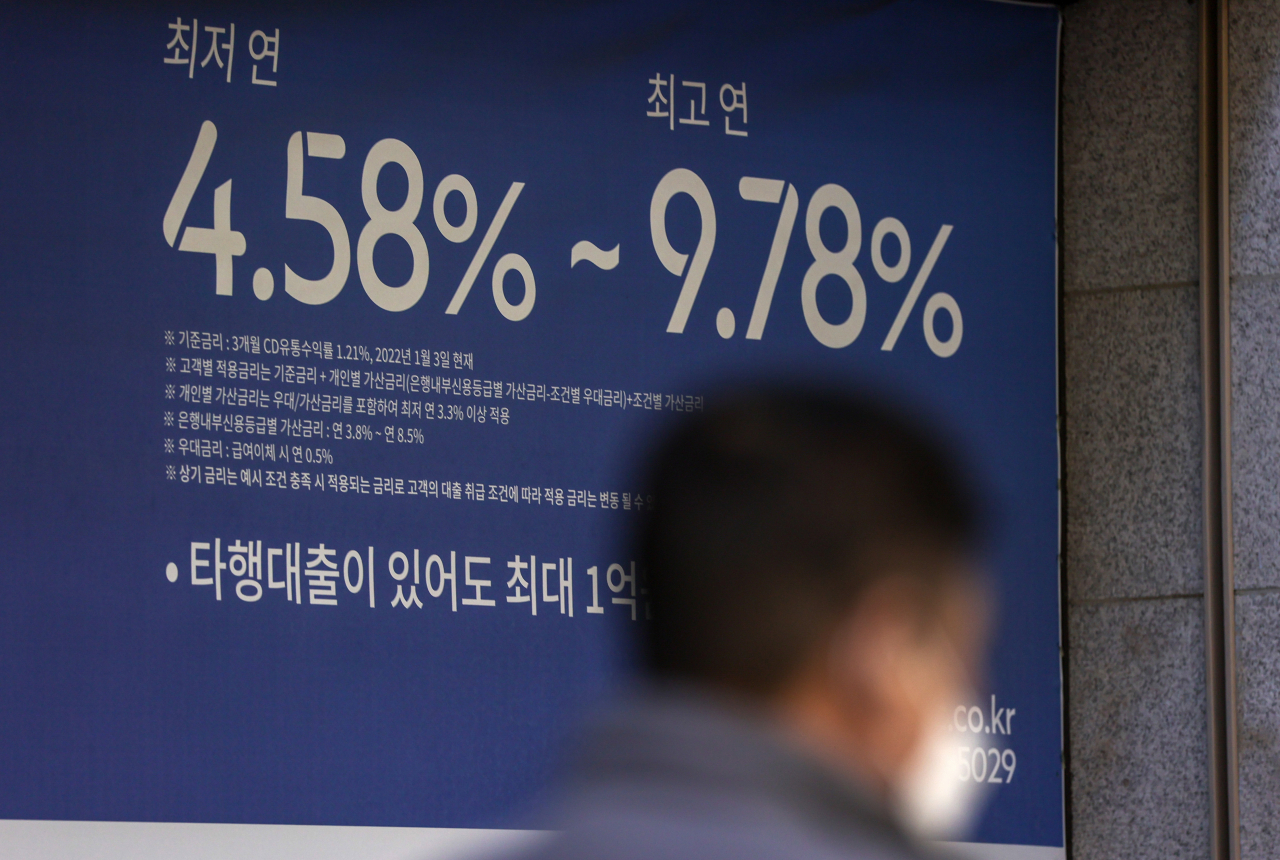 This file photo taken Oct. 27 shows a notice about mortgage loans at a bank in Seoul. (Yonhap)

South Korea will carry out eased lending rules for first-time homebuyers and owners of one home next month as the once red-hot housing market appears to be entering a downturn amid rising interest rates, the land ministry said Thursday.

The government has adopted stricter lending rules and other regulations to help stabilize the country's real estate market in recent years.

In response, the government came up with the latest measures amid growing concern about a possible failure of the property market's "soft landing" due mainly to rising mortgage rates.

The government announced last month it will allow first-time homebuyers and owners of one home who want to dispose of their existing homes to take up to a 50 percent mortgage loan for homes worth over 1.5 billion won ($1.06 million) in speculative districts starting early next year.

But it has moved the effective date forward to Dec. 1.

Currently, mortgage loans are not allowed for homes valued at more than 1.5 trillion won in speculative areas.