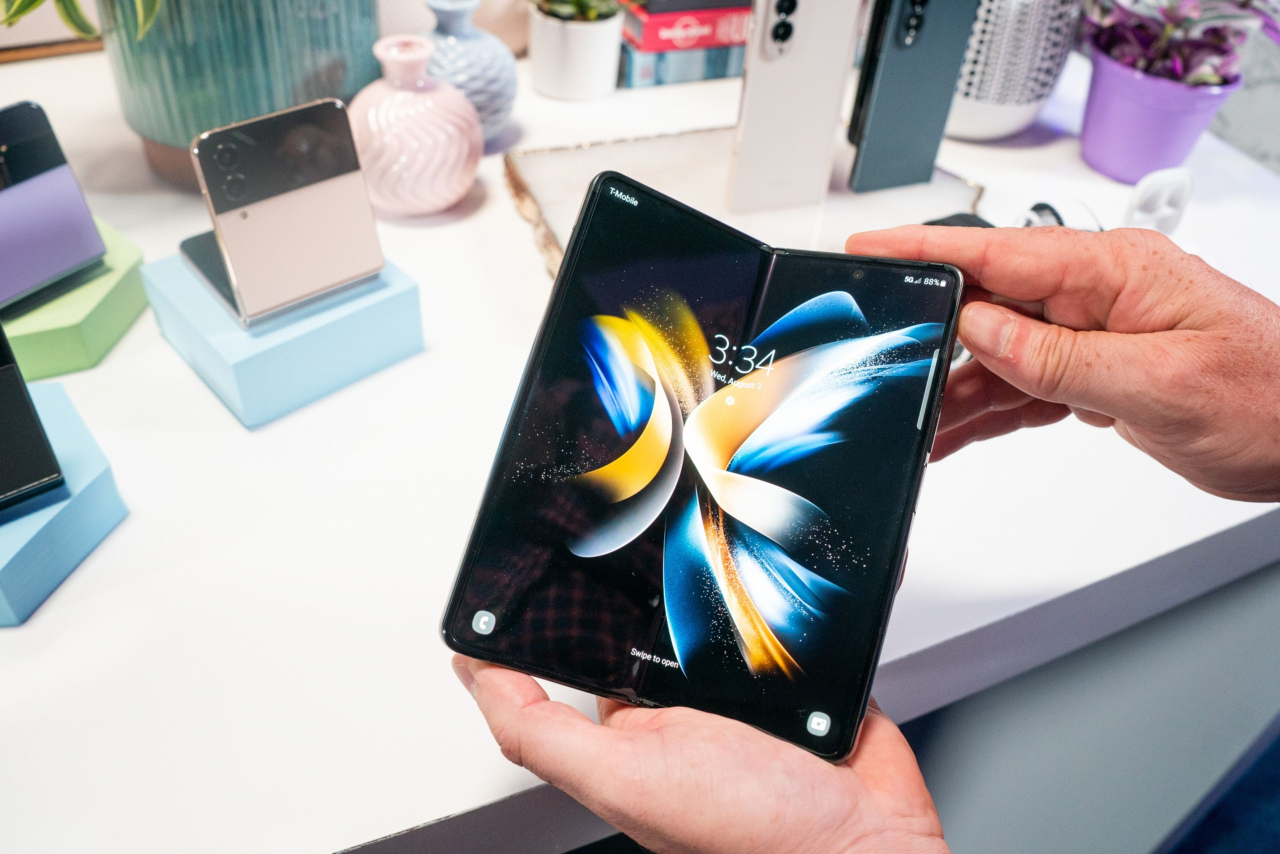 A Samsung Galaxy Z Fold 4 smartphone at the Samsung Unpacked event in New York, US, on Wednesday, Aug. 3. (Bloomberg)

Foldable phones may have prompted the demand for devices with an expandable screen, but Samsung Electronics seems not interested in slidable phones due to lukewarm marketability, an analyst said Wednesday.

“Samsung seems uninterested in slidable phones and will focus resources on foldable phones for some time.”

Unlike foldable display technologies that have been greatly improved, those for slidable displays have more limitations than appeals, according to Yi.

The colorless polyimide film should be used to protect the slidable display but the use can affect the surface quality. Among others, a digitizer, a key feature for wider screen phones, cannot function on it.

“For consumers who are familiar with folding phones like a book, sliding the screen may feel more complicated,” Yi said.

“For the same reason, the slidable display is unlikely to be used for laptops. But for tablet PCs, the entry barrier seems lower than other devices.”

Regarding Chinese smartphone makers increasingly launching foldable phones, the analyst dismissed the possibility for them to catch up with the market leader Samsung.

“Samsung Display has secured an unrivaled competitiveness, especially on related patents and production know-how. It won’t be easy for Chinese rivals to compete head-on,” he said.

“Chinese smartphone makers may seek to launch slidable phones in an attempt to differentiate themselves from Samsung. But the market potential seems limited.”