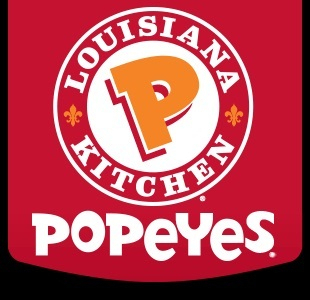 Popeyes, a US fried chicken fast food chain, said Wednesday it is returning to the South Korean market in the coming weeks after a nearly two-year hiatus.

Popeyes is set to open its first new location near Gangnam Station in southern Seoul, with employee training starting on Monday.

Meanwhile, South Korea's fast food market is experiencing a heated "burger race," as companies left and right jump into to the fray.

According to a study published in June by market research company Euromonitor International, Korea's hamburger market has surged 42 percent to 4 trillion won ($2.93 billion) this year, compared to 2.8 trillion won in 2018.

The market, which has traditionally been dominated by a few major fast food franchises such as Lotteria and McDonald’s, has seen an influx of competition since 2016, when SPC Group staked out its position by bringing in US burger chain Shake Shack. It was soon followed by No Brand Burger in 2019, Gordon Ramsay Burger in January, Five Guys in October and Super Duper Burgers in November.

With its relaunch, Popeyes will be the newest addition to growing competition within the fast food market.

“The growth of South Korea’s burger market can be attributed to the Westernization of the Korean people’s palette,” Lee Eun-hee, consumer science professor at Inha University told The Korea Herald. “The demand for animal protein is going up, but steak and other meats are expensive, so people look for alternatives.”

Popeyes originally launched its Korean operations in 1994. It had over 200 locations nationwide at its peak, but numbers were down to about 10 locations in 2020 when it exited the market.