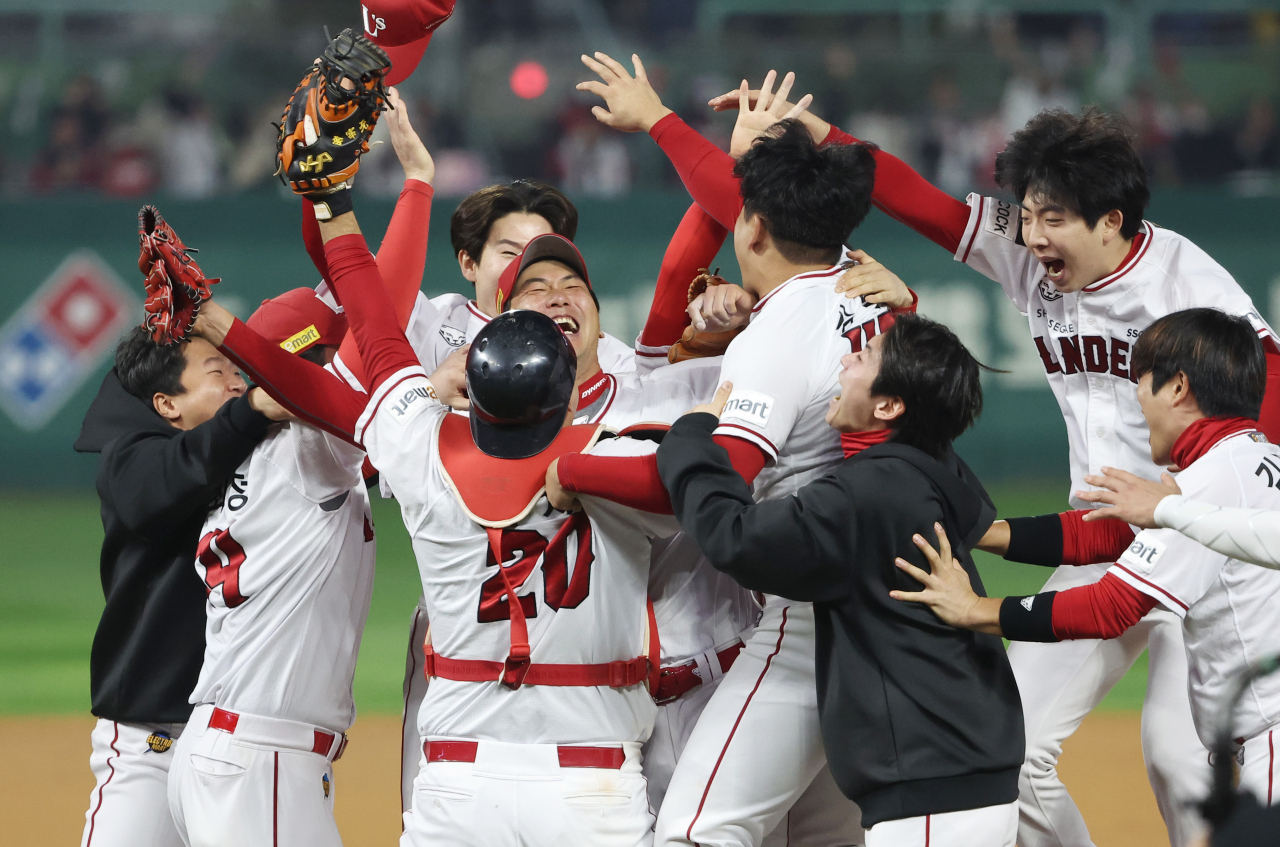 INCHEON -- They have landed on the pinnacle of South Korean baseball: the SSG Landers are the 2022 Korean Series champions.

The Landers finished off the Kiwoom Heroes in six games in the best-of-seven series on Tuesday, with a 4-3 victory at home, Incheon SSG Landers Field, just west of Seoul.

No. 8 hitter Kim Sung-hyun delivered a go-ahead, two-run double in the sixth, and starter Wilmer Font overcame two home runs to pick up his second win of the series in the clincher. 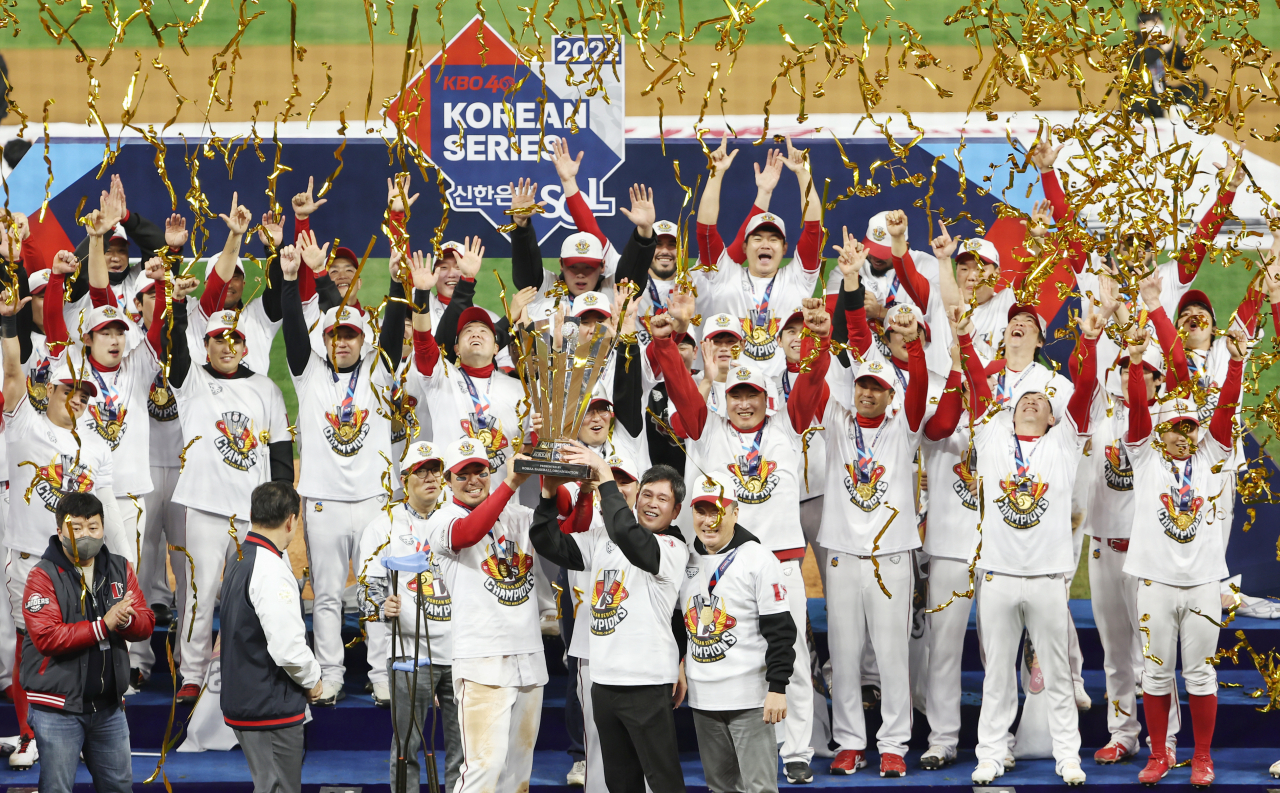 This is the Landers franchise's first Korea Baseball Organization (KBO) championship under the name Landers, and fifth overall dating back to days of the SK Wyverns, who won the 2007, 2008, 2010 and 2018 Korean Series titles.

This year, the Landers became the first team in KBO history to spend an entire regular season in first place. They received a bye to the Korean Series as the top seed, and after splitting the first four games against the pesky underdogs, the Landers captured the title by winning the final two games at home.

The teams traded zeroes in the first two innings, with the Heroes stranding a runner at second in the top first and the Landers unable to cash in after putting two men on with nobody out in the bottom second.

The Heroes then broke the ice in the top third, as Im Ji-yeol, making his first start of the series in the leadoff spot, hit a two-run homer to right field off starter Wilmer Font.

The Landers immediately pulled even in the bottom third against starter Tyler Eppler. With runners at first and second, Han Yoo-seom hit a grounder at first baseman Jeon Byeong-woo. Jeon made a tricky catch while falling down, but from his knees, he threw the ball over the head of Eppler covering the bag. It allowed both runners to come home for a 2-2 tie.

The Heroes reclaimed their lead in the top sixth, once again with a home run. This time, it was Lee Jung-hoo with a line drive solo shot over the right field wall for his first career Korean Series homer.

But the lead didn't last long.

Eric Jokisch, usually a starter for the Heroes, came out of the bullpen to relieve Eppler to begin the bottom sixth. After the first batter of the inning reached on an error, Jokisch walked the next batter. A sacrifice bunt moved the runners to second and third, and Kim Sung-hyun brought both home with a double to left-center gap.

While the Heroes were booting the ball all over the field to the tune of three errors, the Landers flashed some leather all across the diamond. Starting right fielder Han Yoo-seom made a tough catch in foul territory at the wall in the third inning. After Han was taken out with a hamstring injury while running the bases in the third, center fielder Choi Ji-hoon moved over from center to right, and made a similar grab on a foul fly at the wall in the fifth.

The highlight came in the seventh, when shortstop Park Seong-han made a tough catch on a foul fly while sliding feet first into the wall in foul territory, and then first baseman Choi Joo-hwan snared a line drive with a diving catch.

Then with one out in the top ninth, the Landers summoned starting pitcher Kim Kwang-hyun for a save opportunity. The left-hander had closed out the Wyverns' last title in 2018, and he got the final two outs for the first title for the Landers. (Yonhap)