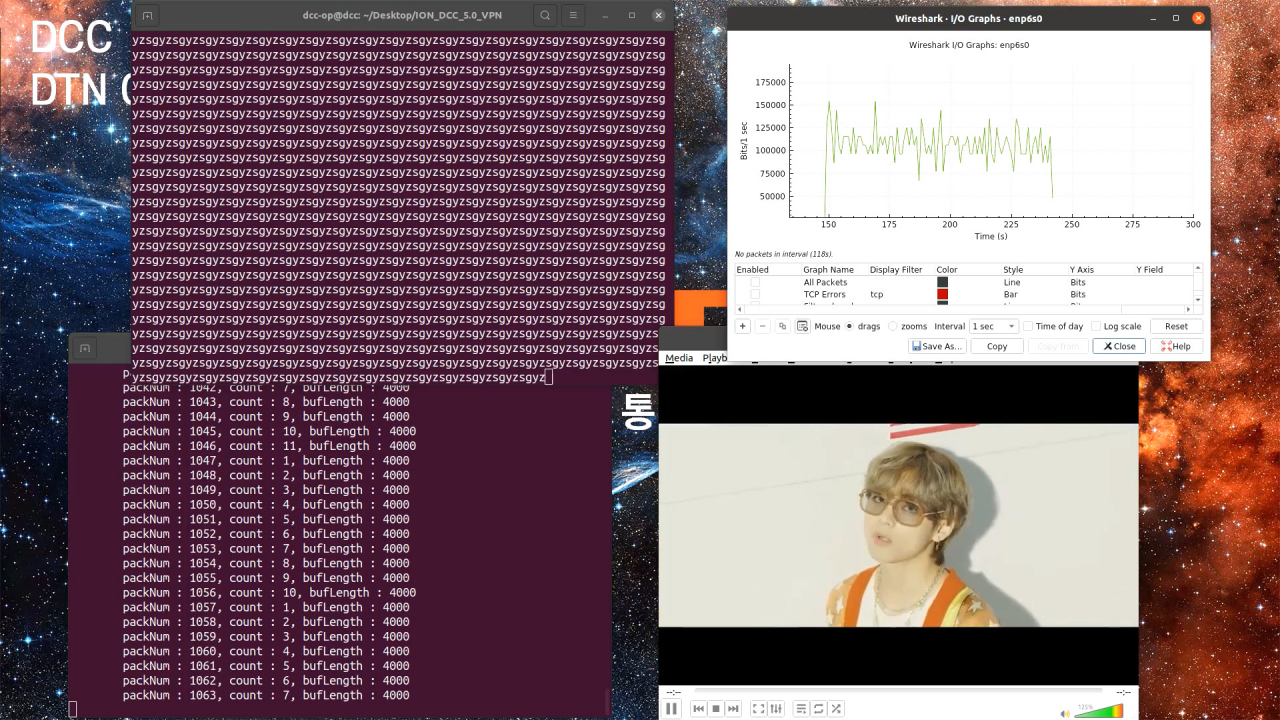 The photo shows a screen playing the music video of BTS' "Dynamite," sent by Danuri. (Ministry of Science and ICT)

According to the Ministry of Science, Danuri, also known as the Korea Pathfinder Lunar Orbiter, underwent disruption tolerant network tests on Aug. 25 and Oct. 28.

DTN tests are designed to test if data is transmitted wholly under extreme conditions and over very large distances.

During its first DTN test held on Aug. 5, a music video of BTS’ hit record "Dynamite" was sent from the orbiter to Earth with the help of space internet devices devised by Electronics and Telecommunications Research Institute.

The 11.19-megabyte video -- three minutes and 43 seconds long in length -- was played by the ground station situated some 1.21 million kilometers away from the orbiter within 10 seconds of its transmission.

Following the successful test on Oct. 28, ETRI texted to Danuri, "We are on our way, wait for us, moon," and the orbiter successfully returned the message to the institute.

The tests were conducted to test whether the orbiter would be able to transmit observational data during its lunar exploration mission, which is set to be initiated starting late December.

Danuri was launched in August as the country's first lunar mission.

It is slated to enter the moon's orbit on Dec. 17 and land on it in late December to measure the terrain, magnetic strength, gamma rays and other traits of the lunar surface.

Starting in January, the South Korean orbiter is planned to circle the moon at an altitude of 100 kilometers for a year to observe the moon's magnetic field and search for potential lunar landing sites.