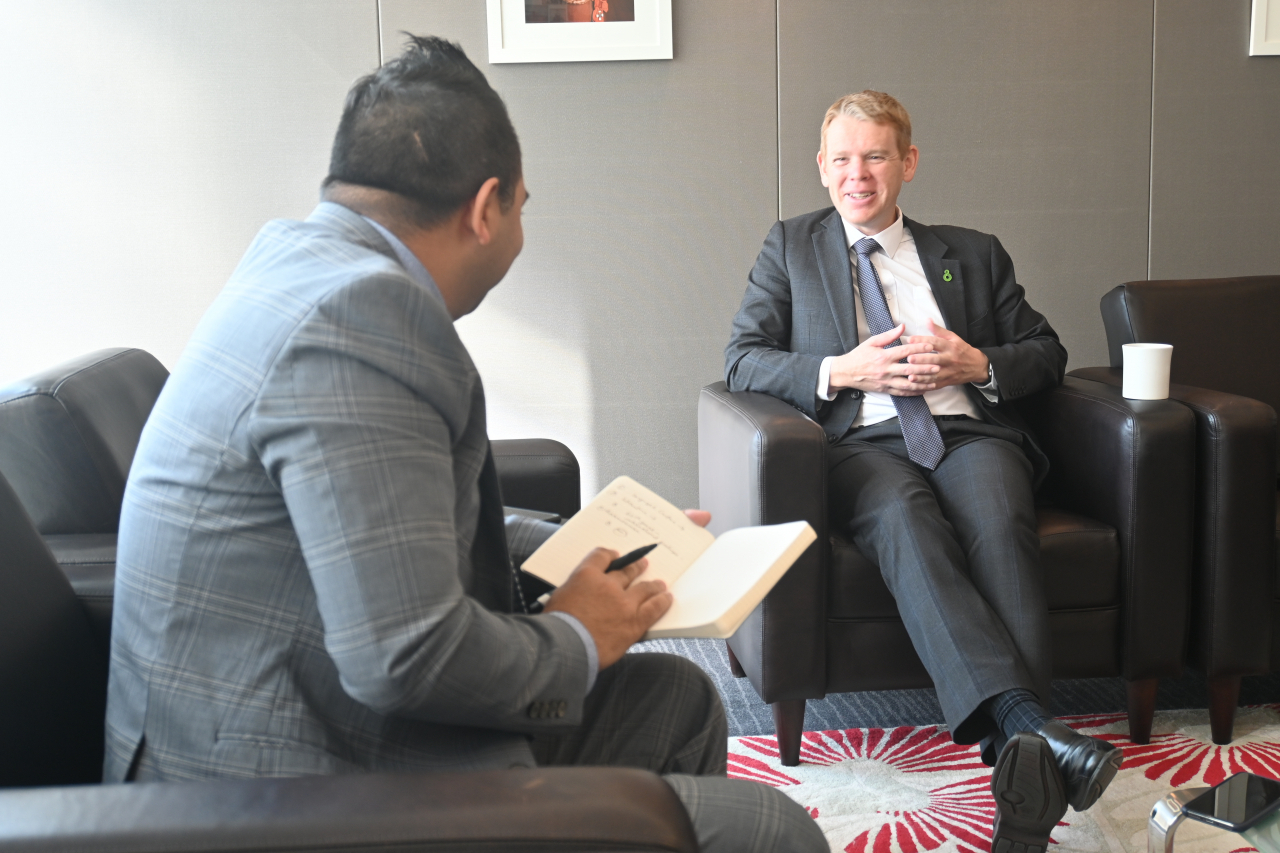 New Zealand is hoping to resume international student exchanges with Korean institutions after COVID-19, the country's Minister of Education Chris Hipkins said in an interview with The Korea Herald on Oct. 24.

“New Zealand's borders have fully reopened again, there are no restrictions in place now,” said Hipkins who visited Seoul as the leader of a delegation promoting the country as an international education destination.

“Korean students can easily go without any restrictions,” the minister stressed, adding that there is no quarantine on arrival, and face masks are now voluntary in New Zealand.

Emphasizing New Zealand's high quality education system, the minister said that international students can apply for a visa to study in New Zealand at any point and pursue their dreams in a safe and welcoming environment.

“New Zealand students really enjoy learning about the language and culture of students coming from other countries, which is one of the reasons that we place such a high prominence in on international education," he said.

“Because we're a small country, we have extensive relationships with rest of the world." 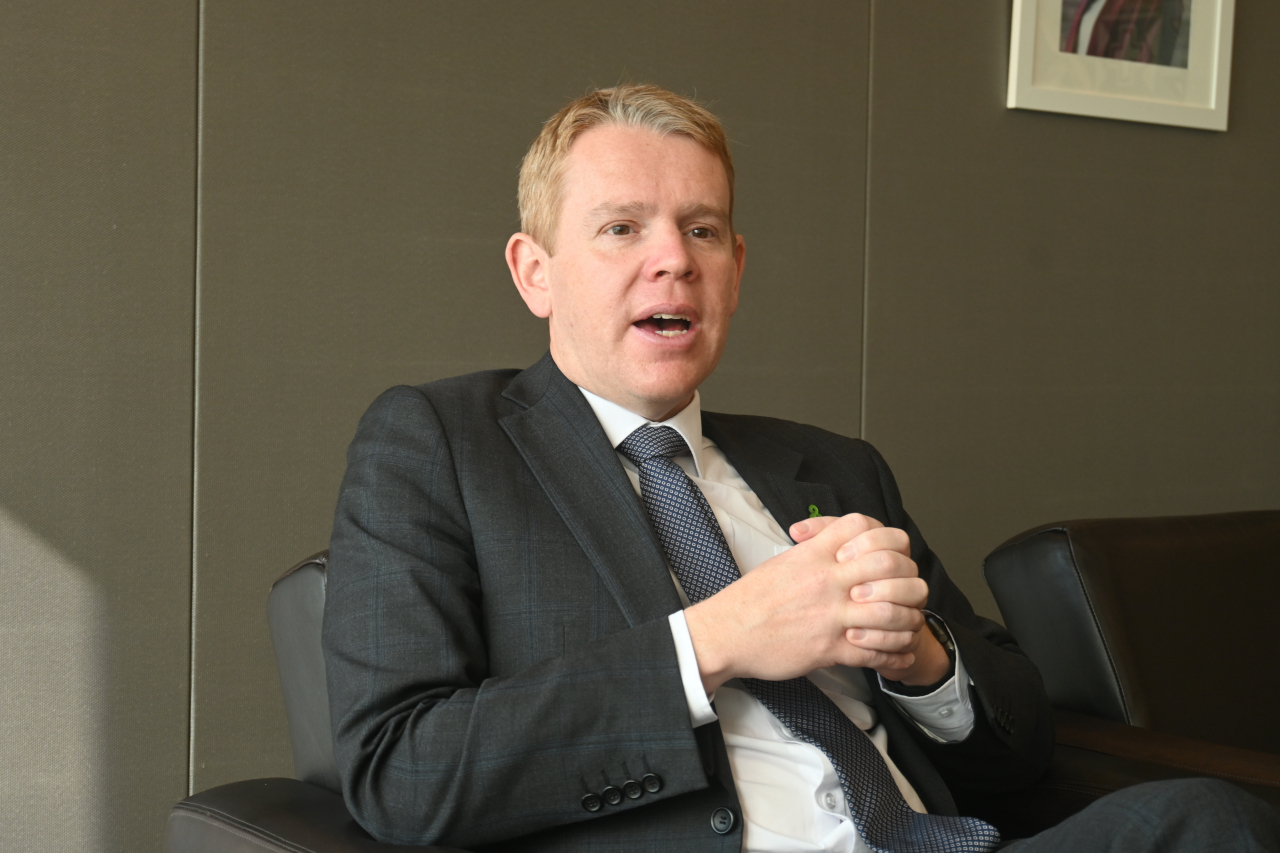 “We want to diversify, (and put) a different range of products and services out into the market,” he said, stressing plans to provide new, different ways of studying in New Zealand with more distance education and international education products.

Hipkins explained a significant focus on student attendance, literacy, and numeracy, as well as engagement and essential foundational skills after COVID-19.

“We're changing our vocational education system to provide more on-the-job learning opportunities so people can learn, and earn at the same time,” he said.

“The New Zealand government is also looking to expand and increase the number of scholarships for international students,” he said.

He referred to significant number of New Zealand students coming and studying in Korea on the New Zealand government’s Prime Minister's scholarships for Asia.

Prime Minister scholarships are available for students wanting to study anywhere in Asia, and since the program was established in 2013, 145 New Zealanders have been funded for study, research and internships in Korea. 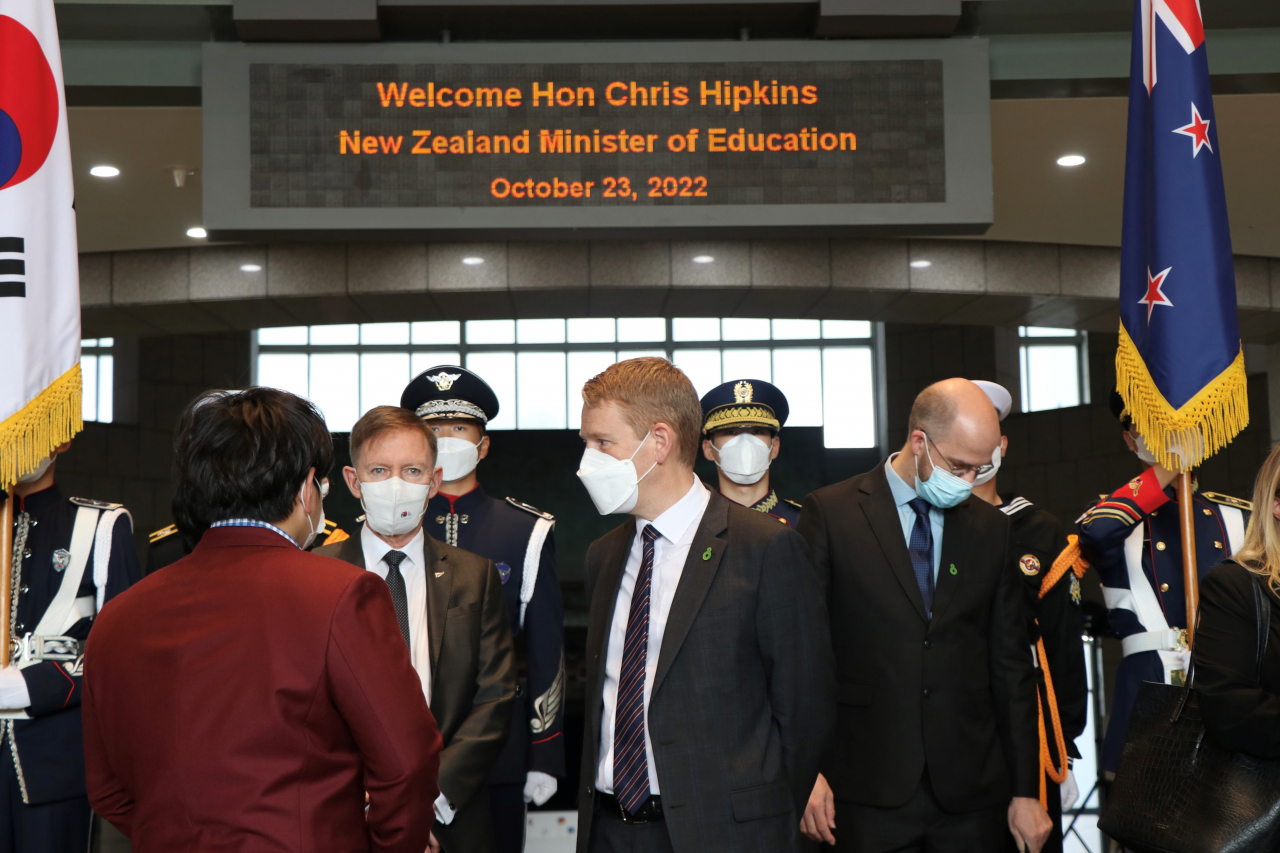 According to arrangement, students and teachers from Incheon will be participating in the New Zealand Global Competence Certificate offered by Massey University and AFS. Through the program, they will be able to develop self-awareness, empathy, critical thinking and cross-cultural communication – global skills essential to live, work and make a real impact around the world. 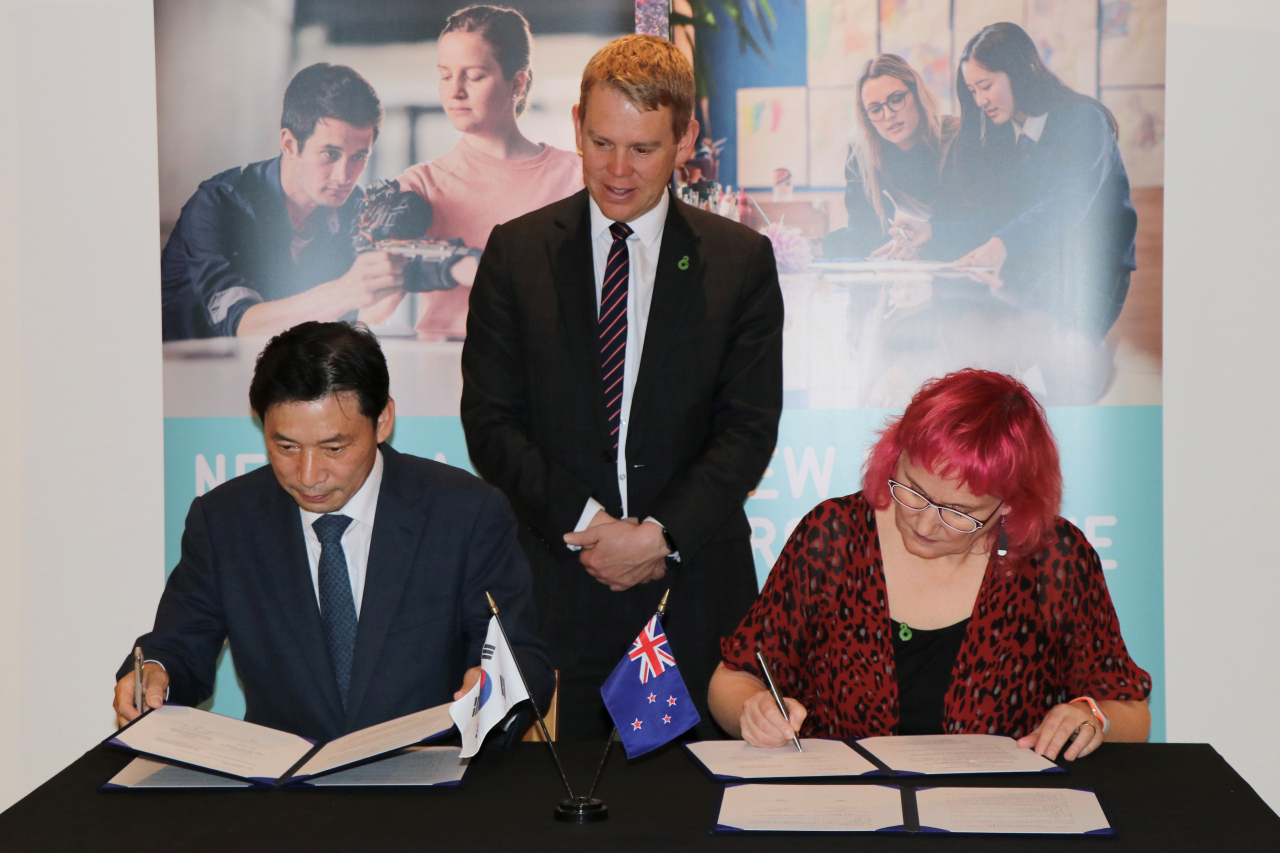 “It's something that we would like to continue to build on in the future,” he said underlining a deep degree of interest in international education and the existing New Zealand and Korea educational cooperation agreement.

There are now 40 New Zealand schools offering Korean as a subject with support from both the Korean and New Zealand governments, according to New Zealand embassy.

Korea is also a popular destination for New Zealand students.

“The more we learn about each other, the more we exchange people and ideas, then I think the more harmonious the globe will be,” said Hipkins.