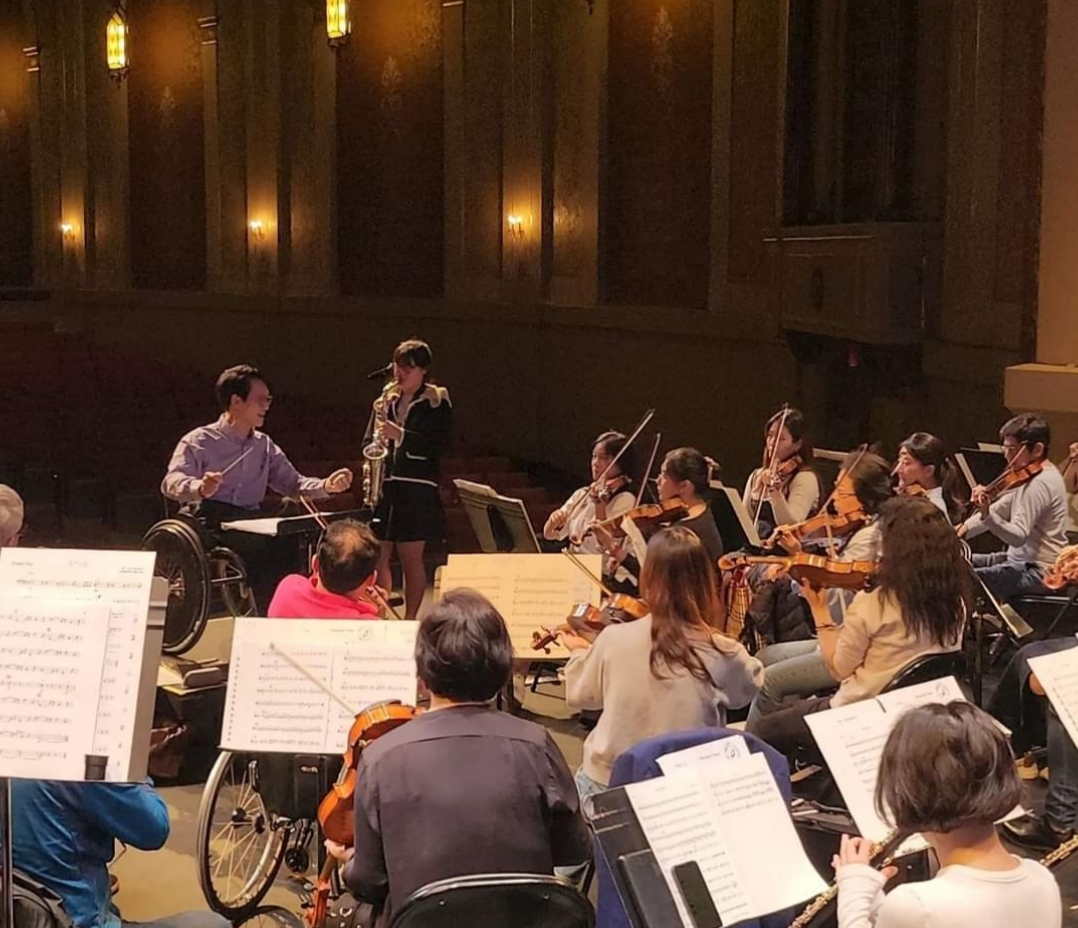 Under the theme “Visual Music, Musical Art,” two concerts featuring an orchestra and disabled guest musicians, were held in the US last weekend.

The Soliall Philharmonic Orchestra from Korea performed with eight guest musicians -- including pianist Son Eun-young, blind violinist Kim Ji-sun, blind clarinetist Lee Sang-jae and blind cellist Kim Min-joo -- first at the Davis Theater for the Performing Arts in Alabama on Saturday, and then at the Gas South Theater in Georgia on Sunday. Some 800 people attended the Alabama concert, and around 500 people attended the concert in Georgia.

Conductor Cha In-hong, known as “maestro in a wheelchair” and a professor of violin at Wright State University in Ohio, took the baton. Cha conducted a joint performance by the Seoul Philharmonic Orchestra and Heart to Heart Orchestra, an orchestra composed of developmentally challenged youths, at President Yoon Suk-yeol’s inauguration in May.

The program for the two concerts included popular classical music pieces by Beethoven and Bizet as well as Korean music. 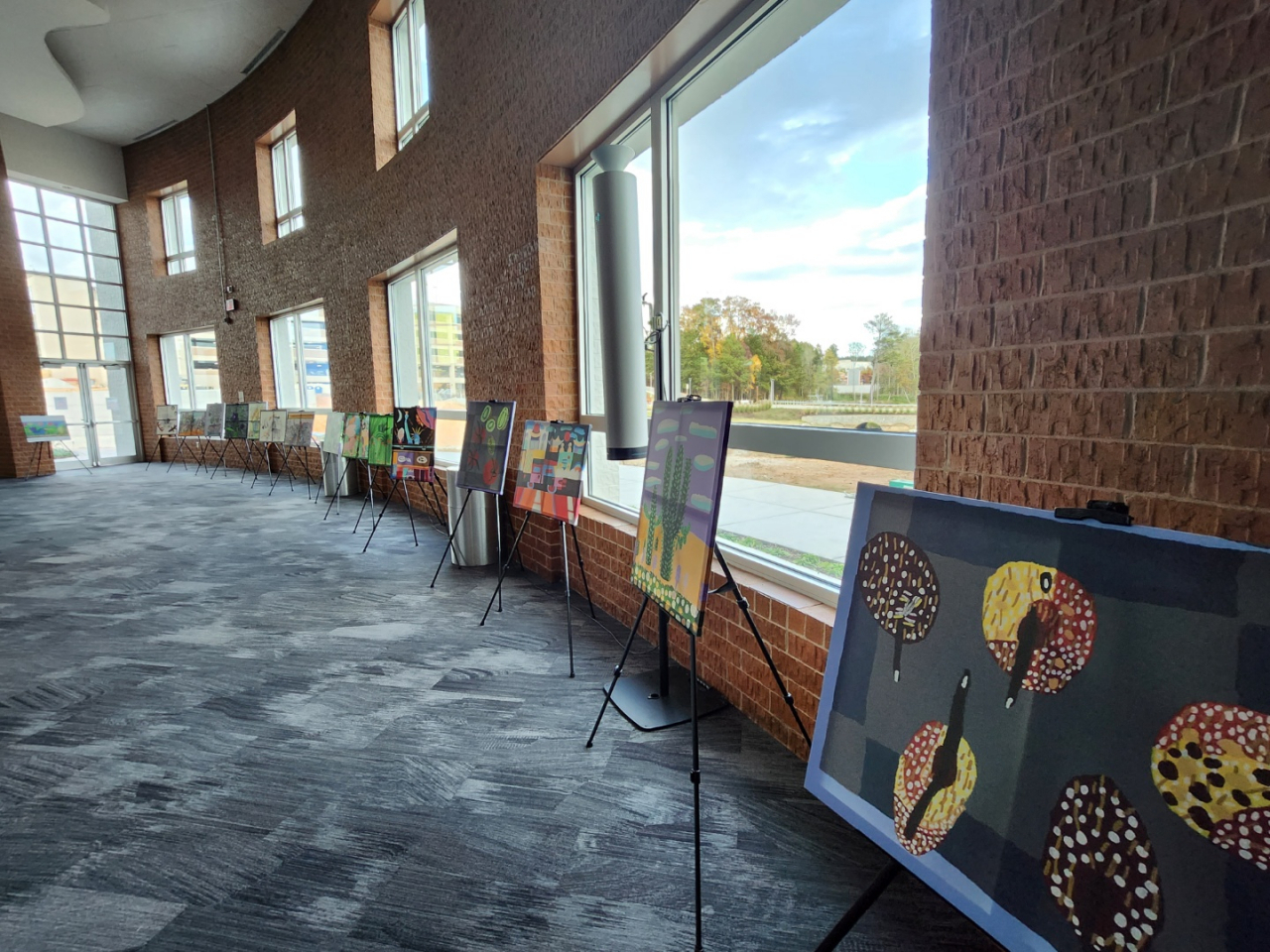 Art is on display at the concert hall lobby of the Gas South Theater in Georgia. (The Soliall Philharmonic Orchestra)

Sixteen paintings selected for the programs were on display in the concert hall lobbies and were also showcased on the stage screen during the performances.

The concerts were sponsored by the Big Sky Environmental, a waste management service company in Adamsville, Alabama, Hyundai Motor Group, Community Chest of Korea and the Ministry of Culture, Sports and Tourism and the Korean-American Association of Greater Montgomery.