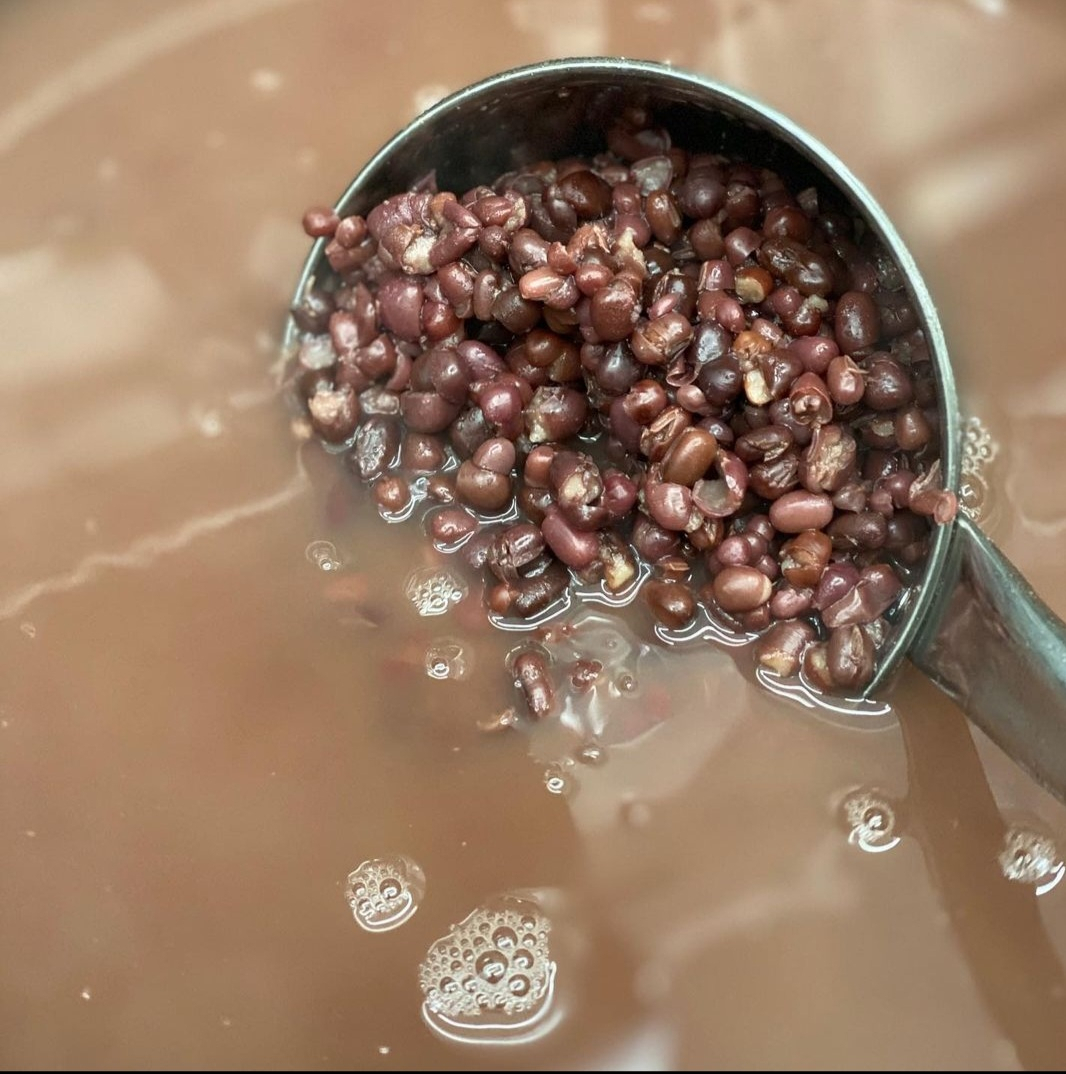 Autumn is in full swing, with chilly mornings and evenings, prompting people to seek nourishing food that rejuvenates and warms the body in preparation for the fast-approaching winter season.

Red beans, or pat in Korean, are a popular ingredient that Koreans think of when picturing warm comfort staples.

On Dongji, the day with the shortest daylight hours, Koreans traditionally eat patjuk, or red beans porridge. According to Korean folklore, the long night on Dongji awakens evil spirits and the red beans ward them off.

Dongji falls on Dec. 22, but it is never too early to dig into a piping hot bowl of patjuk on a crisp autumn day. 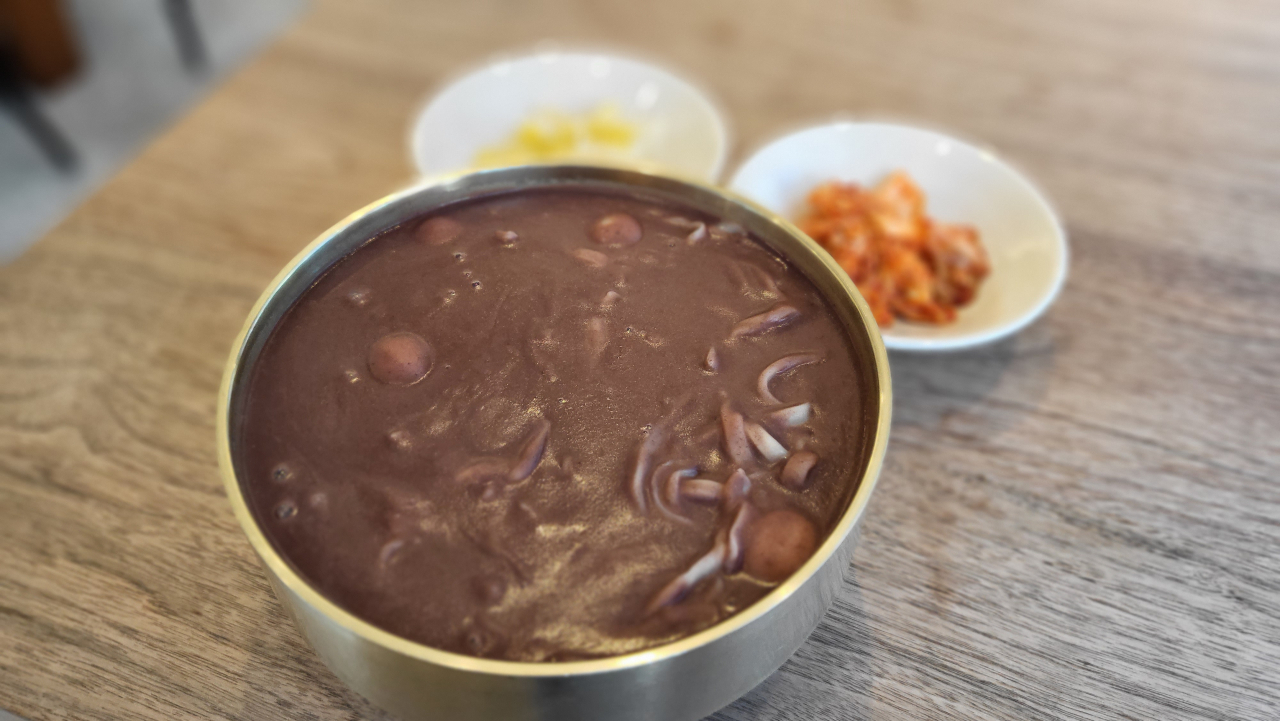 A bowl of patkalguksu, served with two types of kimchi (Kim Hae-yeon/ The Korea Herald)

A door with Blue Ribbon Survey stickers greet visitors at Farmer's Market Patjib located in the first corner of Apgujeong Station Exit No. 4. The restaurant has received a Blue Ribbon for four years running.

"I think the Blue Ribbon has found us through word-of-mouth, and became interested in the fact that we serve traditional meals made of red beans in a modern fashion." Farmer's Market Patjib owner-chef Kim Tae-hyun told The Korea Herald on Wednesday.

The restaurant started its business in 2011 in Bundang, Gyeonggi Province. Throughout the past decade, the restaurant has expanded to three other locations -- one in Hwaseong, another in Bundang, and one in Apgujeong-dong, where Kim is currently based.

He recalled an interesting trait he noticed while traveling around the country on a mission to study and make the best patjuk.

People from all parts of the country gather in the capital, so Kim thought that offering both options would serve the needs of guests from both provinces.

"Most come to try the version of patjuk they they are familiar with, but end up falling in love with the version they are trying for the first time. For instance, a regular guest of ours from Jeollado often came to have patkalguksu, but later, he fell in love with patjuk with rice, which he had never tried back home." 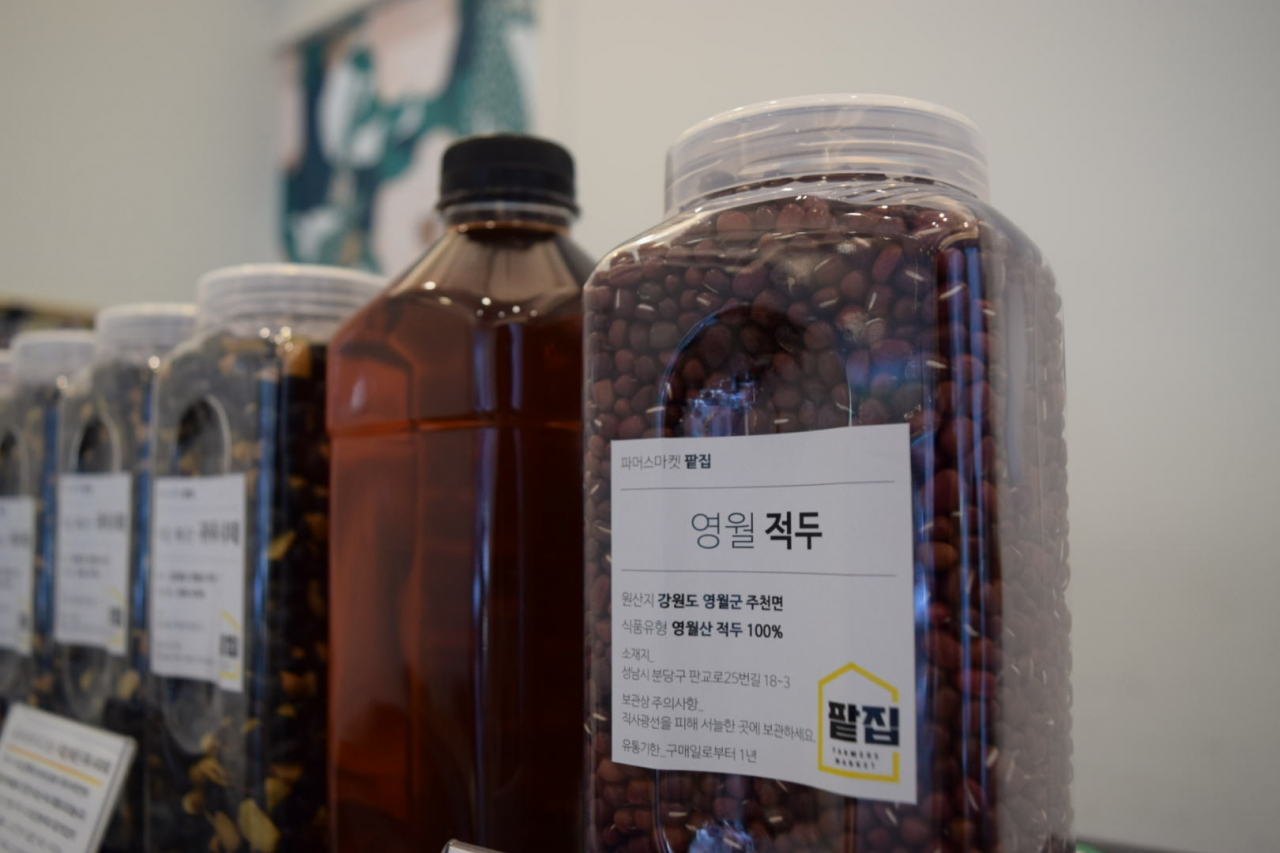 Kim has been using red beans grown at a farm in Yeongwol County, Gangwon Province, for over a decade.

The farm has been specializing in growing red beans for over 35 years, according to Kim.

"I searched for quality red beans across the country and this farm adjacent to the Jucheon lake is top notch. Experts and farmers know that high quality grains are grown near the lake due the right conditions. All the grains that I have tasted during my visits were fresh and clean, which I think plays an essential part in the outcome of patjuk."

Kim said that not many people know the labor intensive process of making patjuk.

"It takes more than 12 hours on average, from the beans to the porridge. I believe what makes for good patjuk is the firm rinsing and aging of the beans." Kim said. A strict three-step aging process is implemented at the restaurant which also lets the porridge sit in a pressure cooker for a few additional hours to yield a texture that is neither too thick nor too thin.

"One reason why patjuk can be a divisive food is because people with weak digestive systems may experience excessive gastric acid while having patjuk, disturbing the taste palate. This is often the case for the elderly," Kim said, adding that the regulars at his restaurants appreciate his patjuk which does not cause cause this problem.

"I feel very proud when they come up to me and say that they are happy to enjoy patjuk again like they used to. This is because we thoroughly wash the red beans and take time for the aging process," Kim said. 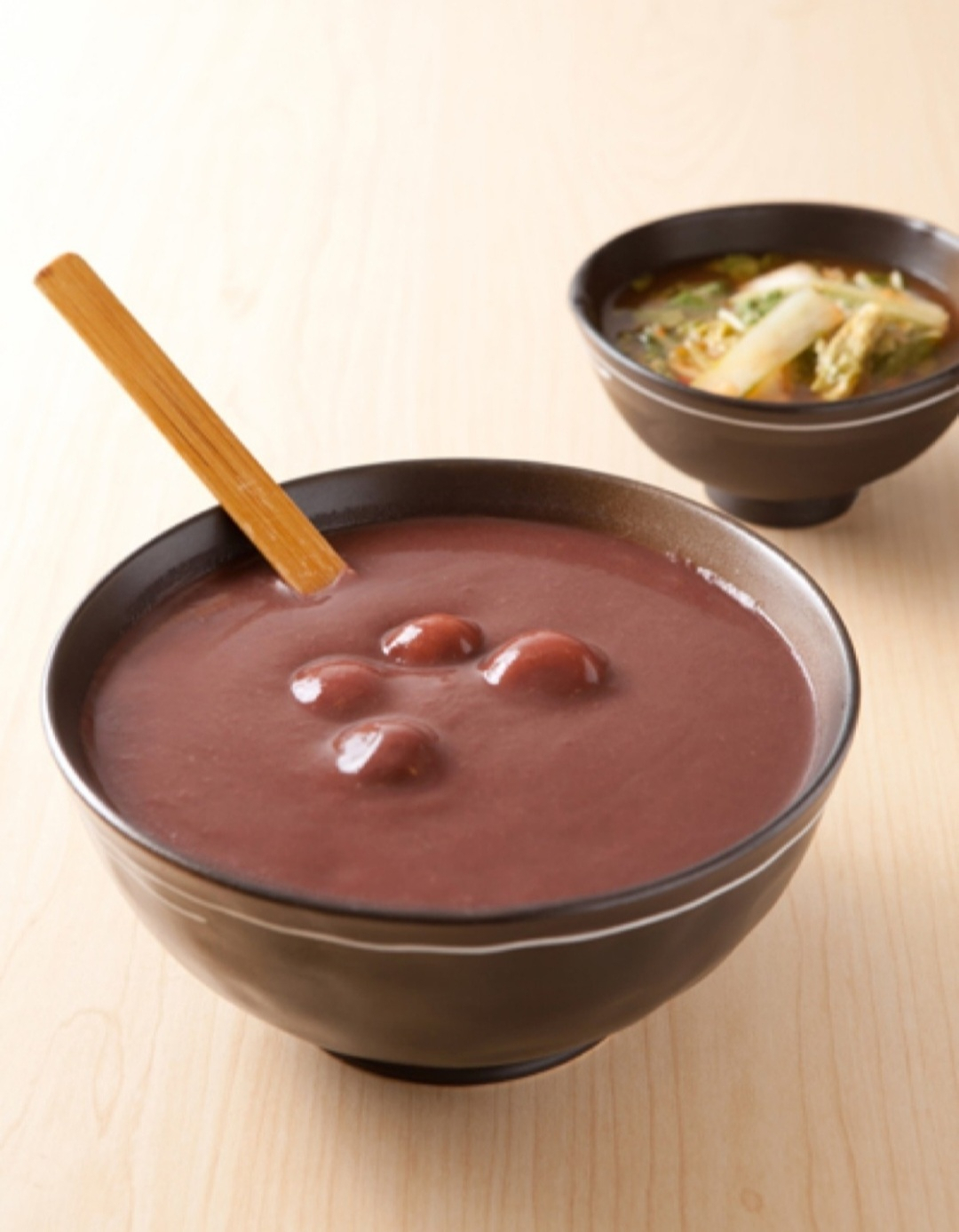 Kim said that having the easy-to-grab snack items on the menu will hopefully attract young students, teenagers and foreigners to try patjuk and patkalguksu.

"Koreans who had lived in other countries for over 30 years come to have patjuk here, saying that it reminds them of their grandmother's patjuk. This means that patjuk is fading away from today's food culture." Kim said. "On top of serving fresh patjuk to our regular guests, I am also on a personal mission to invite more youngsters and foreign travelers to Korea to remember the unique taste that they offer."