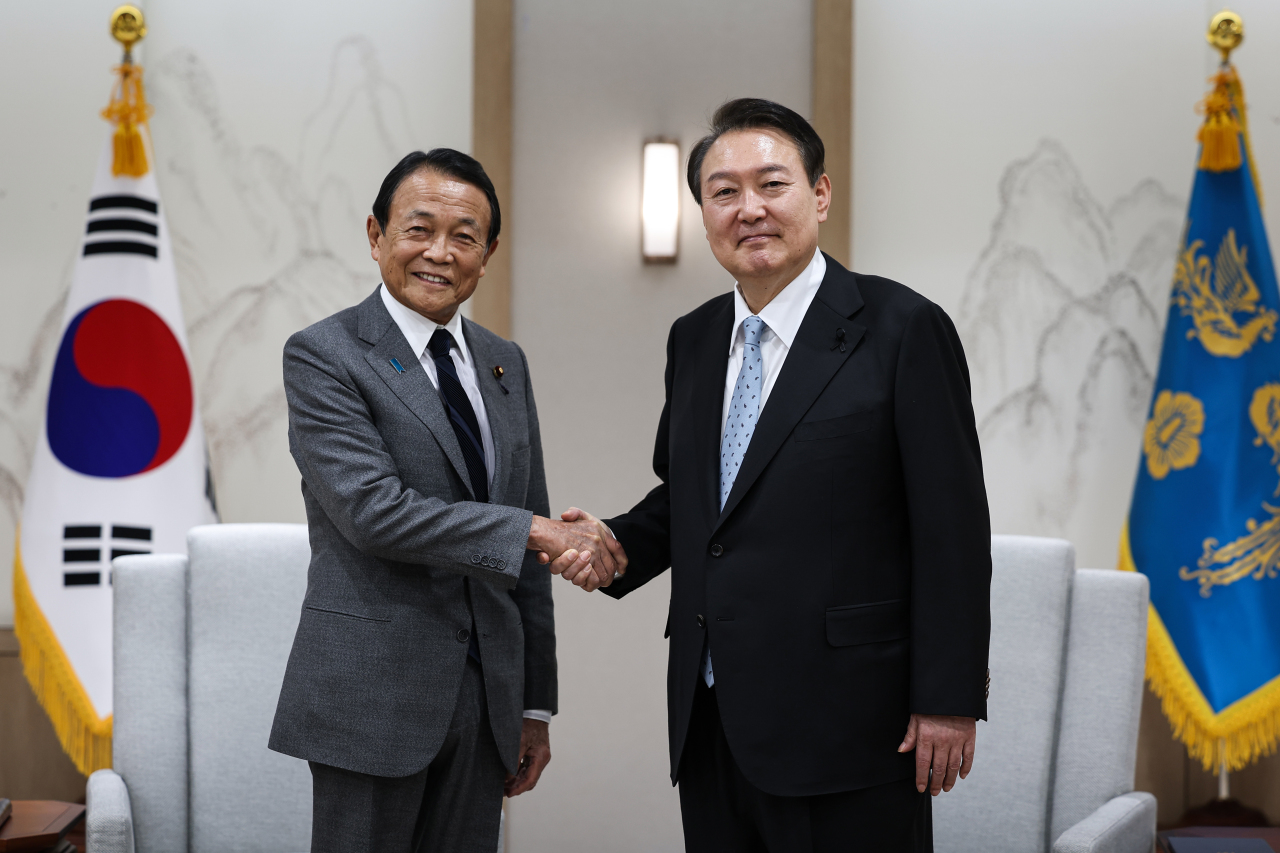 Yoon Suk-yeol (Right) shakes hands with former Japanese Prime Minister Taro Aso at the presidential office in Seoul on Wednesday, in this photo provided by his office.(Yonhap)

Aso, vice president of the ruling Liberal Democratic Party, is visiting South Korea as head of a Japan-South Korea cooperation committee made up of elders and established in 1969 following the normalization of relations between the two countries. He is also deputy head of the Japan-Korea Parliamentarians' Union.

Aso pledged to continue to work for the swift restoration and development of relations between the two countries, while noting the need for continued dialogue and cooperation, Lee said.

The meeting came as Seoul and Tokyo have been seeking to repair ties badly frayed over wartime forced labor and other issues related to Japan's 1910-45 colonial rule of the Korean Peninsula.

Japan's Kyodo News reported earlier that a meeting between Aso and Yoon was being arranged in a bid to find solutions to the issue of Japanese firms' compensation over Korean forced labor during World War II.

Meanwhile, Yoon met separately with Richard Haass, president of the U.S. Council on Foreign Relations, and discussed the South Korea-U.S. alliance, as well as North Korea's nuclear and missile threats and other key regional and international issues, according to Lee.

The two shared their deep concern over North Korea's ballistic missile launch earlier in the day and agreed that the international community should respond firmly to the North's repeated provocations, he said.

Haass further expressed his condolences as a father of two over the deadly crowd crush that killed at least 156 people, mostly in their 20s, in Seoul last weekend. (Yonhap)