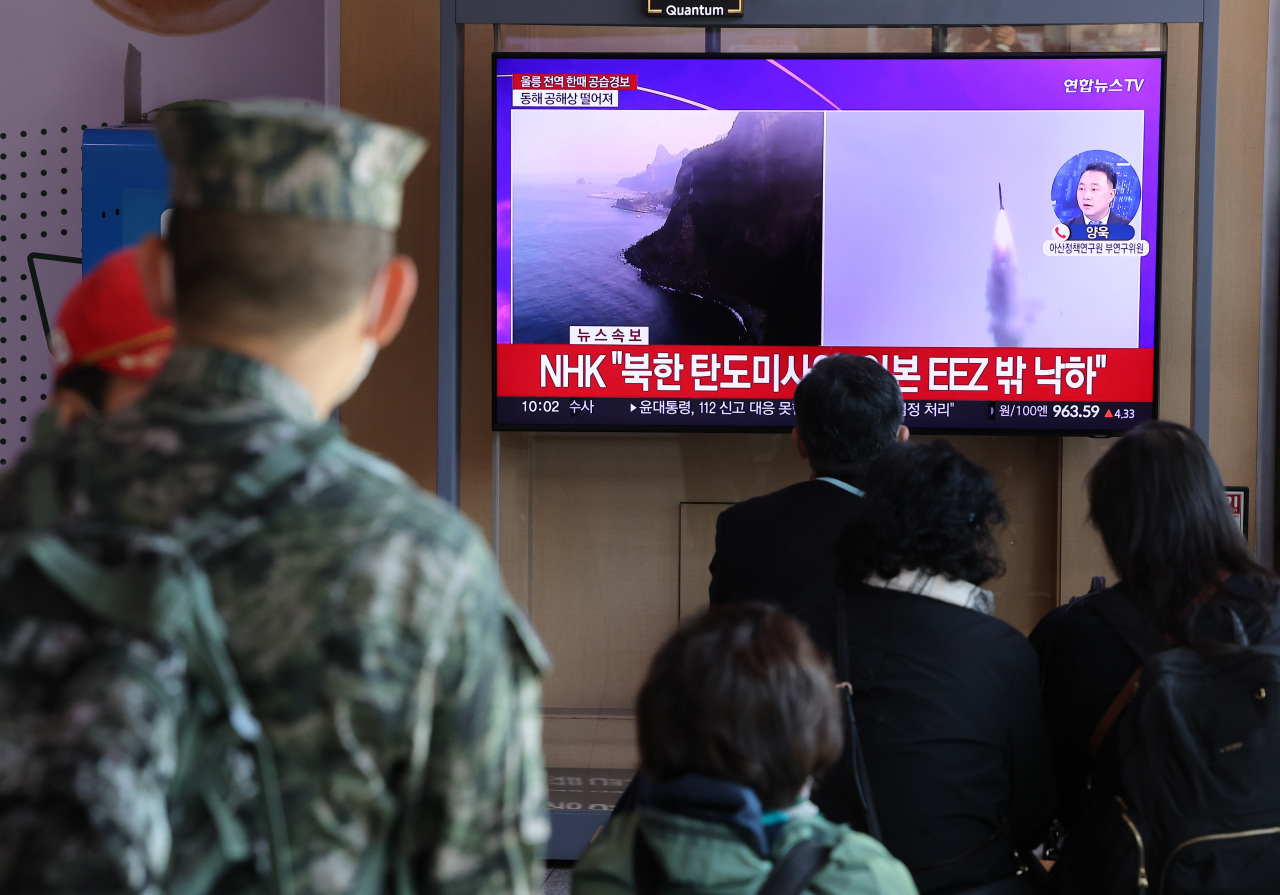 A soldier watches a TV report at Seoul Station on Wednesday, about North Korea's launch of at least three short-range ballistic missiles into the East Sea earlier in the day. One of the missiles flew across its de facto maritime border with South Korea. (Yonhap)

According to the JCS, six projectiles including surface-to-air missiles were fired from two locations into the East and the West seas between 4:30 p.m. and 5:10 p.m.