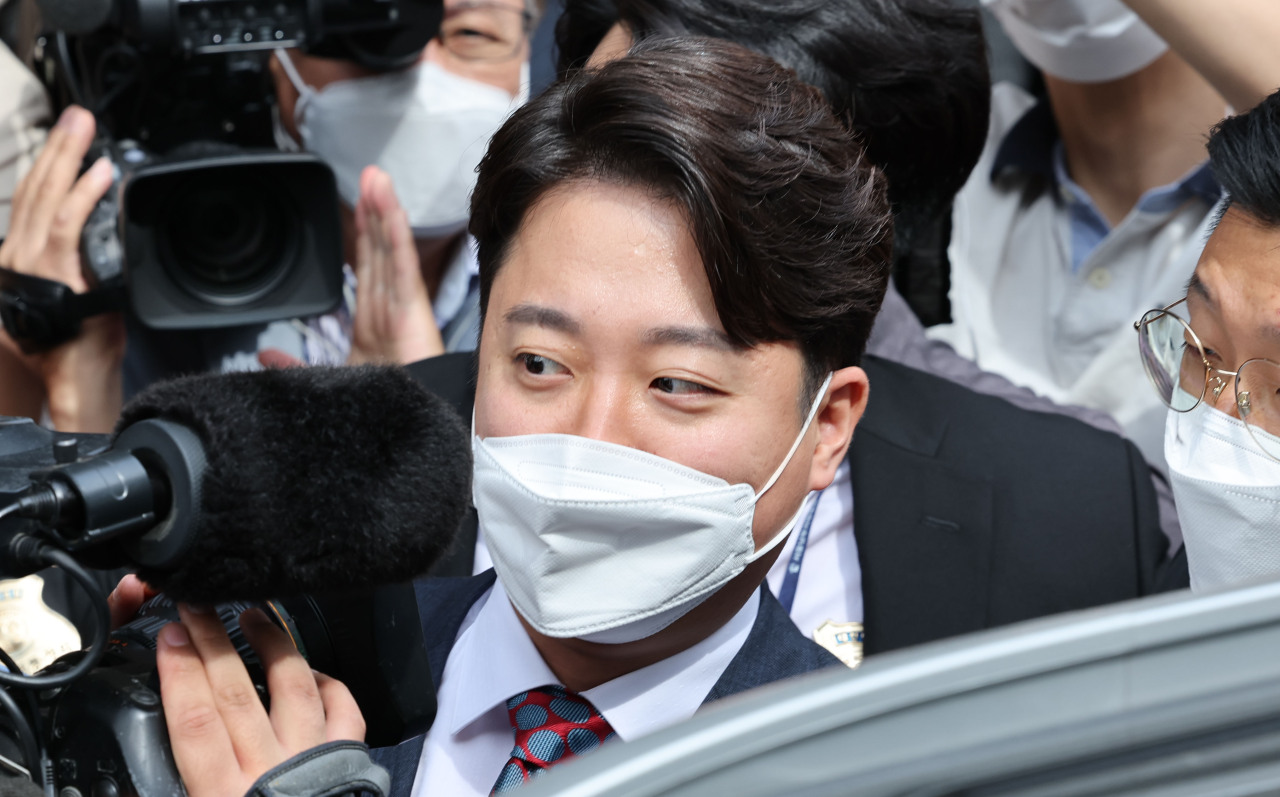 Lee, the former chairman of the ruling People Power Party, has been accused of receiving sexual favors paid for by Kim Sung-jin, CEO of tech company I-kaist.

Police said Wednesday they cleared the names of Lee and his associate of evidence destruction on Oct. 13 for lack of evidence, after concluding the alleged footage and documents confirming Lee received sexual favors did not exist in the first place, based on phone call recordings, text messages and closed-circuit TV footage data.

Lee was accused of having his close associate meet up with a person surnamed Chang, who tipped off the conservative-leaning YouTube channel Garo Sero Institute about Lee, to convince Chang to destruct the evidence.

According to the Garo Sero Institute, Lee allegedly promised an investment worth 700 million won ($489,000) in a dermatology clinic in Daejeon in return for the destruction of evidence of sexual bribery.

At the January meeting, Lee’s associate, however, only received a confirmation certificate from Chang, attesting that no sexual favors had been exchanged, and he promised the investment.

Police viewed this was not enough to prove the charge of evidence destruction.

Lee and his opponents have been hurling at each other false accusation and defamation charges regarding the scandal. Lee was referred to the prosecution on Oct. 13 on charges of false accusation for suing the YouTube channel that claimed Lee received sexual services in exchange for a favor.