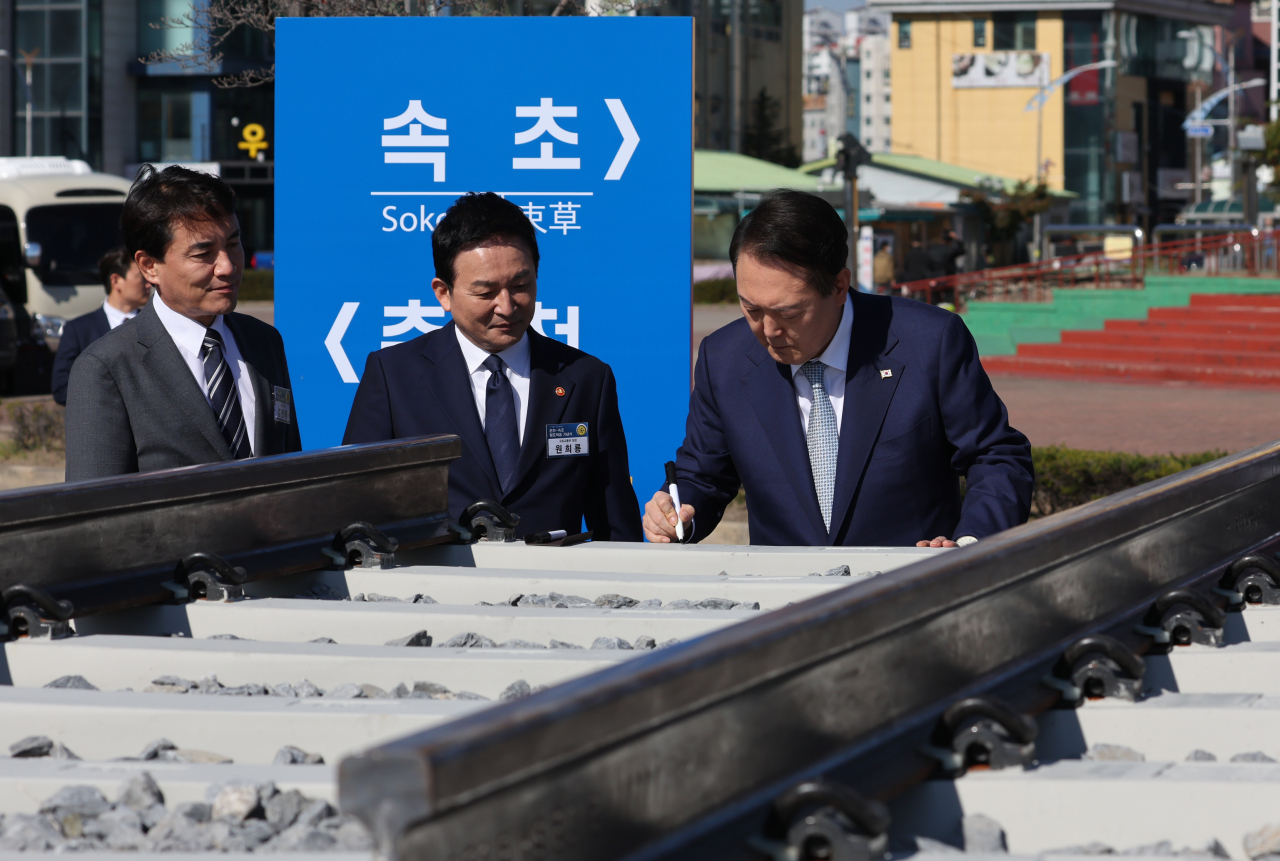 President Yoon Suk-yeol (R) signs a rail tie at the groundbreaking ceremony for the construction of an express railway connecting the northern cities of Chuncheon and Sokcho, in Sokcho, on Tuesday. (Yonhap)

President Yoon Suk-yeol on Tuesday attended the groundbreaking ceremony for the construction of an express railway connecting the northern cities of Chuncheon and Sokcho.

The ceremony was held in Sokcho, a coastal city 158 kilometers northeast of Seoul, with the participation of some 400 government and railway officials and local residents.

Construction is expected to cost around 2.4 trillion won ($1.7 billion) over six years. Once the railway is completed in late 2027, the segment will extend the Seoul-Chuncheon line to Sokcho, reducing travel time between the capital and the coastal city to 1 hour and 39 minutes without transfers, which is 1 hour 20 minutes less than traveling the same distance by car.

In his remarks at the ceremony, Yoon vowed to support balanced development across regions by expanding local transportation networks, according to his office.

"All citizens of the Republic of Korea should enjoy fair opportunities regardless of the area they live in," he was quoted as saying. (Yonhap)