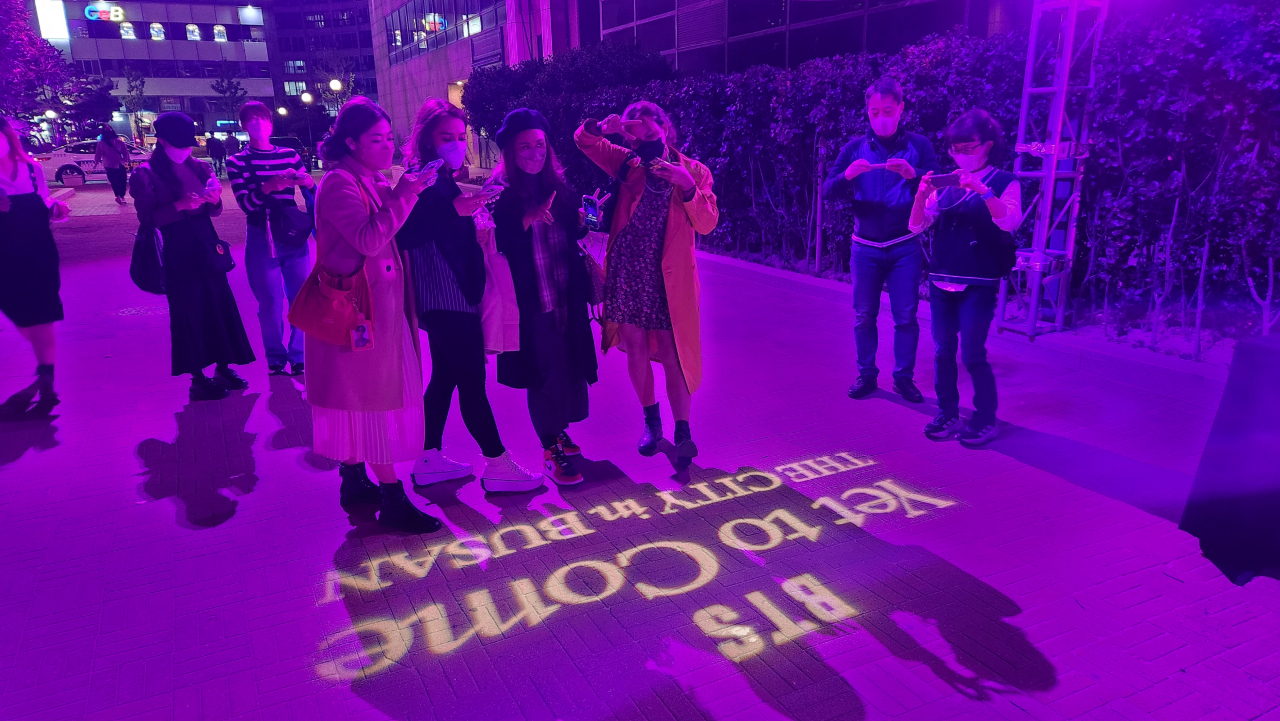 BTS fans gathered to watch the eve festival of the BTS concert at the outdoor garden of the Paradise Hotel in Busan on Friday. (Yonhap)

Boy band BTS is set to hold a concert in Busan on Saturday night to support the city's bid to host the 2030 World Expo.

The free show will be the group’s first performance in South Korea since March, when they staged the Permission to Dance on Stage shows in Seoul. It will also be the first BTS concert at a fully packed stadium, where most of the 50,000 seats will be taken by its fans, in three years.

The singers are expected to perform their hit singles, such as "Butter," "Dynamite," "Permission to Dance" and "On," as well as tracks from "Proof," including its main single, "Yet To Come."

BTS members expressed their feelings through their agency, saying, “We prepared with our best.”

Group leader RM said, “We prepared hard for one special performance. There are going to be interesting stages, and there are songs that we sing after a long time. I hope you can sing along to the song happily and run together."