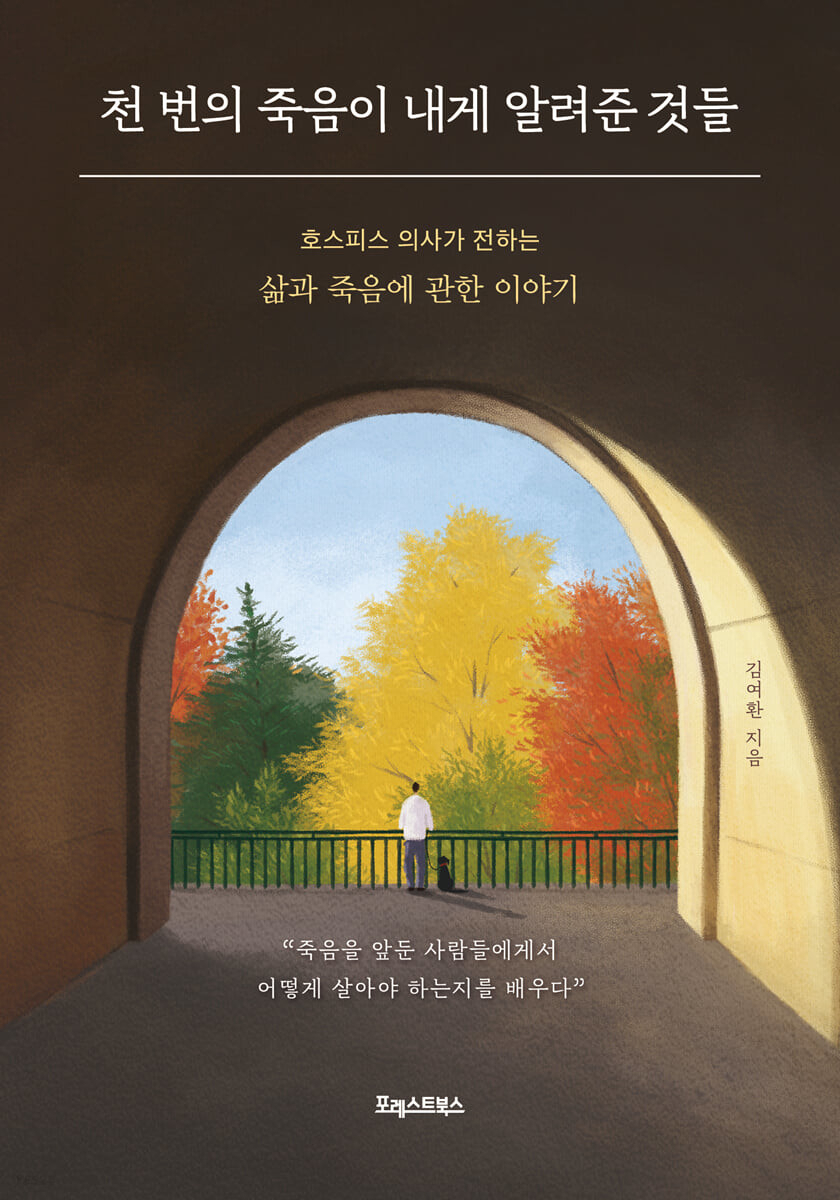 “What a Thousand Deaths Have Taught Me" by Kim Yeo-hwan, Forest Books

Death might be the only thing that comes to everyone indiscriminately, but discussing it has long been considered taboo in South Korea.

“I wouldn't dare talk about death with my parents, let alone imagine their death,” would probably be the train of thought in most Korean people's minds.

Perhaps the sudden deaths brought on by the prolonged COVID-19 pandemic and a growing number of discussions on what is considered a "dignified death" allow us to contemplate the issue. A number of books published recently is one indication of this phenomenon.

“This Is How You Will Die," “What a Thousand Deaths Have Taught Me," and “I Want a Kind Death,” which have all been published in the past year, deal with deal with the concept of death. These books, all authored by doctors, try to give an alternative perspective on death, and relieve some of the fear surrounding it.

The authors agree that South Koreans do not confront the idea of death enough or at least not in a straightforward, logical way.

“We’re living in a time when thinking about death equals failure of a life or or actively thinking of death is associated with suicide,” says Kim Yeo-hwan, the author of “What a Thousand Deaths Have Taught Me” and a former hospice doctor. “So, we try not to look at the bare face of death, but only after losing a close person like our parents, spouse, or child, do we acknowledge the reality of death.”

Giving insight into the last days of dying patients and the lessons they leave behind in her essay collection, Kim explained that people have little understanding of hospice care, which focuses on the palliative care of terminally ill patients who are close to death while also attending to their emotional and spiritual needs.

Even her son, then a medical student, once asked her why people should be interested in hospice care when they aren't about to die, and that he wanted to be a talented doctor who saves lives, not a hospice doctor who just watches them die. Her son's comments were just one example of numerous misunderstandings about hospice care and pain relief. People have a false narrative about hospice as a place you go when you give up on life, and some consider using morphine to relieve pain for the critically ill as drug abuse. 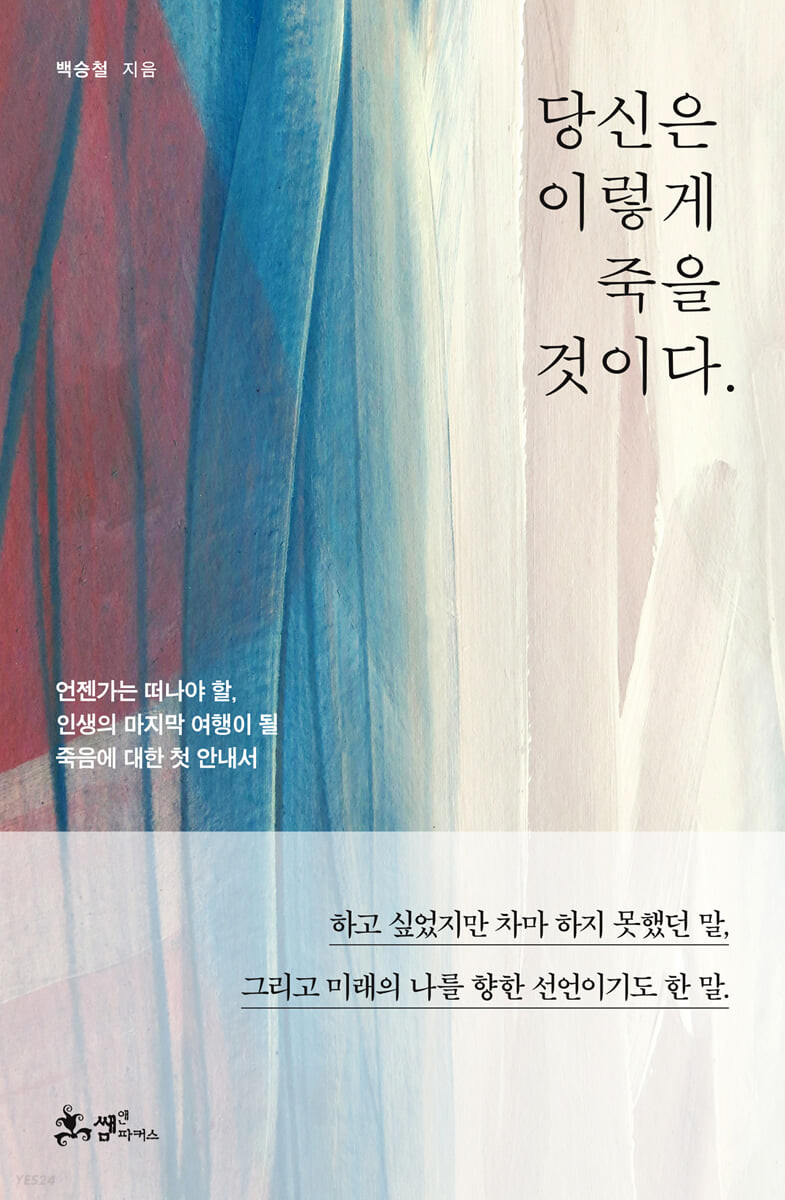 “This Is How You Will Die" by Baek Seung-chul, Sam&Parkers

“This Is How You Will Die” and “I Want a Kind Death” set out to change our perception of how we should die and remind us that the “automated death process” Koreans are accustomed to is a tragic ending to a person’s life.

Even though Koreans have long considered dying painlessly at home surrounded by their family as the happiest death, people are bound by the necessity of having an “automated death process” of being taken to a hospital, receiving life-sustaining treatment and ending life in an intensive care unit. This has become the normal practice since a particular incident back in 1997, according to Park Joong-cheol, a medical doctor and the author of “I Want a Kind Death.”

A group of doctors at a medical center discharged a severely ill patient at the request of the patient’s wife because of the medical costs. The doctors and the wife were later charged with aiding and abetting murder. Overnight, the incident changed how we as Koreans approach the concept of dying.

Up until the 1990s, the majority of people (75 percent) in South Korea died at home, with only 15 percent of the population dying in a hospital, according to statistics in 1991. During the past 30 years, the numbers have flipped. Now only 14 percent of people die at home, while 76 percent face their death at medical institutions like hospitals or nursing homes. This is higher than the UK's 54 percent as well as the US, where only 9 percent of people die in health care facilities.

Unfortunately, home deaths are complicated by the need to procure a death certificate from the hospital. “Because of this, there is no natural cause of death these days,” Baek Seung-cheol of "This Is How You Will Die" writes.

The author, a dermatologist who regrets not having had enough conversations about death with his father, said that a death certificate can be obtained only after confirmation from the hospital that the person is deceased and an inquiry has taken place. 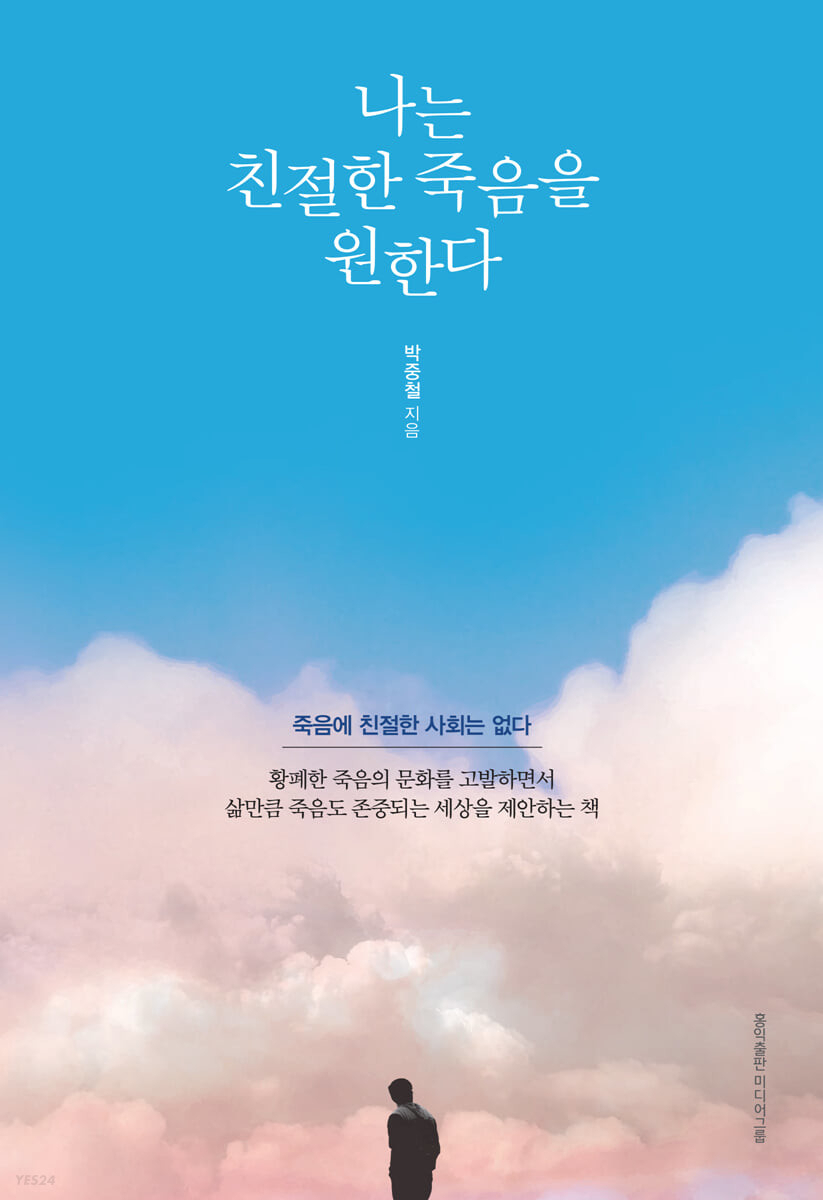 In 1971, 94 percent of people were buried upon their deaths -- a practice heavily influenced by Confucianism. Thanks to this practice, more than 1 percent of South Korea’s national territory is burial sites. While a living person occupied 19.8 square meters of land on average, the average person's burial site was 50 square meters. In 2019, 88.4 percent of South Koreans who died were cremated. In addition, abandoned burial sites that have not been maintained by family members for more than 10 years now make up 20 percent of all burial grounds.

While cremating is an increasing global trend, Kim of “I Want a Kind Death” argues that fewer burial sites is one indication of death’s isolation, as burial sites used to be very common and were often found close to homes and communities. Death is now industrialized and, more importantly, isolated and processed at hospitals, funeral homes and crematories, thoroughly separated from life, he says.

However, "hospitals, to which almost all social functions related to death seem to have been transferred, are indifferent to protecting the patient's peaceful deathbed and instead are obsessed with sustaining life against death until the end,” Kim says. As a result, the most miserable tragedy of high-tech medicine -- life-sustaining treatment, keeping a person neither alive nor dead -- keeps us from a humane death, he notes.

Both Kim and Baek argue that patients must be given more power to decide how they die.

Fortunately, in 2016 the Act on Decisions on Life-Sustaining Treatment for Patients at the End of Life was passed, and went into effect in 2018. It allows a patient to opt out of four types of medical assistance -- CPR, a respirator, hemodialysis and anti-cancer drugs. As of the end of August this year, more than 1.42 million people have registered for a Life-Sustaining Treatment Plan.

However, there are many loopholes and ambiguities in the law. For instance, nutritional support cannot be stopped, contributing to an undesired prolonging of life.

These books tell us that death is not something to avoid. In fact, this is a ridiculous/futile goal, as it eventually comes for all of us. Rather, death should be contemplated deeply and discussed with loved ones, because death is a part of all of our lives -- as significant as life itself. And as the author of “What a Thousand Deaths Have Taught Me” puts it, "If you invest your time and heart in death, death won’t change, but your life will."