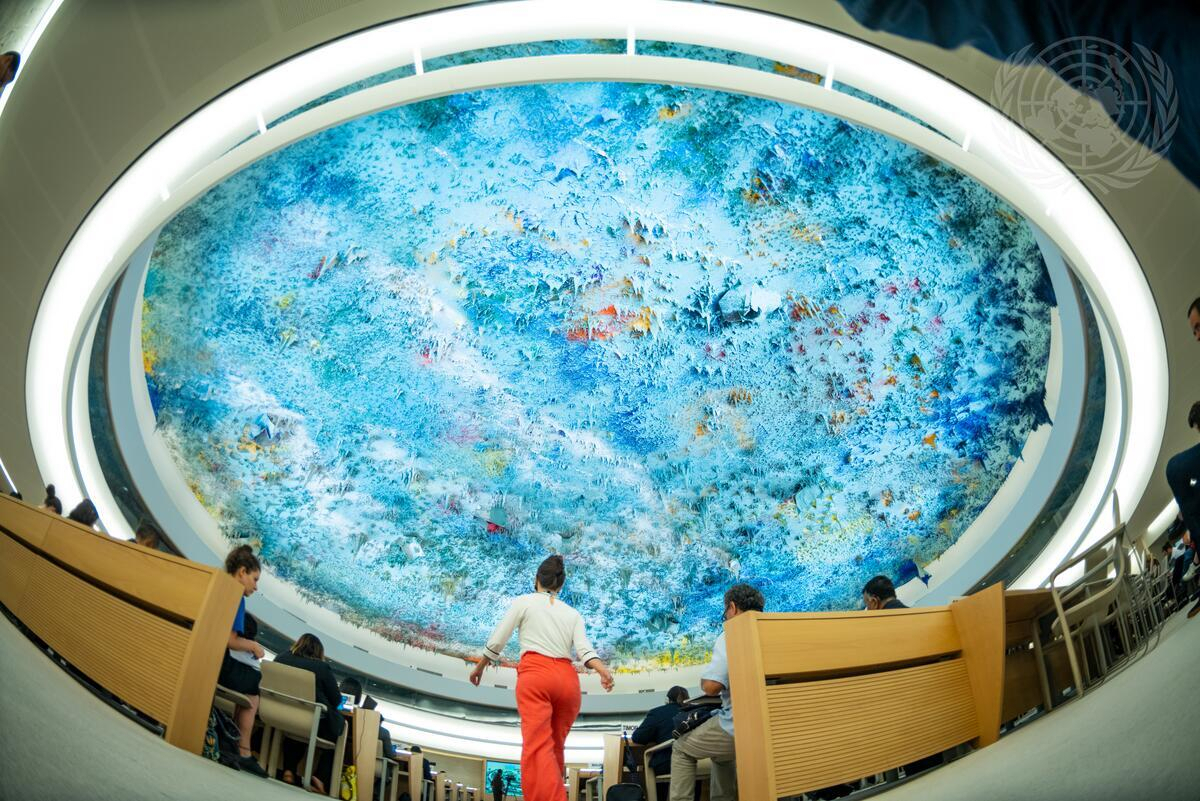 A wide view of the 50th regular session of the Human Rights Council on June 13. (United Nations)

South Korea was not reelected as a member of the United Nations Human Rights Council on Wednesday, conceding to Bangladesh and the Maldives, among others. It is the first time the country has been turned down membership since the council was established in 2006.

At the UN General Assembly in New York on Wednesday, Korea received 123 votes, landing fifth among seven Asian countries running to be part of the UN organization for the 2023-25 term.

Bangladesh secured the most votes with 160 in the Asia Pacific group, followed by the Maldives with 154 votes and Vietnam with 145 votes. Kyrgyzstan beat South Korea with 126 votes. South Korea and Afghanistan got the fewest votes, securing 12 votes and 1 vote, respectively. Bahrain withdrew from the election prior to the vote.

Seoul's Foreign Ministry attributed the result to a failure in focusing the country's bargaining power, as the country did for other elections.

This year, South Korea was up for a total of 14 elections for membership and leadership positions at international organizations, including the International Labor Organization and the UN Economic and Social Council (ECOSOC). The number of elections it is running in is more than previous years, a ministry official said.

"In international organization elections, countries negotiate to gain mutual votes or agree to exchange votes. But because we were running for multiple elections, we ran out of our ballots early on," the ministry official said, adding that it had failed to in

The country's diplomatic missions are in charge of the negotiations, and because there were many elections running at the same time, this weakened its bargaining power for the UNHCR election, the official said.

"Regardless of the result of the election, we will continue to cooperate with the international society and promote multilateral diplomacy that meets South Korea's upgraded status and fulfills the values of the UN Charter," the official said.

Until now, South Korea has been elected as a member of eight international organizations in the 13 elections that were carried out this year. Among the four elections the country has designated as its priority this year, it won only one -- membership in the UN ECOSOC.

The election for membership on the executive council of the Organization for the Prohibition of Chemical Weapons is also set to be held this year.

The official also explained that the decision on which races the country would run in was made by an election coordination committee in December last year.

For this, the ruling People Power Party denounced the Moon Jae-in administration, which finished its term in March, blaming the former government for the result.

"The failure for reelection was predictable. (The Moon administration) was servile when it stood in front of North Korea, which is the world's only dictatorship and anti-human rights state," Rep. Joo Ho-young, the ruling party's floor leader said in a Facebook post.

"In its attempt to hold North Korea's hand, (the administration) abandoned human rights and the alliance of freedom."

The Moon administration, which sought for a friendship policy towards the North had been passive in speaking out about the regime's human rights issues.

For this year’s election, 17 countries ran for 14 seats, distributed across five regional groups: African States, Asia and the Pacific States, Latin America and Caribbean States, Western Europe and other States and Central and Eastern Europe States.

The UNHCR was established in 2006 with a mission to promote and protect human rights around the world. It is in charge of investigating allegations of human rights violations in UN member states. While all decisions made in the UNHCR are nonbinding, it still has a political impact regarding human rights affairs on the international stage.