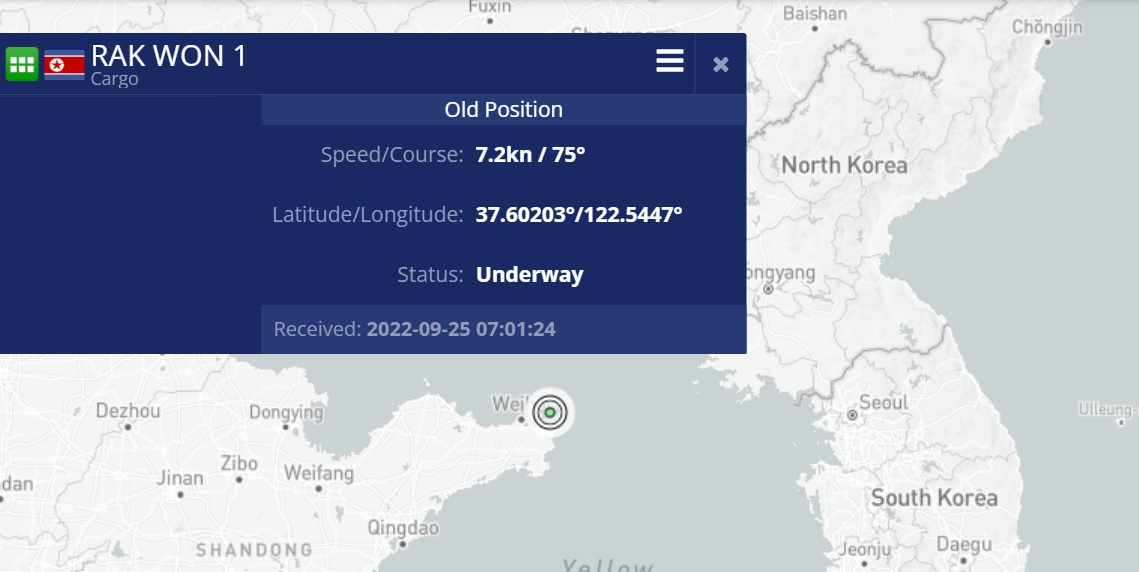 The United Nations kicked off an investigation into a Niuean vessel that appears to have been sold to North Korea after it passed by the South's Busan Port, according to local reports on Tuesday.

Citing the biannual report released by the UN Panel of Experts on UN Security Council sanctions against North Korea, Radio Free Asia reported that the UN is currently looking into a laden cargo ship, An Hai 6, that was spotted outside Nampo lock gate in North Korea around mid-June of this year.

According to Seoul’s Ministry of Oceans and Fisheries, An Hai 6 entered the Busan Port in South Korea on May 16 before taking off to Yokohama, Japan on May 18.

While it was first reported that An Hai 6 was owned by a South Korean company, the ministry corrected it was registered as a Niuean ship before it deregistered on May 23.

Citing a member state’s observation, the UN panel explained that An Hai 6 was at the port anchorage area for a crew change between the two days in May, and half of the crew disembarked. No cargo was loaded or offloaded.

The vessel did not arrive in Yokohama, Japan, its reported destination, and was found to have sent a signal to an automatic identification system near Nampo Port, according to data by MarineTraffic, a global ship tracking service. The vessel was later spotted anchored in the North Korean port on June 16.

While it did not have any flag on it in around June, An Hai 6 later put up a North Korean flag and changed its name to Rak Won 1 and traveled between North Korea and China.

While it is still under investigation as to how the vessel was acquired by North Korea, selling vessels to the reclusive regime would be a violation of a United Nations Security Council resolution that banned the act in 2016.

According to the UN report, North Korea is observed to have newly acquired 14 cargo ships and oil tankers this year.